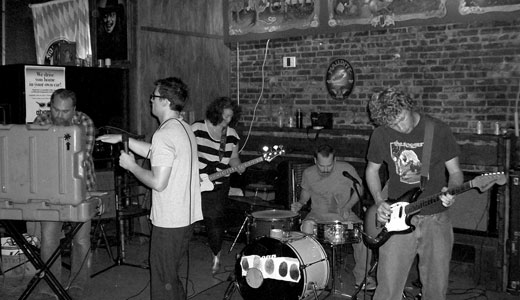 Called “a love letter from the Louisville music scene,” Head Cleaner: A Louisville Music Compilation is a collection of 46 new songs from local artists of all stripes. Gubbey Records head Dave Rucinski decided to invest himself in this “labor of love” to call attention to the scene and expose it to both locals and those in the world outside our bubble.

“It is my belief that the Louisville music scene is at the very best it has been since the mid-to-late ’90s,” Rucinski says. “There are so many styles and numerous bands in town making high-quality original music that it rivals even the biggest music scenes across the country.”

As a “history freak,” Rucinski wanted to showcase what he was seeing and hearing and preserve it “so it was not lost to the air, and could be easily found in one place in a high-quality document form.”

Gubbey announced an open call in May for artists to submit one song each. The 46 songs received made the process “overwhelming, yet extremely awesome,” says Rucinski. Another open call was made for visual art; Matt Humble’s painting of the Belle of Louisville won that honor. As for the music chosen, “No one was turned away,” Rucinski says. “We did not play favorites for this release.”

He issued it primarily on cassette, “based on our love for releasing on odd, dead formats. I grew up listening to cassettes, and they will always sound better than a CD to me.” The cassettes also include a card leading to a digital download. Due to cost, a vinyl release is not planned.

The most challenging aspects were first mastering audio from 46 different sources to make the collection sound consistent in quality and volume, and then to sequence everything to make it feel as coherent as possible. Rucinski estimates that 155 musicians contributed, in addition to the five others who helped him with backstage details.

Despite taking up a large part of the year, Rucinski and Gubbey plan to do it again annually.

The New Vintage hosts a two-night release party, Friday and Saturday at 9 p.m.