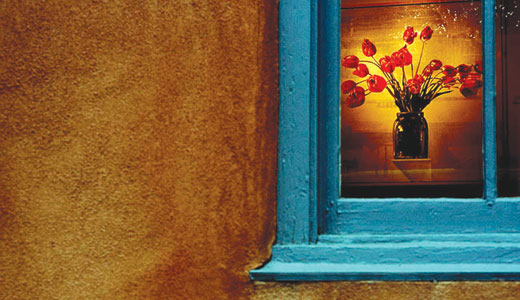 According to self-important snobs, notability only happens on the East and West coasts. Middle America’s not called the flyover states for nothing. And yet we all know there are plenty of creative minds milling around our neighborhoods.

Bill Luster is one such notable who is being lauded by two Photo Biennial exhibitions. It’s hard enough to get one show, but two at the same time? He’s certainly deserving; to say he is an award-winning photojournalist is an understatement. Yet it would take many more exhibitions to get the full scope of Luster’s window on the world (or, as he says, “Photography is the greatest time machine invented. It shows us context, space and those that love us and have loved us”).

His life with a camera started when he was 12 years old. Fast-forward to 1965 when he founded the photography department at the Glasgow (Ky.) Daily Times. The bulk of his professional career has been with The Louisville Times/Courier-Journal, where Luster moved up through the ranks to become the director of photography (he retired in 2011 after 42 years with the newspaper).

Along the way he’s photographed nine presidents, including Barack Obama, and shot the Kentucky Derby 47 times.

As you can imagine, his award list is long. Some of the highlights include receiving the Kentucky News Photographer of the Year five times as well as the 2010 Joseph Sprague Award from the National Press Photographers’ Association for his lifetime achievement in documentary photography.

His consummate claims to fame are the two Pulitzer Prize awards he received in 1976 and 1988 as a member of the C-J news team.

Both of the Photo Biennial exhibitions feature a variety of subject matter, such as landscapes, travel images and horses (Luster is an avid horseracing fan). They are retrospectives, with the 21c Museum formally billing itself as one and the Arts Council of Southern Indiana casually referring to it.

Combined together, Luster’s strengths in design, emotion and storytelling become apparent. His creativity is best served with a large-scale color image, as it lets you fall into and inhabit the space for a while.

His photojournalist eye enables him to capture scenes of stillness as well as action, as in “Canyon Road, Santa Fe, New Mexico” at the Arts Council. The blue windowsill in an adobe house directs us to a vase of flowers not as voyeurs but as appreciators of beauty. Luster’s image of an untitled monumental Martin Luther King directs his gaze away from us as the Washington Monument rises in the background.

And there are horses, always horses.

Horseracing, with its surrounding parade of paraphernalia and people, is well represented in the 21c exhibition, located in the main dining room of Proof on Main. There are saddles, hats and “Shadows at Derby,” a silhouette of a horse and rider against a white fence that’s holding in the spectators. The focal point alternates between the scenes, making it difficult to initially decide what to look at.

There’s additional travel photographs, such as the “Ohio Amish Road.” The riders in a small horse and carriage are almost incidental as the colors of the road and landscape predominate.

Luster’s lifelong photographic passion will continue (apparently he has few hobbies). That’s good for Louisville and the world.