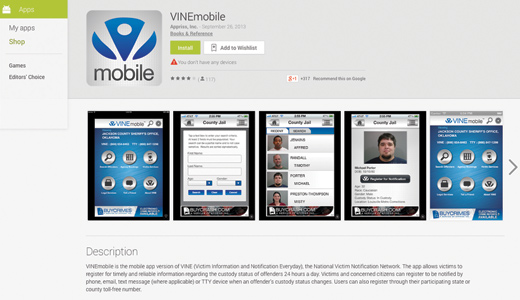 On Dec. 6, 1993, Mary Byron and her parents didn’t know the justice system well enough. They didn’t realize that somebody could, and that somebody had, posted bail for Mary’s ex-boyfriend — a man they’d had arrested weeks earlier for raping, assaulting and kidnapping her at gunpoint. It hadn’t occurred to them he might have been legally set loose, free to wander the streets of Louisville, buy a gun and wait for her outside her workplace at Mall St. Matthews.

If she had known, maybe she would have taken precautions to keep him away and herself safe. Instead, on that chilly winter day, she went to work. It was her 21st birthday. Her coworkers gave her balloons in celebration. After her shift ended, she sat inside her car in the parking lot. That’s when her ex approached her car from the driver’s side and began shooting. Byron was hit seven times in the head and chest. She died instantly.

Those who commit domestic violence often believe it’s their victims’ fault they are jailed. This means victims of domestic abuse are especially at risk when their offender is released from jail or prison. Knowing this, many prosecutors and officers at the time would attempt to notify individuals about offenders’ releases, but no local or national standards were in place. Inevitably, people fell through the cracks. Byron was one of them.

A gaping hole in the corrections system had been exposed. Public outcry was immediate. If officials couldn’t keep a cooperating victim safe from a known offender, there couldn’t be much faith in the overall system. “What ifs …” peppered conversations, and a photo of a dressed-up, smiling Mary from happier days circulated in the press.

In what a cynic might call a rare move, local government acted swiftly. Exactly one year later, the first automated notification system in the country launched in Jefferson County. Victim Information and Notification Everyday (VINE) allowed anybody to register via a toll-free phone number for automatic updates sent prior to an inmate’s release. The system also provided information about parole eligibility, status, location and sentence expiration.

“We were so pleased,” recalls Marcia Roth, who worked at the Jefferson County Office for Women at the time. “We knew we were offering something that would give victims some control over their own destiny. Victims will tell you: They feel like they’re never in control.”

VINE was an instant success. According to an archived release from the state, the toll-free line received 2,870 calls in its first 24 hours. During a seven-month period during its first year, VINE received 29,714 calls.

Mary’s parents, John and Pat Byron, helped lead the formation of VINE and, after its launch, immediately pushed for expansion of the program beyond Jefferson County. The Kentucky Legislature passed an act requiring the Department of Corrections to develop a statewide system. In an unusual turn, Jefferson County provided $100,000 in seed money for the setup of the statewide system. Additional money came from a federal grant. When Kentucky’s statewide VINE system became operational in the late ’90s, it was the first of its kind in the country.

It wasn’t the last. VINE is now available in 2,200 communities, in 47 states across the country.

The original computer used by VINE is now a relic, technologically speaking, but Appriss — that’s what the VINE company changed its name to after it began diversifying its offerings beyond VINE the system — still has the hunky piece of plastic. They keep it around to remind themselves of how far they’ve come since 1994.

After the toll-free number came email notifications and a searchable web-based database. Now comes VINEmobile, a mobile application for iPhone and Android smart phones that allows you to look up the statuses of offenders and register for phone or email notifications.

According to the Kentucky Department of Corrections, 30,118 searches for Kentucky offenders have already been made since the app quietly launched in February — more than 10,000 in October alone.

“We’re a technology company,” says Rick Jones, the director of media relations at Appriss. “We’re always looking for the most innovative ways to reach people. The mobile device has become such a big part of how people stay in touch.”

According to the U.S. Department of Justice, approximately 3.5 individuals are murdered by intimate partners every day in the United States. In 2010, Kentucky ranked 11th in the nation on the number of females murdered by males in single-victim/single-offender homicides, according to the Violence Policy Center.

A Louisville Metro Domestic Violence Coordinating Council fatality review committee biennial report released in mid-October found that 11 domestic violence-related homicides occurred in the Metro area during the 2011 and 2012 calendar years. (That amounts to 10 percent of the total number of homicides within that time span.) The police department received more than 73,914 domestic violence-related calls during the 2011 and 2012 calendar years, an increase of 8 percent from the two years prior.

In an effort to give back and attack domestic violence issues before they reach corrections officers, Appriss helped John and Pat Byron found The Mary Byron Project in 2000 to recognize and financially support innovative endeavors like VINE that attack the root causes of the domestic violence epidemic.

“What we did in Jefferson County was replicated all across the country,” explains Marcia Roth, who is now the executive director of The Mary Byron Project. “It can’t be the only innovation in the United States.”

Since 2000, the nonprofit has donated more than $600,000 to nearly 35 organizations across the country. Among its winners: a multilingual shelter in the Bay Area targeting Asian women with cultural and language barriers, and a New York City shelter specializing in transitional housing for domestic violence victims with disabilities. Unlike a grant, the money received doesn’t have to be funneled into a new project or specific purpose.

“There’s no reason to reinvent the wheel,” adds Roth. “If someone in Phoenix is doing something phenomenal and New York City wants to replicate it, go for it. You can really make a difference that way.”

In addition to doling out award money and publicity for existing organizations, The Mary Byron Project hopes to tackle the issue of workplace violence with a new initiative. Their namesake, like many others, was attacked at her work. The new initiative, which launched in August, aims to work with government entities and advocacy groups to promote training and information about creating safer workplace environments.

“Kentucky once led the country in domestic violence awareness and services. We’ve fallen back,” says Roth. “(This new initiative) is one way we can get back, get people saying, ‘Kentucky is doing this, you can, too.’"