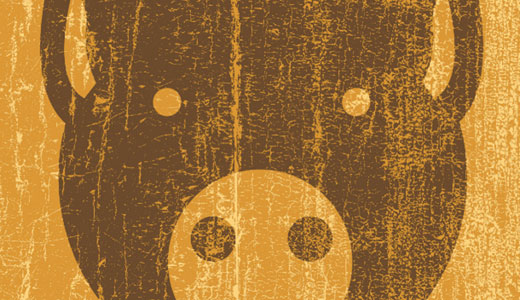 “Communion” is a new monthly concert series hitting Louisville, one that inhabits several cities across the country every month. The traveling showcase absorbs current acts already on the tour circuit and lines them up into one night of continuous sound. Brooklyn residents Rubblebucket will headline the first; you may have seen them erupting the Ocean Stage at Forecastle Festival with their frisky, funk-tinged pop. Enjoy tender vibes from Roadkill Ghost Choir, playing the dreamiest Americana floating around today. Former members of the Broken Spurs appear in the energetic, minced rock outfit, Graffiti. Willy Mason returns after joining Edward Sharpe & the Magnetic Zeros on stage in August. Calm the hell down and have Brooks Ritter sing you a melancholy tune, then count on Yacht Club DJs to keep the mash-ups flowing. —Lara Kinne

Some events speak to us with an immediate, loud clarion call — but later, details cast echoes that may not be so clear. Does the murder of Matthew Shepard belong in that category? This month marks the 15th anniversary of Shepard’s death, and author Stephen Jimenez’s new book brings into question the extent to which the Wyoming killing truly fit the definition of a hate crime. “The Book of Matt: Hidden Truths About the Murder of Matthew Shepard” has surprised some readers and angered others. Hate-crime legislation was brought about with the Shepard murder as a touchstone. But were the killers and the victim, in fact, rivals in drug dealing? The Fairness Campaign is cosponsoring this event, which includes an interview for radio. —T.E. Lyons

In a city as music-lovin’ as Louisville, movies often take a back seat. Thankfully, some have been working for years to bring the focus back to this essential and thoroughly influential medium. The International Festival of Film features 137 films showing over the course of four days — feature-lengths, shorts, docs, animation and experimental are all represented, from 250 submissions. While the organizers hope to shine light on independent and less-commercially minded risk-takers, Hollywood will also be spotlighted with a new Haylie Duff romantic comedy and a Naomi Judd tribute (now that’s inclusive!). Classes and seminars are also planned, and there will be parties; additionally, the kids get their own mini-fest. With proceeds going toward local education and jobs, you’ve got many reasons to go to the movies this week. —Peter Berkowitz

You have to love living in a town that has events with names like Porktoberfest. Sure, it may be a while before it catches up with England’s Cheese Rolling Festival or even Florida’s Felssmore Frogleg Festival, but this inaugural fest put together by the Butchertown Neighborhood Association has that kind of potential. Basically, a bunch of local restaurants will square off in a cooking competition for prize money in the categories of Best Overall, People’s Choice, Most Creative, Best Dessert and Best Vegetarian. Who will win the Porktoberfest trophy? (Hey, if you can make a veggie dish out of pork, then you deserve that trophy.) Proceeds benefit the neighborhood association, and there will be live music by Hog Operation and Johnny Berry. Apocalypse Brew Works provides the adult refreshments. Porktastic. —Kevin Gibson

Photos of steamy, overpriced cups of pumpkin spice lattes have been flooding my Facebook feed for weeks, which means Halloween must be right around the corner. Get into the spirit of the season with a night of tall tales and ghost tales at the Corn Island Storytelling Festival. Once a staple of autumn, the festival disbanded in 2007, only to be revived by the University of Louisville and devoted organizers. This year, storytellers include Oracle Award-winner Mary Hamilton, writer Bob Hill, Appalachian storyteller Octavia Sexton and Col. Bob Thompson and John Gage, stars of “Kentucky Homefront” on WFPK. The stories will be appropriate for all ages. Lawn chairs, blankets and flashlights are encouraged. —April Corbin

“It has taken five records to make one that sounds the way we do on stage,” says White Denim singer/guitarist James Petralli. Album No. 5, Corsicana Lemonade, will be released Oct. 29, and it’s a make-or-break season for the Austin-based rock dudes. Wilco leader Jeff Tweedy mixed the album and produced two of its songs; whether that’s a sign of higher artistic ambition or a crass attempt to use his fame to boost theirs is only relevant if the songs don’t hit you in the gut in the best way. If nothing else, now’s the time to pick up all the squandered fans Kings of Leon left by the side of the road (or yacht). Local favorites Nerves Junior open, ensuring your money will be spent well. —Peter Berkowitz

The Belknap Fall Festival turns 19 this year, returning to the historic Douglass Loop. The event reigns for two days with all of your local provisions: art, food, beer … and possibly some clowns. Wax Fang headlines the closing night on Saturday; the Deloreans precede them. Come early Saturday to see some Louisville originals, like Jewish klezmer band Lost Tribe or the Screamin’ John Trio. New band Muffin Resurrection plays on Friday, followed by classic rock-channelers Ted Stevens and the Third Rail. Proceeds from the festival are slapped right back into community projects. That means they do really nice things like plant trees and clean up all of the trash left behind from street festivals. Come for the community-sufficiency, stay for the Wax Fang. —Lara Kinne

Everybody knows Ben Franklin was a guy who, uh … got around. “The King’s Man” is the operatic story of a visit Franklin made to London in 1785 to see his illegitimate son William, who, much to Ben’s consternation, had sided with King George and the British in the American Revolution. “The King’s Man” is a “work in progress” composed by Pulitzer Prize-winning composer Paul Moravec and librettist Terry Teachout, the drama and music critic of the Wall Street Journal. The one-act opera will be presented with piano accompaniment this weekend by Kentucky Opera and the University of Louisville — paired with a previous Moravec/Teachout opera, “Dance Russe,” sung with full orchestra. “Dance Russe” conjures up the pre-opening drama surrounding the premier of Igor Stravinsky’s ballet “The Rite of Spring,” in Paris, in 1913. That’s the one where the audience rioted. —Bill Doolittle

One of the hottest tickets in town this weekend is the Beaux Arts Ball, the annual fundraiser for VOICES of Kentuckiana, a community chorus dedicated to celebrating diversity. Proceeds also benefit the Volunteers of America’s Care Coordinator Program, which supports local families living with AIDS/HIV. Admission might sound steep, but included in the price are an open bar and appetizers, dinner with complimentary wine, a live and silent auction, and dancing to the sounds of Amy & Freddy, a musical comedy duo from Chicago who you may have seen on “America’s Got Talent.” This year’s theme is “Paintin’ the Town Red,” so take that into consideration when picking out your outfit. —Sara Havens

Hot Buttered Rum’s music sounds better than it probably tastes. Cornmeal, an actual band from Chicago, sounds less than appetizing; big ups to fiddle pro Allie Kral for exiting after 10 years with Cornmeal this summer. She now performs with Hot Buttered Rum, and Sunday they bring the bread ’n’ jam to Headliners (her fierce enthusiasm being the strawberry jam to their white bread). From San Francisco, Hot Buttered Rum play well-executed bluegrass shaped around the chemistry of five close friends. They are known to partake in guerilla bluegrass, infiltrating restaurant spaces for a quick gig, just before anyone tries to kick them out. Let this speak to their sincerity of bringing music to the people. Captain Wingnut & the Burnt Ends open. —Lara Kinne

Forty years ago, on Pride Weekend in 1973, a fire consumed a gay bar called The UpStairs Lounge in New Orleans. About half the patrons escaped; 32 perished, trapped by the flames, smoke and burglar bars over the windows. The incident, believed to have been arson set by a customer who’d been turned away, is one of the worst mass-murders in LGBT history. No one was ever charged. Louisvillian Sheri L. Wright is chronicling the tragedy through a new documentary called “Tracking Fire” because she believes more people outside NOLA need to hear the story and make sense of the senselessness. She’s already successfully raised more than $5,000 through Kickstarter. Now, Hillbilly Tea is hosting a fundraiser for the Louisville Visual Arts Association-backed project. Five bucks get you in for a meet-and-greet with the director, crew and musicians behind the project, which begins filming next month. —April Corbin

Sometimes opposites really do attract. Matthew Cummings is best known for his sculptural glass in abstracted organic forms, such as in his previous “Gestures” series. His work in “Cummings & Hudson” is largely devoid of color and seems plucked out of the earth. Bryce Hudson, on the other hand, specializes in abstract geometric paintings. Nothing’s organic or shy in his compositions, yet these bold shapes in saturated colors “play nice” as they share the gallery space. “While at first completely dissimilar in style, once together, Cummings’ and Hudson’s works begin to play in conversation,” says gallery director Daniel Pfalzgraf. “Their immediate differences only serve to accentuate the inherent strengths and elegance each body of work possesses. (They) have an astute understanding and control over the basic visual elements that make great art.” —Jo Anne Triplett