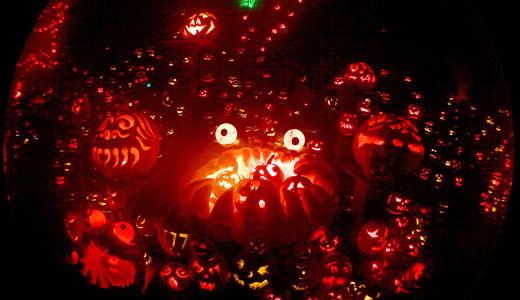 ‘The Trials of Muhammad Ali’

From the folks who brought you great films like “The Weather Underground” and “Hoop Dreams,” it’s another documentary about the G.O.A.T. (Greatest of All Time, don’t you know). This one focuses on his literal and metaphorical trials — battles outside the ring dealing with changing his name from Cassius Clay after his religious conversion, the mockery that came with that from the establishment, and the subsequent Vietnam War-inspired drama that came with his religious and spiritually inspired decision to take a multi-year suspension at the height of his powers instead of fighting a war he felt was unjust. Though his image has evolved and improved in recent decades, Ali remains controversial to some, and the sacrifices he made for many others need to continue to be recognized today. —Peter Berkowitz

We often only think about “The Addams Family” around Halloween, which is why now’s the time to see this musical comedy based on the famous family of darkness. Now they are in for something they could have never been prepared for — grownup daughter Wednesday has a “normal” boyfriend. Knowing her parents would not approve of this smart, sincere guy, she confides in her father Gomez, begging to keep it secret from his dear wife, Morticia. Besides the excessive spider webs and a hairy cousin who hangs out in the chimney, the Addams are a lot like any close-knit household. The family will be up in arms all week as the play runs through Sunday. Get in the spirit before and after the event with a cold Lurch’s Lager, now on tap at BBC in honor of the Broadway production. —Lara Kinne

You know that pale ale you had at the local pub the other week, the one that helped you remember that life really is worth living after all? You ever wonder how that hoppy goodness is created? You can find out at the Kentucky Science Center’s second annual exBEERiment on Thursday. You not only sample local beers, but you also learn what goes into making various types of beer and even how you can brew at home. Meanwhile, you can also visit My Old Kentucky Homebrew’s “Brewseum.” And best of all, DJ Matt Anthony will fill the place with music, and once you get loosened up, you can enjoy the kid-free Science in Play exhibit, where full-grown kids like you can build roller coasters, maneuver a rope maze and play in the Noodle Forest. Ah, it’s good to be a grownup. —Kevin Gibson

Future Islands are synthpop hemmed in a sophisticated aura. The former art students from Baltimore recorded their latest, On the Water, in 2011 while staying at a waterfront space in Elizabeth City, N.C. The stay bestowed fluid sounds reminiscent of Bowie by way of Samuel T. Herring’s style of sprechgesang — a subdued animation of spoken lyrics, a comfort for those seeking an experienced voice in this cutesy-laden synthpop world. It’s hardly pop when it comes to the escalating vibration of their music, which slides between slow-built ballads and gentle, fast-paced beats. The music resonates flashes of beauty in a dark, synth dream. It’s a proper slot for locals Kaleidico and a solo Dane Waters (of Sapat and Softcheque) to also share their undated sounds. —Lara Kinne

Big Daddy is back in town. From the Louisville Repertory Co. comes a theatrical mash-up the likes of which you’ve never seen: Take three masterpieces by a Pulitzer Prize-winning playwright, stick them in a soap opera blender and watch as moments of comedic gold come spewing out. “The Glass Mendacity,” written and conceived by Maureen Morley and Tom Willmorth of Chicago’s Illegitimate Players, takes Tennessee Williams’ classic plays (“The Glass Menagerie,” “A Streetcar Named Desire” and “Cat on a Hot Tin Roof”) and spins them into a tangled web of interconnected families and heightened melodrama. The spoof will thrill Williams newbies and theater aficionados alike in a romp of familial dysfunction. As Big Daddy sums it up, “This whole family crawls around in lust, greed and weird behavioral traits.” —Jennifer Harlan

He’s not exactly The Prodigal Son, but still, Scott Elliott has tales to tell, and the much-praised author’s upcoming reading/signing at Carmichael’s Bookstore does qualify as a homecoming. Much of Elliott’s childhood was spent in Louisville, before he started making his own trail around the country as a teacher. His last decade has been spent in the Pacific Northwest, and a very special locale there is the setting for his second novel. “Temple Grove” offers multiple viewpoints that show the friction between utilization and preservation in the lands near Olympia National Park — and what that friction can do to people’s hearts. The characters must deal with the ways of the people of the Makah Nation, for whom the Olympic Peninsula is much more than a beautiful landscape. —T.E. Lyons

Art Sanctuary is a meeting place for the undead and barely alive on Saturday as Flash Mob Fundraising hosts their annual “Thrill the Ville” Halloween party. Bust out the fake blood early and come see the most organized recreation of Michael Jackson’s “Thriller” in town, a staple from the Terpsichore Dance Co. Makeup artists will be onsite to assist those not quite zombified or sugar-skulled enough. Then, indulge in some skull-shaped confections catered by Zanzabar vs. Taco Punk vs. Queen of Sheba vs. Los Aztecas in a Day of the Dead-themed food contest. Music entertainment will be provided by House Ghost and the cascading folk-rock of Dr. Vitamin. More participation means more benefits to arts organizations in Louisville, the ones who make strange events like this possible. —Lara Kinne

The syrup of ipecac has often been used to irritate the lining of the stomach in order to induce vomiting, an old doctor trick recommended to parents whose babies have accidentally ingested something poisonous. More recent studies have shown there are better ways to treat such conditions. While art is not officially one of those ways, a little bit of art never hurt anyone (unless it was at Mellwood — boom!). For this pre-Halloween show, artist and Zombie Walk co-founder Lyndi Lou has organized the gleefully lowbrow McGlone brothers — Devin and his sib Sean, known professionally as S8N — who specialize in tattoos, cartoons and horror imagery. Live performances by Skull Avalanche, Pelts, CJ Prof and B-Rad accompany the visuals. Scary? Gross? Yeah, and that’s why it’s awesome. —Peter Berkowitz

You know you’ve made it when you appear on “The Colbert Report” and your clip gets called the “best segment ever” all over the Interwebs. Just ask Vicco, Ky., Mayor Johnny Cummings and Police Chief Tony Vaughn, whose tiny coal town of just 334 was highlighted by the hit Comedy Central show for being the smallest town in the United States to pass a fairness ordinance, shattering the stereotype that LGBT acceptance and small-town life are mutually exclusive. Cummings and Vaughn will be special guests at the Fairness Campaign’s annual cocktail party fundraiser, where one “behind-the-scenes” volunteer will be acknowledged for their hard work. Mayor Greg Fischer will also make an appearance. —April Corbin

Artists are thrilled to be in an exhibition. Two shows at the same time are extraordinary. Three — priceless! Julie Baldyga has done just that; besides her solo show at StudioWorks, she’s also featured at Les Filles and the Kentucky Museum of Art and Craft. “(She) has not let her diagnosis of an intellectual disability get in the way of making her remarkable art,” says StudioWorks manager Al Gorman. “Being born into a creative and artistic family has had its advantages for Julie. Making art was seen as being a natural extension of being alive.” Baldyga’s show features her oil pastels, ceramic sculptures and soft sculpture. It’s usually easy to spot her work because of the subject matter — women fixing things. She’s intrigued by all things mechanical and uses that knowledge in her art. —Jo Anne Triplett

Vicki Byrum Dennis is a storyteller who works in both words and art. “The story might be found in a serene wooded landscape, a portrait, a flower or buried more deeply in a mixed media abstract,” she says. “But the story is always there. My goal as an artist is to lead viewers into the heart of the story, using shapes and color to guide them.” The watercolor, acrylics and collages she has on display at Gallery 104 are the result of her putting writing on a backburner and learning to paint full-time. Not that the writing has completely gone away. “I have found many similarities to writing and painting,” Dennis says. “In each, there is a fine balance … trusting the subject (will) take you where it needs to go.” —Jo Anne Triplett

Cross your fingers this isn’t the week pumpkins gain sentience and mobility, because there are now 5,000 of them gathered near Iroquois Amphitheater. If those things decide to form a floating orange militia and exact revenge on humans for hollowing out their insides and making pies with them, we’ll be in deep trouble, at least until the fruit ninjas are sent in. And what if they don’t animate and swear off humans? Well, then you and your family can enjoy a friendly stroll through the Jack-O-Lantern Spectacular, a 500-yard wooded trail lined with 5,000 pumpkins carved by local artists. New pumpkins and themes will rotate through the three-week attraction, which is set to music. I can feel the glow of those tortured pumpkin souls — I mean, the lights inside them — already. —April Corbin