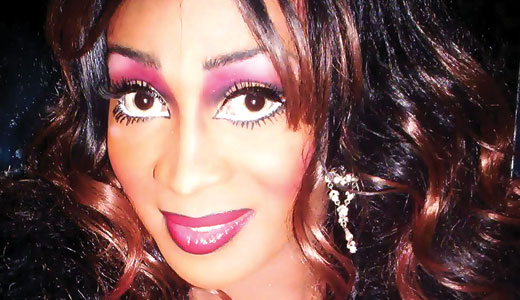 Emerald City resident and solo guitarist Marisa Anderson arrives in Derby City for an intimate show at one of our most intimate quasi-venues. Greenhaus has lately become a staple of the home-show-not-in-an-actual-home scene, hosting musicians who can perform sitting down and/or in small spaces — and because they don’t rely on such shows for paying the bills, it can get as weird as it wants. Anderson’s not the weirdest, though; her twangy, bluesy playing on electric and steel guitars suggests Duane Eddy on downers, in a good way, the soundtrack to a morning at Dennis Hopper’s house in the ’70s before the survivors wake up again. The pieces on her latest album, Mercury, all clock in under three-and-a-half minutes, suggesting a very alternative idea of perfect pop songs. —Peter Berkowitz

We Listen For You presents a night of fine folk artists tonight with headliners Quiet Life of Portland bearing goods from their newest, Wild Pack. They step off the Oregon trail (insert “see what I did there?”) on a tour fueled exclusively by used cooking oil spent in the engine of their beloved van. They are frugal outlaws, having traveled beyond 100,000 miles on burnt oil in two years. That thrifty mindset says a lot about their rowdy, garage folk-rock — a fun-loving demeanor to experience live. Portland partners Hip Hatchet join them this evening on a melancholy side of the coin; gorgeous finger-picked backgrounds latch onto the deep chords of vocalist Philippe Bronchtein, who accents their lush tunes with woodwinds, organ and piano keys. Justin Paul Lewis is also on the bill, a rising local favorite. It’s time to get folked up. —Lara Kinne

Each year the Louisville Ballet showcases an in-studio set of contemporary and classical dances. This season’s program is strong in works first shown in their 2013 Choreographers’ Showcase. “Andante” by Ashley Thursby “started as an experimentation of partnering, as many of the lifts and turns are complex and require a great amount of control,” she says. “The difficulty for the couple, of course, is to execute this without showing the audience their effort.” Another work from the Choreographers’ Showcase is the contemporary piece “Saligia” by trainee Sanjay Saverimuttu. Artistic director Bruce Simpson commissioned Brandon Ragland’s neo-classical ballet “Allegro Energico” especially for “Studio Connections.” The rest of the program features the classical pieces “La Esmerelda Pas de Deux” by Marius Petipa, “La Vivandière” by Arthur Saint-Léon and “Grand Pas Classique” by Victor Gsovsky. —Jo Anne Triplett

Once again, Louisville’s favorite drag queens and kings will be pulling balls for a good cause — all proceeds from Drag Queen Bingo go to the Louisville Youth Group, which provides a safe space for LGBTQ youth and encourages positive life choices. Thursday’s event features Connection favorites Terri Vanessa Coleman and Hurricane Summers, first-timer Maverick, and Lady Duchess and Mystical Jackson, who will be roaming around the showbar selling raffle tickets and making sure all your bingo needs are met. Prizes include cash cards, tickets to the ballet and Derby Dinner Playhouse, gift certificates and much more. Disclosure: I will be on stage as well, helping the ladies and gents pull the balls. I promise not to take over the mic again. —Sara Havens

“So I was sitting in my cubicle today, and I realized, ever since I started working, every single day of my life has been worse than the day before it. So that means every single day that you see me, that’s on the worst day of my life.” Peter Gibbons of “Office Space” said it, and many have felt it. But what if there was a drug to fight workplace depression — if, with just the pop of a pill, you could chase those office blues away? That’s the premise for Kate Fodor’s new play “RX,” on tap now at the Bard’s Town. In this wacky and heartfelt comedy, researcher Phil has been entrusted with the first major trial of experimental treatment Thriveon, with Meena his patient. Can Thriveon cure Meena? Can Meena cure Phil? Can office romances ever work? —Jennifer Harlan

Ninety-nine seasons of theater on stage, 99 seasons of shows! And what better way to celebrate a near-century of CenterStage than with the world’s longest-running musical? Seen by more than 65 million people in 42 countries, “Les Misérables” has won a whole slew of international awards for its epic saga of love, revolution and a people’s vibrant desire for freedom, told through the incomparable music of Claude-Michel Schönberg and Alain Boubil. This production marks the musical’s local premiere, appropriate for a theater that, with its centennial anniversary next season, will officially become the oldest theater in Kentucky. Many performances are already sold out, so you’ll want to get your tickets ASAP. You’ll laugh, you’ll cry and, by night’s end, you will have earned yourself a big ol’ glass of French red. —Jennifer Harlan

Animal welfare advocates know that sometimes humans can be monsters and do terrible things to innocent animals. Luckily, there are good people who provide medical treatment, rehabilitation and safe homes for these four-legged victims. There are also good monsters, and they’ll be partying Saturday at the Monster Mash Costume Ball benefiting The Arrow Fund. Live entertainment, a cash bar and appetizers, coffee and dessert from the Bristol, and a silent auction will keep you entertained. More importantly, the money raised helps dogs like Reba, an emaciated mastiff who’s nothing but bones, skin and tumors, or Cher, an Italian greyhound mix currently confined to an oxygen tank while she receives treatment for a heart condition. —April Corbin

As long as you’re not an old curmudgeon who hates fun, you probably love the fact that almost every warm weekend in the Highlands is met with parades, pub crawls or parties of some kind. I’m right there with you. We should all give the Highland Commerce Guild a round of applause for sponsoring the 10th annual Bardstown Bound BooFest, because it basically encompasses everything good in life — walking, drinking, eating, shopping, costumes and trolleys. “Totally Boss!: Acoustic ’80s Explosion” is at The Bard’s Town at 11 p.m., WHY Louisville is sending out a gaggle of ghosts bearing free candy to wander the streets, and there will be costume contests at Bearno’s and Valu Market. (And if come Sunday you want to stay outdoors, head over to Frankfort Avenue for the last Food Truck Sunday of the season. It runs from 11 a.m.-4 p.m.) —Sarah Duncan

Just as true crime stories, with their forensics and procedural timelines, are the most compelling thrill for many mystery readers, so it is that some ghost-story aficionados will gladly throw over a whole pile of Stephen King bestselling novels in favor of “real accounts” where the history of recognizable places reveals a portal to the supernatural. For years, author-spouses Roberta Simpson Brown and Lonnie E. Brown have delivered recountings of regional folklore. The Browns’ newest volume is “Kentucky Hauntings: Homespun Ghost Stories & Unexplained History,” and it captures creepiness at great variety — urban legends along with scary or weird whispers about the darkest backwoods hollows. As you’ll see Saturday at Carmichael’s, this author team enjoys showing how the paranormal has insinuated itself into many little corners of Kentucky’s culture and social traditions. —T.E. Lyons

There are many young Africans, but these Young Africans are 20-22-year-olds who are all alumni of the African Children’s Choir, musicians and dancers who tour to earn money and awareness for the communities they have briefly left behind. Free shows such as this accept any donations one might want to give to their causes; education, care, relief and development programs all benefit from the kindness of those more fortunate. Plus, it’s a fun show. TYA show off unique instruments and dances picked up in Kenya and Uganda, through their evolution from child stars to grown-up talents. The ACC’s parent organization, Music for Life, works in several African countries, creating new leaders and a better tomorrow for all of us. —Peter Berkowitz

Circle Takes the Square quickly rose to prominence after their 2004 debut, As the Roots Undo, exploded into speakers everywhere and grabbed for our hearts. This now-considered classic album was baptized in the sounds of ’90s screamo, and yet it transcended that tag by offering no allegiance to any one style. Just as soon as they appeared, they quickly fell into a lengthy hiatus. Now they’ve finally re-emerged and started out strong with last year’s release of Decompositions: Volume Number One. We Louisvillians are in for a special treat as they will be playing twice on a double bill. This is going to be a riveting night aided by an eclectic number of local bands featuring something for most people’s tastes, leaving little excuse not to be here basking in the lull of live bliss. —Austin Weber

Artists, being creative people, naturally want to expand their horizons and try new things on for size. Dobree Adams, best known as a fiber artist, has quickly become a photographer to watch and is one of the founders of the Kentucky Women Photographers Network. CRAFT(s) Gallery carries her textiles, but now is also showing 34 of her photographs as part of the Louisville Photo Biennial. The curator of the show is Barbara Hano. “Her work is a journey of revelation beyond the frames and into the mystery of nature — its power, glory, intensity and evanescence,” Hano says. “She makes us see and feel anew the poetry and art of nature, overwhelming us with beauty.” The show, originally scheduled to end Oct. 31, has been extended to Nov. 2. —Jo Anne Triplett