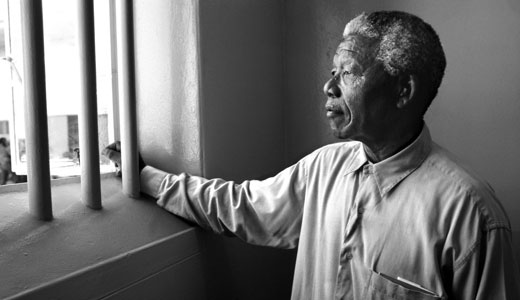 “A photograph is usually looked at — seldom looked into.” —Ansel Adams

There should be plenty of “looking into” photographs since the Louisville Photo Biennial is back in town, with a guarantee of excellent exhibitions, artists and events. What began in 1999 with a handful of shows at Swanson Cralle East Market (now Swanson Contemporary), Galerie Hertz, Zephyr Gallery and the Erin Divine Gallery (now PYRO) has grown to its largest yet with 57 exhibitions. The current ringleader of this eighth incarnation is Paul Paletti, owner of the self-titled photography gallery on Market Street.

The Biennial has expanded over the years, with such past participants as the View Camera Magazine Large Format Conference, the Center for Photographic Studies and the “Canadian Invasion.” It continues to stretch, with shows this year in Lexington and Evansville, Ind.

And it’s not just exhibitions of photography. Based on focus weekends (this year’s themes are Historic, Exchange/Generational and Exceptional People), the Biennial includes artist talks, photography competitions and receptions.

What’s great about the Biennial is that it showcases Louisville and Kentucky photographers as well as national and international ones. Some of our own creatives in solo and group shows include John Nation, Mary Yates, Bill Carner, Dobree Adams and Dan Dry.

While juror Henry Horenstein, professor of photography at the Rhode Island School of Design, awarded the grand prize to Cleveland’s Charles Mintz and the director’s award to Tracy Robb of Evansville, merit awards were given to Nichols and Southard as well as Lexington’s Nori Hall (who’s also showing at Bernheim Arboretum and Research Forest) and Gayle Moore from Martinsville, Ind.

Historical exhibitions are memory lanes, especially ones that combine photography with a soundtrack. “Backstage Pass: The Photographs of Baron Wolman,” about the first chief photographer for Rolling Stone magazine, is at the main branch of the Louisville Free Public Library, and the Gallery at the Brown Hotel has jazz photographs by C. Thomas Hardin.

The one that had me singing loudly off key is “Motown in Black and White” at the Muhammad Ali Center. As a devotee of 1960s Motown music (I’ve even visited the original studio Hitsville U.S.A. in Detroit), I knew this was going to be inspirational. We have Al Abrams for thank for its existence. My only complaint is that it’s not larger.

Abrams was at the right place at the right time, an 18-year-old who ended up being Motown’s first publicist from 1959-67. The exhibition features his personal collection. Thank goodness he held on to the publicity stills, costumes and albums from his tenure. Also on display are TVs featuring Motown performers such as The Supremes, Marvin Gaye and the Four Tops.

Some of the photographs could be labeled “Odd Groupings,” such as Stevie Wonder with Paul Newman, Joanne Woodward, Ruby Dee and Tony Bennett (Wonder was in New York City to receive the BMI Award). Another one is Phil Silvers (TV’s Sgt. Bilko) with Martha and the Vandellas.

“The focus of ‘Motown in Black and White’ is on Motown, its music, its history and the diversity of its ‘family,’” Abrams explains. “The photographs are the feature. They tell a wonderful and uplifting story about kids who grew up Motown. They made music their passion; they made Civil Rights history together without even realizing it. And that is how Motown achieved its crossover sound, sold vinyl and became a successful record label. These kids who grew up together had differences, but none of that really mattered. Motown was not obsessed with skin color but rather with making one sound for one world.”

When I worked in Washington, D.C., and museum colleagues found out I had lived in Louisville, many gushed about U of L’s Photographic Archives (now part of Archives & Special Collections), citing it as one of the best in the nation. Their Photo Biennial exhibition, “Under the Skylight: Louisville’s 19th Century Portrait Studios,” takes viewers back to the 1860s-90s. This was the time when card photographs, such as cartes de visite and cabinet cards, were popular visiting cards.

Prior to many businesses having electric lights, Louisville photography studios, such as Stuber’s and Bergman’s, used skylights as their light source. They put the sun to good use, producing images of self-composed children and headshots that were treasured by family and friends (and an interesting collectable today).

21c Museum Hotel continues to bring outstanding contemporary art to Louisville with exhibitions by international artists. They are currently showing “Portraits” by the French artist Pierre Gonnord and South African Mohau Modisakeng’s “Personal and Political.” They slipped a Louisvillian into the mix as well — Bill Luster, whose work is also being shown at the Arts Council of Southern Indiana in New Albany.

Speaking of international photographers, the exhibition at the Paul Paletti Gallery is the talk of the town. “Mandela! Struggle and Triumph” by David Turnley features images of Nelson Mandela, a Turnley family friend for more than 30 years.

The Pulitzer Prize-winning photojournalist was able to chronicle the fight to end South African apartheid by photographing Mandela’s personal struggles as well as the passion of the people who followed him. Featured are a timeline of photographs, from his 27-year imprisonment (“Robben Island, Cell 46664”) to his 1994 election as the first black president of South Africa, on up to a 2005 image of Mandela relaxing at a barbecue.

“David’s images of South Africa before and during Mandela’s release, and those taken through the years of his presidency, are an important part of history,” says Paletti. “David has photographed Mandela and the struggle against apartheid as much as any photographer in the world. There are many heroes in the global civil rights movement, but Mandela’s story is one that will be remembered for generations.”

Personal favorites feature Mandela’s expressive face, as in “First Moments of Freedom” focusing on his joy as Archbishop Desmond Tutu greets him after his release from prison. Another stirring photograph is “GOTV for Nelson Mandela,” a pre-election image of a young woman as she walks carrying campaign posters. There’s even a Louisville connection, with Nelson and former wife Winnie Mandela meeting Muhammad Ali at the United Nations in 1991.

Turnley will be at the Paul Paletti Gallery for a reception in his honor on Friday, Oct. 25, from 5-8 p.m.

Looking forward to future Photo Biennials, Paletti says the Society for Photographic Education is the stepping stone to 2015. “(It) came out of an informal meeting with photography educators in Kentucky in November of last year. We’ve done extraordinary things with no money; in 2015, we will have to do things that are more sophisticated.”

As successful as the Louisville Photo Biennial is, Paletti stresses it is time to put the money where the mouth is. “Galleries and museums have made this happen out of their own pockets. People in Louisville need to start buying art. In supporting visual arts in general, it’s important to buy original art works. Galleries do layaway plans — I wish I had known that early on. It (costs) far less than buying Starbucks every day.”

CHEDDAR BOX TOO
• “Landscapes/Skyscapes” by Carolyn Courtney — Through Oct. 31

CRAFTS(S) GALLERY
• “A Decade of Intimate Landscapes” by Dobree Adams — Through Oct. 31

FLAME RUN AT GLASSWORKS
• “A Conversation with Glass” — Through Nov. 23

GALLERY AT THE BROWN
• Jazz photographs by C. Thomas Hardin — Through Nov. 3

HOWARD STEAMBOAT MUSEUM
• “The Howard Photographs: A Family, a Shipyard and an Era” — Through Oct. 31

KAVIAR GALLERY
• “She” by Lee Ann Paynter — Through Nov. 2

KENTUCKY MUSEUM OF ART AND CRAFT
• “Gene Spatz: The Art of a Paparazzo!” — Through Nov. 3

METRO ARTS CENTER
• “Silence and the Pinhole Photograph” by Danny Drake and Marty Edlin — Through Oct. 30

PORTLAND MUSEUM
• “Portland Through the Eyes of Children: Sixteen Years of Children’s Photography at the Portland Museum” — Through Oct. 31

REVELRY BOUTIQUE-GALLERY
• “Fight or Flight” by Susanna Crum — Through Oct. 30

SWANSON CONTEMPORARY
• “Underground and Over the Seas” by Bob Hower and Bill Carner — Through Oct. 30

ZEPHYR GALLERY
• “Evidence of Consumption” by Robert Mitchell — Through Oct. 30