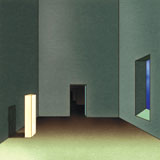 You could probably tell from the name that there is little conventional about Oneohtrix Point Never. Part pastoral drone, part spastic synth exercise, Seven exemplifies the cartoonish noise-meets-pensive ambiance pastiche producer Daniel Lopatin excels at creating. It would be fair, if a bit misleading, to call Seven collage-based, given Lopatin’s propensity to paint with such broad strokes, but that would take away from his compositional prowess, well apparent here. Each sample sounds specifically placed to induce a specific feel or mood. Emblematic of this is the all-too-brief “He She,” using a simplistic plucked banjo (or like instrument) as both the anchor melody and rhythm section while placing heavily edited vocals as the “lead” instrument as such, in turn producing an atmosphere both organic and wholly digital, but which creates a fully immersive and emotional sonic landscape.