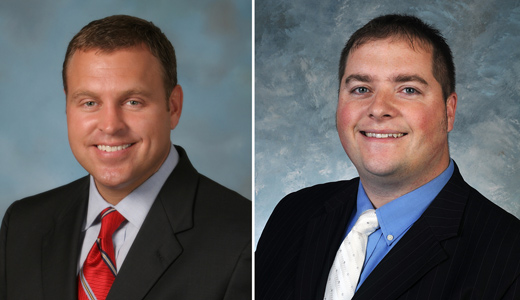 Throughout Kentucky every year, thousands of women who are the victims of domestic violence seek, in addition to criminal charges, a civil emergency protective order from the courts in order to keep distance from their perpetrator immediately to ensure their safety.

But for those women in a dating relationship who have never been married or lived with their perpetrator — and do not share a child with him — this request for an EPO must be denied by the judge, according to Kentucky law, even if the need for it is critical.

Kentucky is one of the last remaining states in America to not afford the right of seeking an EPO to such dating partners — male or female — though domestic violence prevention advocates hope that will soon change in the next session of the state’s General Assembly beginning in January.

While legislation to extend such rights to dating partners has easily passed the state House in recent years, it has continually died in the Senate without coming to a vote. In this year’s session, the bill finally was given a hearing and vote in the Senate Judiciary Committee, where it passed by a 7-1 vote, but once again was not called to the floor of the Senate by Republican leadership.

With a new Republican ally chairing this Senate committee, as well as a decade worth of research showing the value of such legislation, advocates are optimistic Kentucky will soon catch up to the rest of the country.

In 1984, Kentucky passed a domestic violence bill allowing protective orders for married couples that became a national model for other states, amending it twice by 1992 to extend such protections for ex-spouses and those living together or sharing a child. But since then, every other state besides Kentucky, South Carolina and South Dakota has extended those rights to others dating partners.

Sherry Currens, executive director of the Kentucky Domestic Violence Association, says the speed of civil protective orders are vital for all at-risk women threatened by an intimate partner.

“Unlike stranger crime, this person knows where you live, your friends, your work schedule and your family,” says Currens. “So we need to be able to minimize that contact and minimize the accessibility to the victim.”

National studies have shown that half of all intimate partner violence occurs between unmarried couples, with young women between the ages of 16 and 24 experiencing the highest rate of such violence. Carol Jordan, the director of UK’s Center for Research on Violence Against Women, found that more than 36 percent of students at the school had experienced such victimization, though the problem is not exclusive to young women.

“We also need to recognize, particularly with our aging population, there are a lot of (older) women who may be widows or not wanting to make a commitment to a person at that age, and start dating someone who is violent,” says Jordan, noting that 26 percent of senior women will experience such violence. “They can’t have access to civil protections in our state today, either, and I think that’s outrageous.”

Darlene Thomas, president of the KDVA’s board of directors, says that in her line of work, she has seen women from all walks of life in Kentucky turned away from such access to protective orders, jeopardizing their safety.

“We run into that barrier every day with people who really should qualify for protective orders but can’t,” Thomas says. “Domestic violence doesn’t discriminate. People who inflict that kind of trauma on another human being do not care if they’re living together, married or have a child in common. So our court system needs not to discriminate and label it, because it cannot be labeled by that very narrow definition.”

But this proposed expansion of the legal definition is what critics have pointed to in their opposition, arguing that expanding the definition of dating partners will clog up the court system with frivolous claims.

Carol Jordan says that her research on the subject has refuted those claims, noting that when other states expanded EPO rights to such dating partners, they only experienced a slight increase in civil orders sought, not the flood critics fear. She says that and the effectiveness of EPOs is why the bill has the support of the Commonwealth Attorneys Association and the County Attorneys Association.

Rep. John Tilley, D-Hopkinsville, is once again sponsoring the legislation next year, which will be HB 8. Tilley is optimistic the bill can pass the Senate, due to more members becoming educated about the ability of the court system and judges to handle additional cases, as well as research showing that for every dollar spent in the system on EPOs, the state saves $31 from subsequent costs avoided in the criminal justice system.

“I’m optimistic it will pass this session,” Tilley tells LEO. “There are plenty of votes to pass the bill. I think the majority in the Senate supports the measure and sees the critical need for it.”

One key ally for advocates in that chamber is the new chair of the Senate Judiciary Committee, Sen. Whitney Westerfield, R-Hopkinsville. Whereas the previous chairman vocally opposed the bill and never allowed a vote on it in committee, Westerfield allowed it to pass by a 7-1 margin in the last session and has publicly advocated for its passage.

In an interview with cn2’s “Pure Politics,” Westerfield admitted that some of his conservative Senate colleagues might have a problem with the legislation extending the same rights to same-sex couples — the language is gender neutral — but that is not an issue for him.

“As a Christian, I don’t agree with some of the lifestyles others choose, but also as a Christian, I am to love my neighbor as myself,” said Westerfield. “And there are people… who are in legitimate danger who could benefit from this very immediate protection, and I think that’s something we should do.”

But even with Westerfield’s support, getting the bill to the Senate floor is another hurdle to jump. Asked why the bill did not come to a vote in the full Senate last year and if Senate Republican leadership would allow one next year, caucus spokeswomen Jodi Whitaker answered, “There were issues with last year’s legislation that simply were not resolved. I’m sure the topic will be discussed again at this year’s caucus retreat.”

Asked what those specific issues were, Whitaker replied, “There were several different issues raised by more than one legislator.”