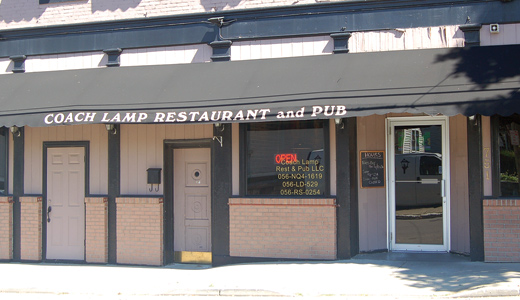 OK, I am just going to come right out and say it: I am so over Food Network. Have been for years, really. She’s like an old flame, full of bad memories of a romance I try to suppress now that I’m no longer quite so young and stupid.

Oh, I loved her back then, I truly did. She was late coming to Louisville, and I lusted after her in my heart when I read my friends’ stories online about her seductive wiles. And when she finally came to town, sometime around the turn of the millennium, as I recall, I was smitten, so smitten.

I would watch for hours, lapping up food-geek goodies from a cable channel that seemed designed for cable’s original purpose: “narrowcasting,” sending gallons of goodies down a narrow pipe to a small audience for whom it was specifically designed. But that was then, and this is now, and Food Network left me long ago. It dropped the wrinkled old faces and started going with the pretty faces, and they didn’t seem to care if the pretty faces could cook. I quit watching. Then I dropped the cable.

But my cable heartburn doesn’t mean I’m not happy that Louisville’s Coach Lamp restaurant and the Darling family, its affable family proprietors, are winning a few moments of Food Network fame.

If you’ve kept up with the local foodie blogs, you probably know that Food Network Chef Robert Irvine came to Coach Lamp this past summer with his “Restaurant: Impossible,” which declares the victim eatery one of America’s “most desperate restaurants,” on the cusp of failure. Irvine rounds up a team of volunteers, musters a $10,000 budget and gets busy trying to turn the business around.

Irvine’s effort here involved a lot of cleanup, paint-up, fix-up, a new menu and, perhaps most significant, a shady, comfortable new patio, which they’ve dubbed Brooke & Billy’s Back Patio, apparently as part of the re-branding.

They’ll unveil all this on Food Network on Wednesday, Nov. 6. I’ll be curious to see if any further news comes out then.

Meanwhile, my pal Dana, also a local food writer, and her husband Brian joined me the other night to check it out. Dana, who’d been by after Irvine’s “big reveal” in August, said she didn’t want to say anything to influence my opinion, but I couldn’t help noticing the eye roll.

Me, I’ve always liked Coach Lamp and couldn’t scent the stench of failure myself. Its historic 19th-century store building is lovable, its bar is neighborly and inviting, its dining room casually upscale. I liked it when Chef Jerome Pope was in the kitchen, and I liked it, more recently, when Katrina blew Chef Richard Lowe in from New Orleans with his Creole cuisine.

Sure, it’s a bit off the radar — just a little too far from the Baxter-Bardstown strip, not NuLu, not Germantown. But that’s not a problem Irvine can fix. Its combination of good food and good mood seems to keep people coming in. So what’s with this “most desperate restaurant” thing?

The new patio is a delight, shady and comfortable, and some cosmetic work inside, with black tables and bright red chairs, has brightened the dining room a bit. The new menu is maybe a few bucks lighter on the wallet: Small plates are $5 to $12, and mains max at $20 (for a prime rib-style rib-eye steak).

The service was friendly but a little strange. We had to ask separately for beer, wine and bourbon lists, for example, and felt a little guilty when just about every question required a trip to the kitchen to inquire. We were there on a weeknight, but it still felt kind of weird to be the only people dining there. All the hype about Irvine’s visit doesn’t seem to have translated into loaves-and-fishes-level crowds.

The food ranged from “meh” (a watery, bland mac-and-cheese side) to pretty good (the hefty B&B burger, a $10 item the menu said was made with “braised” bacon but happily was not, ordered medium-rare but served well-done), to better still (the $14 fried chicken, a gargantuan slab of boneless breast, juicy and flavorful within a crisp buttermilk crust fried grease-free).

The Caesar ($6) had plenty of anchovy umami, the vertically constructed crab salad ($9) passed muster, and while no Tuscan would have recognized Coach Lamp’s take on panzanella ($9), the simple mix of lettuce, diced tomatoes and large, crisp toasted croutons tasted fine.

Sides of collards and fries were so-so; a $10.95 veggie entree featured a smallish grilled portobello that gained significantly from thick-cut slaw, grilled asparagus and veggies.

In lieu of desserts, we indulged in Coach Lamp’s beverage program with BBC Amber Ale ($5) and glasses of Rowan’s Creek ($9.95) and Old Forester Birthday Bourbon 2011 ($11.95) from its Bourbon Trail-worthy list. The 60-item list, unfortunately, reveals no prices, necessitating more information-gathering trips for our server. With the drinks, dinner for three came to a pretty reasonable $91.