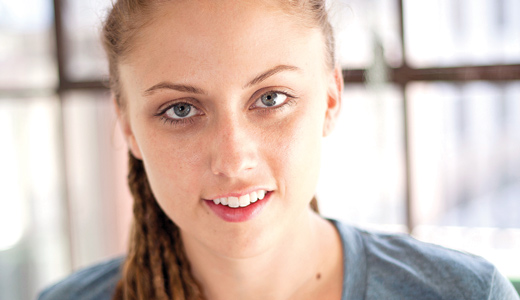 Let’s get one thing straight: I am not normally a fan of reality TV. The dramatic music, the cat fights, the he-said-she-said orchestrated drama … it’s just not my cup of tea. One glaring exception to this rule, however, is the extravaganza of ingenuity and fashion known as “Project Runway.”

I’m a “Project Runway” purist, a devotee of the Bravo days when Daniel Vosovic’s cheekbones, Christian Siriano’s hair and Santino’s tales of Andre and Tim Gunn at Red Lobster graced my TV screen. My viewing habits have waned, I’ll admit, in recent years, as the show made the transition over to Lifetime, but even now I love the thrill of each week’s challenge, watching as a dwindling number of designers turn wildly disparate materials — from newspaper and plants to macaroni or tires — into gorgeous pieces of couture (or auf Wiedersehen-worthy hot messes, as the case may be). Luckily for me, the folks at the University of Louisville’s costume shop are also fans of the show, and they’re offering us a front-row view of the action at their own competition this weekend.

As any “Project Runway” viewer knows, each episode needs a challenge, whether that means designing a figure skating outfit for an Olympic medalist or creating outfits out of the clothes on your back. U of L issued a similar mission to the five theater arts students participating in their competition: Create a unique outfit (complete with make-up, accessories and back story — this is a theater competition, after all) for Disney princess and whistling worker Snow White, re-imagined as the lead singer of her very own heavy metal band, Snow White and the Seven Dwarves. And, in true reality TV fashion, there was a twist: Each contestant was also assigned a decade, with their heavy metal outfits emerging from either the 1930s, 1940s, 1950s or 1960s. As Tim Gunn would say, “Make it work!”

Costume shop manager Melissa Shepherd says the competition is a great opportunity for students to test their designing chops, while also giving them a taste of the high-pressure situation of designing for a professional show. “This puts them in the driver’s seat of design,” she says.

The students were each given $100 per costume, and although this week did not include a frenzied trip to Mood Fabrics, the pressure is still on as they make the most of the money and materials they were given. It’s a professional development moment, as well as a competitive challenge. As Shepherd explains, “They have to learn how to balance their own budgets with their creations just as theater professionals do.”

The competition comes to a head this weekend as the students put the finishing touches on their ensembles. Models will show off the designs, and a panel of judges, including former “Project Runway” contestant Alicia Hardesty (a Brandenburg, Ky., native who competed in Season 10), will ultimately decide who is in, and who is out (cue dramatic music, cut to commercial).

See you on the runway.