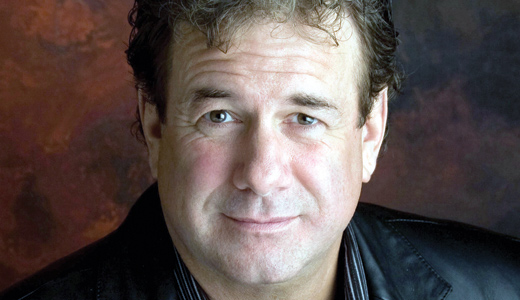 Ken Rogerson is an industry vet you’ve probably never heard of. The man’s been road-dogging it for the better part of three decades now and has honed a comedy style and enough stories to fill a book (which he’s currently writing). He’s been seen on “The ‘Rescue Me’ Comedy Tour,” “Billy Gardell Presents Road Dogs” and “TBS LOL Lounge,” and his fans include Lewis Black, Lenny Clarke and Steven Wright.

LEO: Is this your first time in Louisville?
Ken Rogerson: Oh no, I used to go to Louisville a lot, man, way back. Early ’90s, late ’80s — there was a club there, I think it was called Shirley’s.

LEO: So you have friends here?
KR: Yeah, my buddy asked if I wanted to play golf while I was in town. I said, “Sure, whatever you want, but if we can sit on your deck and smoke cigars all day, that’s OK with me, man.”

LEO: The good ol’ days?
KR: No, they weren’t. I’m writing a book about recovery, because I partied for a long time. And people will say, “Well, at least you have some good memories.” And there’s the rub — no, I don’t. I survived, so I guess I’m a lucky one, because I had a lot of friends that didn’t make it.

LEO: So is this going to be a memoir?
KR: It’s a book about addiction, basically — my story. There’s a reason you’ve never heard of me — two of ’em: drugs and alcohol. I was not without promise years ago, but who knows? Maybe I’ll get lucky and rally in the fourth quarter. But it was a party time back then, that horrible, horrible drug. I talk about it in my act because you have to laugh about it; otherwise, you’d blow your brains out. You think of the money you spent, and you’re, like, “I could have a house on Martha’s Vineyard right now.”

LEO: I’ve had that very thought looking at my own sordid past.
KR: Yeah, I know, I’ve wasted a lot of time. If I had spent as much time taking acting classes and writing scripts as I did sitting in parking lots waiting for some nitwit to show up with drugs, I’d be much better off right now. But I’m alive to tell the tale. A lot of my friends aren’t.

LEO: A comedian once told me about Quitting Day, the day you decide this is what you’re going to do. Do you remember that?
KR: There’s absolutely a day. I was working at Sears, I was called the Merchandise Control Clerk and, to this day, I don’t really know what I did. One day, I was sitting in the parking lot having lunch, listening to an interview with Bruce Springsteen, and he said that one day he just decided to become a rock ’n’ roller or starve trying. I went, “You know what? Fuck this, I don’t wanna work in this office.” I put my car in drive and never went back. I said, “I’m gong to become a comedian or starve doing it.”