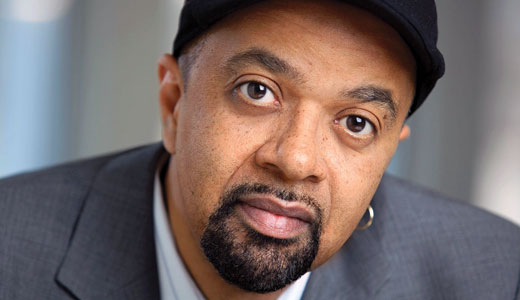 In college, I was invited to join the John Brown Anti-Klan Committee. Believing it would be morally lame not to, I attended a month’s worth of meetings, and on the whole, I found them to be as tiresome as a pack of raving lunatics can be.

Like John Brown himself, the committee members were all white. And, like Brown, their target was the oppressive White Establishment. Unlike Brown, who, in the mid-19th century, gunned down actual pro-slavers (his actions ultimately leading to the beginning of the Civil War), the 1970s JBAKC planned meetings in order to plan subcommittees to plan still more meetings about the possibility of, say, protesting William Styron’s publisher for allowing a white man to make up lies about black history. Or Pete Seeger’s record label.

But now I’m in. James McBride, the Mark Twain of our times, has written the funniest satire of the past quarter century. In “The Good Lord Bird,” McBride reconceives John Brown’s mission through the eyes of a 10-year-old escaped slave boy (Henry Shackleford) pretending to be a girl named Henrietta, nicknamed Onion. This little cross-dresser, under the protection of John Brown and his entourage of weaponry-toting Christian zealot sons, gets to witness history as it is being fought between the pro-slavers and the free-staters, while the Browns make their way from Kansas eastward, finally ending up in that infamous raid on Harper’s Ferry.

Along the route, dodging death and every kind of devilment, the freedom fighters meet up with the likes of Frederick Douglass and Harriet Tubman. It’s serious business but with laugh-out-loud exchanges on almost every page. Frederick Douglass, for instance, was not only the esteemed abolitionist we’ve all learned about but also a lech and a glutton, or, as Henrietta puts it, “That man put a hurtin’ on a kitchen.”

Here is Little Onion’s first impression of Douglass: “He was a short man, the top of his desk was nearly as high as he was. He had a big head for such a tiny person, and his hair, standing on end like a lion’s mane, loomed over the top of the desk.”

Throughout literary history, we have met many a heroine who disguises herself as a boy or a man, but seldom do we find the male disguised as female in order to have the greater adventure. It’s a bold move, the first of many on the part of McBride in imagining this story. It’s bolder than Django in Tarantino’s “Django Unchained.” It’s subtler, as well, in that “The Good Lord Bird” shows far more gradation of belief in and feeling toward the concept of servitude. In ways, it reminded me of what Shalom Ausslander revealed in “Hope: A Tragedy,” about what he deems the Anne Frank Industry, proving that a feisty farce can be the most effective means of understanding history.

The kid gloves are off. Please, let us have more of this kind of treatment.

McBride will read from and discuss his novel on Monday at the Louisville Free Public Library. The event is unfortunately sold out.