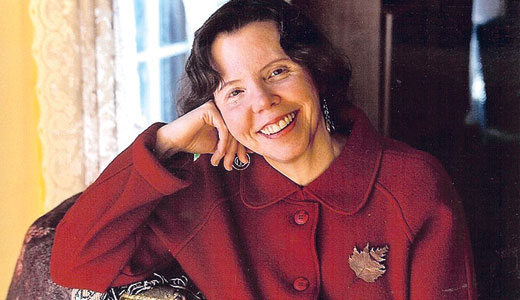 Sunday’s afternoon reading/signing at Carmichael’s is certain to be more than some of the author’s most recently printed pages coming to you in the author’s voice with occasional eye contact. George Ella Lyon — treasured Kentucky writer of poetry and prose — loves teaching too much to not talk to an audience about their own voices.

She also is unabashedly enthusiastic about the material she wrote for her new collection, “Many-Storied House” — even the material that needed to be pruned away during editing. As Lyon sees it, “Some of the poems in there now are funny or droll, but there were more. I miss some of those, but — y’know, of all the books I’ve written, I think this is the one I’m closest to. So I understand that I couldn’t always see what needed to stay and what needed to go.” It’s an irony, this relationship with her editors — because deciding what will stay and when things will go are important themes in these memory poems of a childhood home that becomes the place where parents age and get sick, and that eventually must have its contents packed up or sold off.

Lyon has produced more than three-dozen books, reaching a variety of age groups. But now she has employed a clever structure to hold fast a collection of deep personal recollection and affecting poignancy. The “House” is introduced via two pages of floor layout in the book’s front matter. As readers proceed through major sections, we go upstairs, outside and into the downtown of Lyon’s hometown of Harlan, Ky. (especially during the 1977 flood). But there are also minor demarcations, as the turn of one page may reveal a note on the footer indicating we have moved on from the library’s sweetly homespun humor (“Interior Design”) to the hallway where, “By the Laundry Hamper,” a harrowing moment of childhood pain was sealed into caustic memory with what seems to be a casual betrayal.

The University Press of Kentucky’s volume generally moves forward in time. Lyon tells LEO how the first poem, “Provenance,” originally included the house’s construction by her grandfather as a gift to the next generation: “When my parents married, they wanted a library in the house. My parents were the first in their families to go to high school, much less college. Reading was their passion, and so that’s what they wanted. And so, when Papaw designed the house, he put that room in. I thought that story was important — but now I just tell it when I read (at signings).

Several literary devices are used to quickly but gently bring us close to Lyon’s family and their voices. For example, one page comes directly from her father’s journal. “He mostly kept what I guess you’d call a daybook, and his journals are in the calendars that insurance agencies used to give — spiral-bound calendars with just a little room for each day,” she says. “Often he just made some note about business or family — so it might just be a sentence. But when something bigger happened, like an illness or the flood, then he wrote more. So that ‘Worst Flood in Harlan County History’ poem is all verbatim.”

The gentleman can certainly be proud of the girl he raised to become a poet and teacher. Attendees at the reading/signing will learn how the development of family and hometown poems into a collection was a matter of adapting a teaching exercise that Lyon has often employed since she picked it up from Rita Dove (in a process Lyon charmingly compares to the passing along of a sourdough starter): “I began the poems (that make up ‘Many-Storied House’) many years ago. But in my mother’s last illnesses, and in taking apart the house, it became much more urgent. I think as in any extreme situation, you have to do practical things in the world that are really beyond you at the time — and then later on comes the emotional work and the sorting-out and understanding. We all have to do it one way or another — whether we take a house apart or not. But I’m hoping this will be a thing readers identify with, and that maybe readers will reflect and write about their own experiences. Because it started with this exercise that I’ve done with writers of all ages: Everybody’s got those rooms full of memories. If you just ask the right questions, they come pouring out. It’s sacred work, I think.”