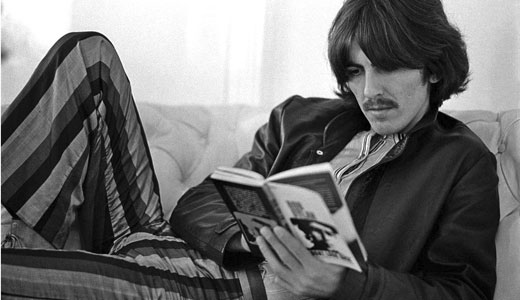 Rock ’n’ roll royalty has come to Louisville by way of a collection of original Rolling Stone magazine photographs. “Backstage Pass: The Photographs of Baron Wolman” features 25 iconic photos by the magazine’s first chief photographer and will be on display through Oct. 30 at the Louisville Free Public Library.

Included in the exhibit are photographs of Chuck Berry, Little Richard, Jerry Lee Lewis and Johnny Cash, as well as an image of Jim Morrison that was used on the cover of the fifth issue of Rolling Stone.

“The one of Jimi Hendrix at Fillmore West in San Fran is probably Baron Wolman’s most well-known image,” says Paul Burns, manager of marketing and community relations for LFPL. “His photo of the Grateful Dead on the steps of their house in Haight-Ashbury is pretty iconic, but the image of Grace Slick is especially cool because it was taken at Woodstock.”

Burns says that while baby boomers who view the exhibit seem to have the strongest connection to the images, there is truly something for almost everyone. “I think one of the appeals of this exhibit is the breadth of musical genres represented — blues, jazz, rock, folk, country,” he says. “And while the photos were taken in the late ’60s and ’70s, the music and the careers of these musicians span decades and generations. These photos are part of America’s rich music history and represent some of the most important moments in arguably one of the most significant periods of change in popular music.”

This is evidence as to why the photographs resonate strongly with those who were into music in the late 1960s. Those people were there when these photos were new, when popular music was in an important period of growth and transformation.

“One lady even told me, ‘You’re going to see a lot of the AARP crowd. This is our music,’” Burns says. “And I was actually talking to a guy the other day who lived in Haight-Ashbury in the early ’70s.”

But that doesn’t stop younger viewers from stopping to gaze at photographs of artists who are still performing today, such as Steven Tyler of Aerosmith.

Asked which photograph is his favorite of the collection, Burns says, “George Harrison. I’m a big Beatles fan, for one thing, but I really like the intimacy captured in the photo. It’s just George, sitting on a couch at Apple Records, reading a book.”

This exhibit is part of the Louisville Photo Biennial.