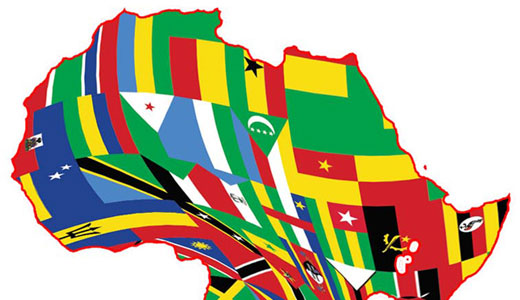 This is not going to be the typical reading/signing. The author won’t let the evening run smoothly. Elements within the audience will probably figure it a waste of time if there are no raised hackles. This past spring, a series of essays from veteran community organizer Chris Crass was published under the title “Towards Collective Liberation.” The author is coming to Carmichael’s, but another speaker is also scheduled: Fairness Campaign representative Carla Wallace will talk about the local LGBT community. This evening could be a powderkeg: Crass is a student of — and champion for — direct-action campaigns for economic justice and against racism and sexism. He sees the 1999 Seattle action at the World Trade Organization Summit as one example of previously underrepresented voices being heard and having impact — but how might its lessons be applied for today’s concerns in our region? —T.E. Lyons

Move over, Justin Timberlake. Nothing against you, JT, you’ve already exceeded our expectations, but frankly, sir, you’re lucky that Mayer Hawthorne hasn’t received a similar level of press and hype to you. We’re not sure who would win that battle, on a level playing field, but the chance to see Hawthorne in Headliners, a notably more intimate spot than the Yum! Center, is a nice treat. Maybe it’s not the hype and more the timing — in the ’60s or ’70s, Hawthorne probably would have already been a big star after the three albums he’s dropped to date. But in a musical climate more concerned with Robin Thicke than Curtis Mayfield, he’s got to earn each fan one at a time; if his live show can’t do that, then you might be deaf. —Peter Berkowitz

Four years after their last album, Infinite Light, Lightning Dust has returned from the wilderness with their newest, Fantasy. But this is real and happening: The pared-down duo of Amber Webber and Josh Wells has been working hard on honing their sound. According to their bio, the Fleetwood Mac-meets-Suicide group now also “finds its inspiration in skeletal synth-pop, modern R&B beats, the films of John Carpenter and — in accordance with Lightning Dust’s only longstanding rule — absolute minimalism.” Despite the intensity of that mission statement, it’s a much more fun, sexier ride than their words convey, and best experienced in a small club late at night. It’s a sound full of atmosphere and suggestion that invites you in but doesn’t beg for it. —Peter Berkowitz

African-Americans in Louisville and Jefferson County have a long and rich history, one deserving of recognition and celebration throughout the year, not just during a predetermined “history month.” The Kentucky Center for African American Heritage tries to be the center for that cultural hub, and this weekend they join forces with Bridge Kids International, a nonprofit organization focusing on the young people of Africa and the Africa Diaspora, for the city’s first African Heritage Festival. The family-friendly event will feature food, cultural demonstrations, dance, music and children’s activities for people wishing to celebrate local residents of African, African-American and Caribbean heritage. —April Corbin

Billed as “America’s happiest music,” the jug band sound returns to the waterfront Saturday at the National Jug Band Jubilee. This truly American musical style was born here in Louisville, making its annual return as much historical tribute as concert in the park. But that doesn’t make it any less fun. Nine bands from all over the country will spin musical yarns and make everyone within earshot smile, including Louisville mainstays the Juggernaut Jug Band at 6 p.m. At 3 p.m., you can get a hands-on experience with traditional jug band instruments such as spoons and a washtub bass, and even learn how to play a washboard. Bring the kids; they need to hear this, too. —Kevin Gibson

If you live in or not far from Germantown, we don’t have to explain to you what a “shotgun house” is, right? This officially “family-friendly” (but, y’know, stuff happens) annual tribute to the neighborhood and its beloved and distinctive houses, now in its seventh year already, is presented by the German-Paristown Neighborhood Association and is held once again in and outside of the Nachbar, with seven musical acts (including 16-piece Nach regulars Your Friendly Neighborhood Big Band headlining at 8 p.m., directly preceded by a square dance with caller Johanna Sims and string band Trappers Keepers), food trucks, craft beers a-plenty and locally made art for sale. —Peter Berkowitz

Falls of the Ohio Interpretive Center

It was just under 50 years ago that four mop-topped lads from Liverpool, England, stormed America. We know them as the Beatles, and while the anniversary of their first live appearance — on the Ed Sullivan Show — is just a few months away, the Falls of the Ohio Interpretive Center is celebrating that appearance with a fundraiser. The ninth annual “Rock the Rocks” will be a tribute to the Beatles, featuring three hours of music from local Fab Four tribute group The Rigbys. There will also be an hour of jazz by Jamey Aebersold and his ensemble, a catered dinner by Terri Lynn’s Catering, local craft beer from New Albanian, wine, tea and bourbon tastings and much more. In the meantime, rest your vocal cords. You’ll want to scream loudly when The Rigbys play “I Want to Hold Your Hand.” —Kevin Gibson

Do you love Louisville music? Did you know Louisville had music awards? If not, you’re not crazy, and you still have a chance to make history by attending the very first LMAs. Like the 1928 Academy Awards, one day you can tell your grandchild, “I was there!” (Your grandchild will probably be more concerned with teleporting to Japan and back by then, but good for you for trying.) The Pass and the Bibelhauser Brothers play live, awards will be announced for every category from “Best Song” to “Best Hardcore/Metal” (oops, no jazz, or R&B … and no Kevin Ratterman for “Best Engineer/Producer”?), and the late Tim Krekel, Jason Noble, Static Major and Chilton Price will all be saluted. It’s a kick-off for Idea Fest, with an after-party at the New Vintage. —Peter Berkowitz

There are a handful of things in Louisville that signal seasonal transitions — basketball season, football season, Derby and the St. James Court Art Fair are some examples. I’d also add Actors Theatre’s “Dracula” to the We’re-More-Than-Ready-For-Fall list that begins in early September and goes through Halloween. William McNulty is back as director (and will reprise his role of Van Helsing) for the adaptation of Bram Stroker’s classic novel, which is 10 times scarier than any of these new pin-up vamp soap operas. Also returning to the cast are Marc Bovino (Reinfield), Alex Thompson (Mr. Briggs), Joe Curnette (Dr. Seward) and the creepy but handsome Randoph Curtis Rand (Count Dracula). Go get scared the old-fashioned way. —Sara Havens

The Rotunda at Metro Hall, while not exactly well suited to display art, is exciting as a gallery. The architecture lends its own drama and, when coupled with the right subject matter, complements the art. The current exhibition of the Rotunda Art Project has the proper mix of history, politics and art. The individual styles of Joyce Garner, Jordan Lance Morgan and Mark Priest highlight “a diversity of perspectives on the theme of struggle and triumph,” says curator Slade Stumbo. “Collectively, the works presented here examine the intersection between the humble and the heroic and the role of the individual within grand historical movements.” It’s best to go to the top floor to view the show, then work your way down. By the time you exit, you’ll feel downright patriotic. —Jo Anne Triplett

‘Time is on Our Side’

Every artist in Louisville, the young and the old, is invited to offer their art to be sold. Local Art in the Highlands celebrates ingenuity at any age at this fundraiser for Louisville TimeBank, a community organization whose members exchange hours of service rather than money in order to fulfill each other’s needs and to benefit the community as a whole, all for the self-proclaimed goal of “creating an interdependent, resilient community.” Time is of the thematic essence here, and artists are invited to put their unique spin on the concept, with the exhibit including more than 50 locals’ variations on the theme in such diverse media as woodcarving, painting, sculpture and more. A Girl Named Earl, otherwise known as singer-songwriter Marie Direction, as well as Bill Spencer will provide washboard stylings and acoustic strumming at the opening Friday. —Jennifer Harlan