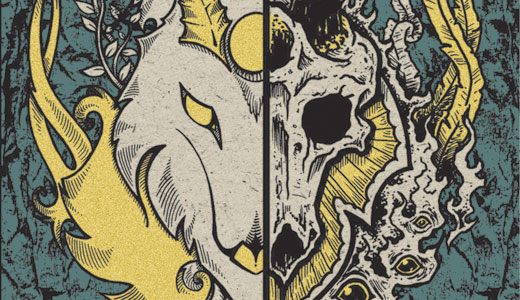 Louisville has always been a center for revitalizing old-time sounds. It’s the type of freewheeling, bourbon-loving city that attracts folks like Brooklyn’s string-swingers the Down Hill Strugglers. Everyone in this band can play banjo and harmonica, but the trio is not limited to the bluegrass style. With the strong lyrical presence of Robert Johnson and the fiddle interplay of instruments in love, these guys have seized the old-fashioned world with modern gloves. They each perform on a different set of strings, harmonizing as one bluesy soul. It’s rural-laden music to go along with a night of whiskey romance. (Maybe romance is a fantasy of the past and you drink the whiskey anyway.) Come enjoy it all in the comfort and confections of Greenhaus. —Lara Kinne

I want to marry Dessa and change the world with our pillow talk. Or maybe I’ll just go enjoy the show and spare myself the embarrassment of presenting this sticky Lifesaver ring in my pocket as a symbol of my love. The writer, poet, singer and emcee is touring her third long-player, Parts of Speech, continuing her run of flawlessly touching, head-nodding, poignant and satisfying albums. That Dessa continues to write and record at the caliber of her first leapfrogs her to the front of the pack. (Sure, it sounds hyperbolic, until you’ve listened. This is life-affirming music.) Count yourself lucky to see her in a venue as intimate as Zanzabar, and for a tenner to boot. Minneapolis isn’t just Prince and Rhymesayers anymore. —Damien McPherson

Gov’t Mule returns, supporting its just-released studio album, Shout! The Mule kicks high and powerfully, with a bonus disc of reinterpretations with guests ranging from Elvis Costello to Dr. John. The band’s time apart paid off with renewed emphasis on variety in the new songs, which should burn even more intensely in concert. From its early days as a power trio to the current, more eclectic quartet, Gov’t Mule has proven to be more than just a side project for leader Warren Haynes, who has worked with the Allman Brothers Band and various post-Grateful Dead lineups. His soulful sound, on both vocals and guitar, pulls together such disparate influences as the psychedelic-era Beatles and the reggae of Toots and the Maytals, together with the deep blues and soul for which he may be best known. —Martin Z. Kasdan Jr.

For residents of Cuba, the music culture is infectious. It was only natural for Cuban-born guitarist Alex Cuba, who taught himself to play guitar at 6 years old, to be susceptible to its beat. Now, he tours the globe to share his love for worldly sound; his shows are sensational Spanish sets, using African percussion to lay down the grooves for his Latin-inspired funk ballads. Though clearly a fan of jazz fusion, he wields a pop sensibility in the way that smooth jazz borrows from the mold of classic jazz. And he has a particular taste for singing about the ladies, whom he refers to in Spanish as las mujeres. The soulful hip-hop collective Sidewalk Chalk of Chicago will open the evening in style. —Lara Kinne

Whether you already love the Louisville Irish Fest or haven’t yet been, get ready because it’s going down this weekend. You can dig into delicious Irish vittles from Molly Malone’s, O’Shea’s, Shenanigan’s and more, while you watch Roger Drawdy and the Firestarters, Dark Moll, the Derby Boys and many other Celtic musicians. There will be a children’s activity area, professionally led Irish music workshops, a genealogist as well as gifts and libations for sale. The McLanahan Irish Dancers will be there to mesmerize you with their bouncing locks and swift feet. Active military and young children can party for free. College students, Louisville Zoo members and anyone who donates a food item will receive $1 off admission. —Sarah Duncan

Kaviar Forge & Gallery specializes in crafts. This came about largely because of the appreciation blacksmith/sculptor/owner Craig Kaviar has for the objects. He’s “a proponent of Louisville arts,” he says, “and a fervent believer in the importance of celebrating local arts and crafts.” We, the public, are the beneficiaries of that love. Our state, from the hollers to the cities, has an excellent reputation when it comes to all levels and media of craft making. As a result, we have become one of the top ranked locations with incomes derived through crafts. “Crafts in Kentucky” has 17 craftspeople displaying their work. Local artists in the show include Vallorie Henderson (fiber art), Wayne Ferguson (ceramics) and Claire Raabe (jewelry). The exhibition will open during the Sept. 27 F.A.T. Friday Trolley Hop. —Jo Anne Triplett

Bark in the Park

Since 1984, more than 8,000 dogs and cats have found loving, responsible homes through the nonprofit Animal Care Society and its no-kill animal shelter. It’s commendable, but sometimes costly, work. On Saturday, ACS hosts its flagship fundraisers: Bark in the Park and the Woof Walk. The latter is a leisurely 5K stroll through Seneca Park on which dogs and prancersizing are welcome. The former is a daylong celebration filled with events that will make you giggle with joy and wish you could adopt all the abandoned dogs in the world. They include a Howl-o-Ween costume contest, a smooching pooch contest and a pet/owner look-alike contest. Hopefully a Chinese crested doesn’t win that last one. —April Corbin

The fifth annual NuLu Festival celebrates all things local, a perfect reason to come out and share some Louisville love. Food trucks, local music, local vendors … It’s not the biggest showcase of Louisville culture, but it certainly highlights some of the best, and that’s what having a block party is about. Taking place along the 700-800 block of East Market Street, the daylong event is free and open to the curious public. Musical guests include The Debauchees, Justin Paul Lewis, The Pass and more. Also, some new additions this year: a restored beer garden outside of the Green Building, specialty bourbon cocktails by Four Roses, a mini Maker Faire and more than 70 independent vendors to cater to the unique desires of all ages. —Lara Kinne

Beer, wine, food trucks and live music? Sounds like the perfect ingredients for an outdoor party. How about you make it a fundraiser for a children’s school or something? Oh, you did? Awesome! Even more reason to pre-game at the first-ever St. James School Fall Festival in the Highlands. Affordable craft beer will be pouring from the taps while tunes by Guitar Emporium’s Highlands Rock School and music veteran John Gage entertain the masses. There will also be a handful of food trucks nearby if you get hungry, a bouncy inflatable thing or two if you bring along the kids, and arts and crafts booths if you’re in the mood to shop. All proceeds benefit the St. James Catholic School. —Sara Havens

Lions, witches, wardrobes and … black workplace comedies? Based on the little-known novel by Jesus-Lion-lovin’ and Snow-Queen-hatin’ writer C.S. Lewis, “The Screwtape Letters” is an uproarious romp of a comedy, set in a chic office in hell. Yes, you read that right: In the world of “Screwtape Letters,” up is down, God is the “enemy,” and His Abysmal Sublimity Screwtape and his creature-demon Toadpipe teach young demon Wormwood how to ruin lives and damn souls, all in the service of the devil they call “Our Father Below.” Deemed “Devilishly funny!” by the Associated Press, this piece of wicked theater is stopping by Louisville for an extremely limited engagement, so tickets are hotter than hellfire on a summer’s day. Co-creator (and the original Screwtape) Max McLean directs the production, which honors this year’s 50th anniversary of Lewis’ death. —Jennifer Harlan

Ultra Pop’s lightning quick, tight-wallet move from Bardstown Road to Barret Avenue back in April included no budget for advertising the new location, meaning owner Paul LePree’s only resource for promoting is word of mouth. This summer, Ultra Pop has been reestablishing its presence through special events, the latest of which is a book release party. Actually, make that a books release party. “Ink Alchemy Volume 5” and “8469” each feature 42 pages of all-new artwork by some talented Louisvillians. “Ink Alchemy” includes art by Jeral Tidwell and Justin Kamerer, while “8469” contains work by Tidwell and Sarah Smith. All three artists will be on hand, along with some of the original art featured in the books. If you haven’t rediscovered this quirky retailer, now’s your chance. —April Corbin

Tim Faulkner is an artist as well as a gallery owner. On the surface, that seems like it would be a good thing, because he doesn’t have to hunt around to find someplace to display his work. But Faulkner shows us it’s a daily struggle to be both a creator and a businessman in his latest series “Dogfight.” “The show began as a result of my personal desire to shed light on who I am as an artist, not as a gallery owner,” says Faulkner. “The dichotomy that presents itself when trying to separate the two often becomes a battle … The artist and painter in me was often relegated to a secondary position.” The closing reception is on Friday, Sept. 27. Also on view are new paintings by Frank Martinez and Louis Vuittonet. —Jo Anne Triplett