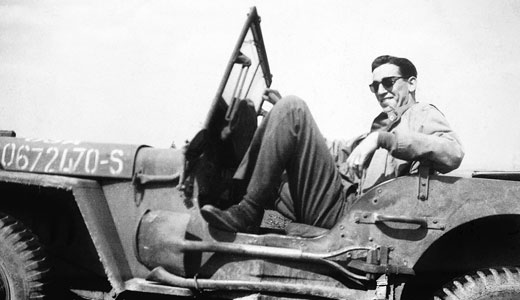 There’s a moment during “Salinger” that draws a line in the sand. You are either the kind of person who loves spending two hours learning about the world’s most reclusive writer, or you are not.

During this turning point, Tom Wolfe, white-suit aficionado and perhaps the world’s least reclusive writer, tells a story about the time his friend Charlie sat behind J.D. Salinger on an airplane. During the course of the short flight, the author of “Catcher in the Rye” had run into an old friend. Salinger, hiding in plain sight, answered the question every reporter and book-lover had been dying to know for years: What the hell happened to J.D. Salinger?

Charlie took notes, and when the plane landed, he told Salinger he was a reporter for the New York Herald-Tribune. A very spooked Salinger begged Charlie not to spill his beans.

According to Wolfe, Charlie was sitting atop the newspaper scoop of the century — a tale hundreds of reporters would have killed for. Upon seeing the honest worry in Salinger’s face, Charlie did the unthinkable: He tossed the notes in the trash.

This is the moment literary geeks fall in love with “Salinger.” It’s also the moment non-geeks shrug and patiently wait for the credits. Charlie is Charles Portis, future author of the bestseller “True Grit” and a man who also became an infamously reclusive writer.

It is during these “Zelig”-like moments where Shane Salerno’s documentary is a joy. The film is stockpiled with fascinating tidbits. For example, Salinger stormed the beaches of Normandy with an unfinished draft of “Catcher” in his backpack. Salinger’s high school girlfriend, the daughter of Pulitzer-winning playwright Eugene O’Neil, dumped him for Charlie Chaplin. The most fascinating tidbit of all explains that, after retreating from public life, Salinger continued to write every day in a Vermont bunker wearing nothing but a blue auto mechanic’s jumpsuit.

The big payoff lies with that bunker and jumpsuit. “Salinger” reveals that while avoiding the public for decades, the author wrote several unpublished books. The documentary gets the hearts of Salinger fans thumping by going into detail about each of these mysterious manuscripts.

However, if you are not one for literary trivia, “Salinger” frequently comes off hokey. Awkward, “Unsolved Mysteries”-quality reenactments often spoil the film’s breakneck momentum. It hits even larger speed bumps with head-scratching scholarly insights from actors like Edward Norton and Philip Seymour Hoffman.

At the heart of “Salinger” — beyond the thrilling minutiae and the cheese-ball moments — Salerno attempts to ask the question of whether a person whose art meant so much to millions has any right to turn his back on them. To get to that point, “Salinger” tells a story of the great American novel, psychological frailty and the public’s obsession with private lives in nail-biting fashion. Unless, of course, you’re not a book nerd.