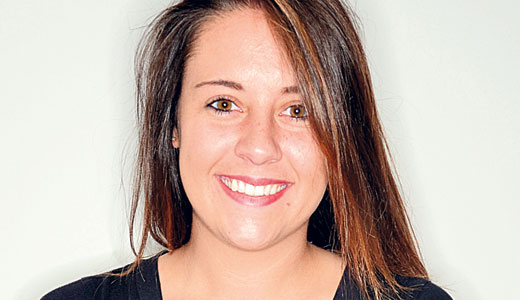 Lindsay Boling grew up kicking around the streets of Louisville and was on the forefront of our current comedy renaissance. One of our true stand-out stand-up talents, she relocated to New York City last year to take her career to new heights (ideally, at least). This week she returns to her hometown on the “J.F.K. (Just Fucking Kidding) Tour.” She took a few minutes out of her hectic schedule to chat with us.

LEO: We’re really excited for you to come back through town.
Lindsay Boling: I know! I’m super excited, as well. And these shows with Kelly (Collette) and Sally (Brooks) are going to be a lot of fun — it’ll be like three friends just hanging out.

LEO: Getting drunk on bourbon, I assume.
LB: Umm … yeah, that’ll probably happen. It’s so funny, in New York, nobody ever calls me, but I’ve already had three calls from people wanting me to do bar crawls with them when I get back to Louisville.

LEO: I think you should go out drinking with the audience.
LB: Drink with the audience? Hell yeah — if everybody, in the middle of the show, wants to get up, walk over to the Highlands Taproom, do a shot, and then go back and watch the rest of the show, I will totally do that. But I am a little concerned that I’ve lost my edge coming down there. I don’t drink much here — I’m out of shape.

LEO: Do they not drink as much in New York as we do in Louisville?
LB: People just don’t hang out as much in New York, especially in the comedy scene. There are so many shows you can do every night, you run from one open mic to the next. You’re at a show long enough to do your five-minute set, and then you say goodbye to everyone and run to do another show, and then you do that all night. So there’s no real time for relaxing and having a drink.

LEO: Is being there making you a better comedian?
LB: For sure. I mean, right now, it’s still a lot of performing for other comedians and empty bars, but you really have to be here a lot longer than I have to start getting on those really great shows. But just getting on stage every night is making me a better comic — it’s helping me find my voice. It can be exhausting, though.

LEO: Are you writing a lot or just trying to get your five minutes down?
LB: You see a lot of people just trying to work on their five minutes, but when you’re doing the open mics and the comics see you every night, you have to have two or three new jokes a week, or people will start noticing that you aren’t writing much. It’s almost a matter of being peer-pressured into writing.

LEO: Have you met Woody Allen yet?
LB: No, I look for him every day. I’m always on the lookout for Woody Allen. I think he’s hiding in sewers and dumpsters. He’s very elusive.