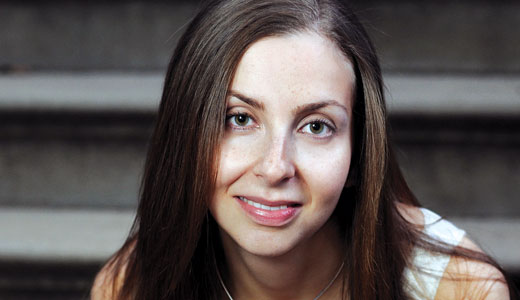 Whether one is a fan of Sir Arthur Conan Doyle’s books, the television series or the films, many admire Sherlock Holmes. The character’s ability to see details in chaos and to deduce a narrative from almost nothing are assets most adults yearn to acquire. Holmes debuted in 1887 and has remained in literary and popular culture ever since.

Enter “Mastermind: How to Think Like Sherlock Holmes,” a recent book by Maria Konnikova, who holds a PhD in psychology and writes a column for Scientific American. The book is an interesting blend of literary criticism (or, rather, adoration, in this case), self-help and psychology. Taking a fictional character and making him the goal of a modern mind is an interesting idea.

In the beginning of the book, Konnikova cites an attention-grabbing account of Sir Arthur Conan Doyle noticing discrepancies in a criminal case. Doyle was able to prove the man’s innocence by detecting something all of the law officers missed. (The man’s eyesight was too poor; he was physically incapable of the crime.) After this story is shared, Konnikova argues Doyle’s ability is how he was able to pen a character like Sherlock Holmes.

Unfortunately, much of the book is not as readable as its beginning. It is repetitive in that each scenario ends the same way. The message is to be more like Holmes, who “observes,” using meta cognition or awareness of your own thinking process, and less like Watson, who only “sees” and fails to see the flaws in following emotional prejudices or assumptions. Yet how to practically do that remains a mystery. The book is more homage to Sherlock Holmes than a provider of practical advice on harnessing his deductive reasoning.

But “Mastermind” is a worthwhile reminder of the power of mindfulness. Konnikova writes, “In recent years, studies have shown that meditation-like thought … for as little as 15 minutes a day, can shift frontal brain activity toward a pattern that has been associated with more positive and more approach-oriented emotional states, and that looking at scenes of nature, for even a short while, can help us become more insightful, more creative, and more productive. We also know, more definitively than we ever have, that our brains are not built for multitasking — something that precludes mindfulness altogether.”

Maybe a passionate Doyle aficionado would get more out of this book. Because, if you’ve read any psychology in the past — or, in my case, delved into books on perception in art school — a lot of the material is awfully familiar.

If you, like Sherlock Holmes, prefer first-hand evidence, Maria Konnikova will be speaking on Sept. 25, from 9-10 a.m. at the Idea Festival (ideafestival.com). The title of her presentation is “Mindfulness, Deep Observation and Sherlock Holmes.”