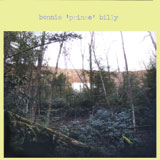 Will Oldham hasn’t run out of tricks in his 20-plus years of sharing his music with Louisville and beyond. Having played with identity and consistently challenged the music industry’s rigid rules throughout that time, Oldham’s latest twist is a self-produced, self-released album that originally had only been available at local shop Astro Black Records. The collection is his first full-length since 1994 to consist entirely of his voice and guitar, otherwise unaccompanied, and it’s telling to hear how much older and more confident he sounds now compared to then. The songs are also more confidently pervy than before — the storyteller wants you to know, and not for the first time, that he’s a bad man, and his fingers have been somewhere … well, you’ll see. On his guitar, definitely. It’s an album worth seeking out.