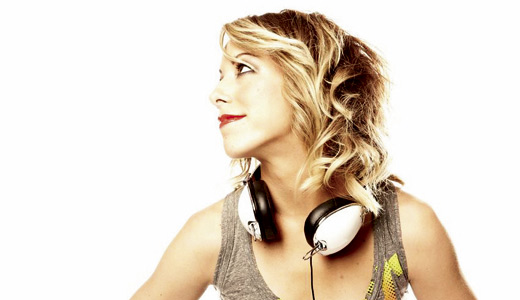 Jamie Prott, the beloved former owner of the beloved former Skull Alley, believes in the power of Tim Barry’s songs so much that he is coming out of promoter retirement for one night only to bring this legendary-in-certain-circles singer/songwriter back to Louisville. Barry is an autodidact and a doer, more interested in talking to people in real life than living online, and a current-events junkie who is wise enough to mention that he “seeks out the alt-weeklies in each town he plays” (Hi, Tim!). After two decades spent honing his craft and living with the ups and downs of that life, Barry has plenty of experiences and fills his rich country-punk songs with the details. Cory Branan and Brian McPherson open. —Peter Berkowitz

‘The Pirates of Penzance’

Those pesky pirates of Penzance probably had no idea how many places they’d turn up when they popped out of the pens of W.S. Gilbert and Arthur Sullivan 133 years ago at the Fifth Avenue Theater in New York City. Now here, they are invading Iroquois Amphitheater for a six-show run that begins Thursday night. Tony Pursley stars as Frederic, a very merry apprentice pirate with the peculiar problem of being born on Feb. 29, which complicates his plans to marry Mabel (Abigail Maupin), who is one of the fairest of the fair daughters of the very modern Major Gen. Stanley (John Youngblood). Because he has only one official birthday every four years, Frederic’s apprenticeship at sea with the pirates is due to run another 63 years, but Mabel says she’ll wait. —Bill Doolittle

If you’re like me, when you think about “The Great Gatsby,” the first name that probably comes to mind is DJ Tina T. Sure, you might have said Jay Z or Leo D, but I mean, really, can you imagine “Hard Candy” promoter Daniel Cole bringing anyone else besides TT? I mean, really. Fans of VH-1’s “Master of the Mix” have seen her work her mad magical skills on the turntables, and now’s your chance to see it all happen in person while wearing an ill-fitting attempt at a flapper dress you got 17 years ago for that other “Gatsby” party you went to that one time. (Note: Photos will be taken, so no half measures, guys — suit up or go somewhere else, OK?) —Peter Berkowitz

There are picnics, and then there is the St. Joseph’s Picnic. The Louisville institution is celebrating its 164th year of raising money for the children’s home, and this year’s funds go toward the Give Five campaign to build new cottages. Did you know the St. Joe’s Picnic will go through more than 5,000 chicken dinners during the course of the festival? Or that the cake booth will give out more than 2,000 cakes? Another delicious tidbit: The Pickled Pretties will slice and dice more than 500 pounds of cucumbers. Expect all the staples of a successful Catholic picnic: games, gambling, beer and more. The festivities kick off on Friday night with live music. —Charles Bowles

If school was this fun, I would have stayed much longer! On Saturday, Moonshine University, the educational division of the Distilled Spirits Epicenter, is offering a course on Bourbon History, complete with tastes from six bourbons as extra credit. The course will be led by bourbon historian Michael Veach, who is the associate curator of special collections at the Filson Historical Society and who just released the book “Kentucky Bourbon Whiskey: An American Heritage.” Basically, this guy has charred-oak barrels full of knowledge, and he’s offering his angel’s share of it to participants. Think of him as the Yoda of Bourbon. Just remember: “Always in motion is the future, and Jedi’s strength flows from the Force.” —Sara Havens

Do you party? The dudes at OK Productions HQ have an all-killer Saturday night laid out for you, beginning with this warehouse party-set performance by Soft Metals, the why-didn’t-the-’80s-actually-sound-like-this Nagel-obsessed L.A.-via-Portland couple. Their second and latest full-length, Lenses, came out through Captured Tracks last month. This show also serves as the official pre-party for the first anniversary party for “Stop!! Drink!! Listen!!,” the DJ night at Seidenfaden’s hosted by OK Deejays’ Narwhal and his WFPK “Night Visions” radio co-host, DJ Sam Sneed. Each week, they invite members of the local music community to join them behind the wheels — a list that has included everyone from Jim James to, uhh, lower-profile writers. That fun begins at Seidenfaden’s around 11, and it’s free. —Peter Berkowitz

Chapel Hill, N.C., punks Nö Pöwer bring their blistering power violence to Louisville in support of their new album, No Peace. Released early this year on Sorry State Records, the aptly named No Peace sees the band continuing their tradition of aggressive, bombastic hardcore. Nö Pöwer are not unlike hardcore progenitors Black Flag or Minor Threat, albeit as filtered through a modern indie lens, given the band’s use of reverb, distortion and feedback to create sonic textures (as opposed to the nonstop guitar assault often found in the genre; this is a much different kind of onslaught, but one no less forgiving). Joining them are local indie luminaries Tropical Trash and Asm A Tik, both of which offer something different in pace, although perhaps not in ideology. —Syd Bishop

‘Hanging by a Thread’ by Adrienne Sloane

Knitting/crocheting bombs, a kind of a graffiti yarn fest, intrigues me. While they may have a political agenda, most of the time they’re used to brighten up a location and have fun. Boston artist Adrienne Sloane is one of those knitters who is taking the craft out of the rocking chair and into the world at large. But she’s a “self-confessed sculptural knitter” who tackles heavy subject matter like politics, as in her project “Lobby Congress with Art.” “While there has been a resurgence in knitting and crocheting, mostly in clothing and in the frivolous … bombings … there isn’t an abundance of serious, thoughtful work being done using the medium of knit,” says textile artist and Patio Gallery director Bette Levy. “Sloane’s work dramatically fills this void.” —Jo Anne Triplett

Michael Combs is the opposite of a hunter, although most of his family is proud to say they are (the family motto is “I came, I saw, I hunted”). I’m sure he’s gotten some looks from his New York relatives, wondering where this artistic preservationist came from. Yet finding inspiration from what surrounded him growing up has given him the chance to flip it on its head. Combs’ work consists of sports imagery, trophies and the illusion of dead animals. A standout is “The Wish” of a caged buck. Long Island legend tells of an albino deer that only appears on the opening day of each hunting season, becoming the longed-for prize of the title. While technically outstanding, it commands attention for its emotional punch, sport metaphor intended. —Jo Anne Triplett

Dan Meece, also known by his pseudonym Danascopy, is presenting his newest project this month, which can be seen at Liberty Tattoo and Art Parlor. Meece claims to have been inspired by a high school teacher to “think about what it means to exist in a community.” The result of this inspiration is his exhibit “Community,” which is a compilation of sketches and writings of all sorts of people who make up Meece’s own community: family, friends, even people he passes on the street. The group of participants spans a wide range of ages and includes a child’s drawing of a man on a bicycle. The intention is to “inspire and to be inspired,” and Meece has called on all walks of life to do just that. —Natalie French