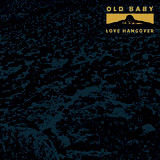 There’s an American gothic undercurrent running through Love Hangover, Old Baby’s second full-length release. Opening with a particularly tribal drum rhythm, “Into the Earth” quickly expands to include a monolithic bass line, an ethereal keyboard line and a delay-drenched lead guitar riff, all of which serve as a vehicle for the baroque vocals of singer Jonathan Wood. This atmosphere permeates the entirety of the album, making Hangover an especially melancholic affair. Given Old Baby’s penchant for dark, Americana-tinged songwriting, this is a surprisingly spry album, maintaining an unexpected momentum (given both the subject matter and material). That said, tracks like “Tired” live up to their name, a lethargic and lumbering dirge that invokes the sweltering heat of summer and malaise of emotional disenchantment. Altogether, this Hangover succeeds as a well-crafted testament to the skill of its constituency.