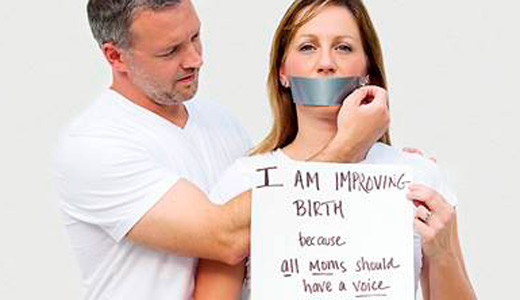 It happens often enough that there’s a name for the phenomenon. About a year and a half after giving birth, a new mother who gave birth via cesarean walks into a support group meeting and begins to express feelings of sadness, anxiety and anger over her birthing experience. The International Cesarean Awareness Network (ICAN) calls it “the 18-month cry.” They say that’s how long it takes a woman to process her birthing experience and realize she wishes things had been done differently.

They say it happens more than most realize.

When compared to other industrialized countries, the state of maternal health care in the United States is abysmal. Pregnancies cost more. Insurance plans cover less. The risk of death to mother and infant during childbirth is greater. Average cesarean (aka c-section) rates are twice what they should be. Here in Kentucky, the rates for these measures of health care fall below the national average.

The crisis requires a complex solution, one facet of which involves taking a look at the places women give birth.

An hour south of Louisville, in Elizabethtown, that place is almost always a hospital. That’s because, outside of a home birth, a hospital is the only local option. Mary Carol Akers, a midwife, wants to change that. Earlier this year, she designed plans for what would be Kentucky’s only standalone birthing center, the Visitation Birth & Family Wellness Center. More common in Europe and other parts of the world, birthing centers are minimal-tech health-care facilities that eschew epidurals, IVs and electronic fetal monitors for natural childbirth experiences. Staffed by certified midwives and nurses, these centers are seen as a flexible option for women with low-risk pregnancies who want something that feels homier than a hospital but isn’t literally a home.

Akers received immediate, harsh opposition from regional hospitals as she made her case to the Kentucky Cabinet for Health and Family Services for a certificate of need, a mandatory step for most health-care facilities. The News Enterprise in Hardin County reported attorneys from Hardin Memorial Hospital in Elizabethtown, Flaget Memorial Hospital in Bardstown and Twin Lakes Regional Medical Center in Leitchfield argued that birthing centers are unsafe alternatives and questioned the presumption of need Akers projected. Akers’ proposal anticipated that as many as 90 percent of home births in Jefferson County could become clients of the birthing center.

In a ruling handed down in late July, the state sided with the hospital lawyers, citing doubt that enough expectant mothers would travel the hour to Elizabethtown for a birthing center.

Akers has said she will appeal, telling The News Enterprise the decision is “a huge blow to the rights of mothers.”

Plenty of women have expressed their worry, fear and shock to Damara Jenkins over the lack of birthing options in Louisville and rural Kentucky. Jenkins, a certified nurse-midwife who works out of Clark Memorial in Indiana, estimates that 50 percent of her pregnancy patients come from Kentucky, some from as far out as Campbellsville.

Jenkins says she speaks to a lot of first-time mothers who are afraid they aren’t going to get what they want, as well as second-timers not satisfied with their first experience. According to data compiled by the American Association of Birth Centers, the majority of women in hospitals receive IVs. A third are restricted to bed. More than half are not allowed to eat or drink. Almost half of first-time moms have labor artificially induced.

Advocates of natural birth and birthing centers cite medical research showing that such measures are at best unnecessary and potentially harmful. “The big misconception is that these women are making these decisions selfishly,” says Jenkins. “All our experience and research shows otherwise. It’s good for the baby, too.”

Jenkins is a board member of Friends of the Louisville Birth Center, a group formed last year whose goal is the creation of a freestanding birthing center in the city. Their plans aren’t formalized or far along, but the group has their eyes focused on Elizabethtown.

“It helps us know where the potential pitfalls are,” Jenkins says. “We’re grateful (Akers) is going first. We weren’t 100 percent shocked (by the state’s denial). We were taken back by the amount of opposition.”

Each Labor Day the national advocacy group Improving Birth holds Rally to Improve Birth events in cities across the country. Last year, groups in Louisville, Elizabethtown and Bowling Green held signs outside hospitals to raise awareness of birthing issues. This year, Louisville’s family-friendly festivities will be at Brown Park in St. Matthews. The focus will be on sharing information on evidence-based care, such as the rates of vaginal birth after cesarean, called VBACs. The U.S. rate of VBACs is only 7 to 9 percent, despite studies projecting that three to four out of five women who’ve undergone a cesarean can successfully give birth vaginally.

“This isn’t about hospital births vs. home births. (Many families) just don’t know choices. The goal is to let women know what choices they have and help them make well informed decisions,” says Stephanie Boyd, one of the co-coordinators and a board member for the Friends of the Louisville Birth Center. “I’ve seen their eyes light up, seen that bulb go off. It doesn’t take much to get them excited.”

As the system is currently set up, Boyd says, pregnant women are automatically put on the defensive when planning their birthing experience. She adds, “It shouldn’t be that way. We have growth to do, but it can occur. People need to demand it. Then the market will shift.”