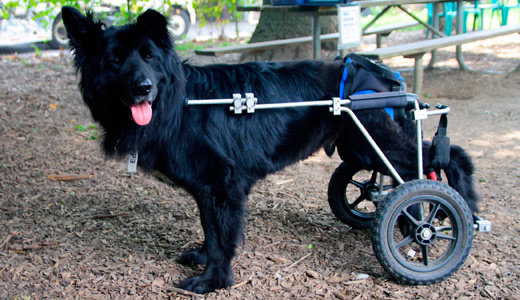 When it comes to animal lovers, there are two kinds of people: those who turn the channel at the first sign of an American Society for the Prevention of Cruelty to Animals (ASPCA) commercial starring Sarah McLachlan or Willie Nelson, and those who stay tuned, eyes locked on the harrowing footage of abused and neglected cats and dogs.

Rebecca Eaves is the latter, but, discontent with standing on the sidelines, the Louisville resident is on the frontlines witnessing what many of us can’t stomach as president and founder of The Arrow Fund, a nonprofit, all-volunteer organization that targets animal cruelty in and around Kentuckiana.

“I’ve always been drawn to it because these are our forgotten angels,” Eaves says. “They’re the underdog — no pun intended. There’s no one to fight for these animals. That’s who we help. These are the cases — whether through abuse, neglect or torture — The Arrow Fund helps them. We try to repair these animals, physically and mentally, and give them love.”

The rescue process begins whenever Eaves gets a call, which can come any time of day or night. She quickly determines whether the animal has been a victim of extreme torture, abuse and/or neglect, which is part of the criteria. Then, volunteers (including Eaves) transport the animal to one of several veterinary clinics, most often BluePearl Veterinary Partners and All Pets Veterinary Center. Medical expenses are paid by The Arrow Fund, which operates solely on donations. Eventually, the rescued dog or cat is placed up for adoption.

Ask Eaves about the animals — most of whom are given a name upon rescue — she remembers most, and she’ll look at you like you’ve asked the impossible. “Well, all of them are,” she says. “They really are. You don’t forget them.”

Rainbow, who is thriving, was a 4-week-old puppy who was dumped in rural Kentucky with a bag of food before being discovered hours from death.

Blessing is a dog who was beaten with a baseball bat almost beyond repair.

Karma is a 3.2-pound maltese “who was tied up and cast away like garbage” in a white plastic bag found by a good samaritan on the side of the road in downtown Louisville.

Simon is a long-hair cat who was thrown from a second-story hotel balcony.

Aiden is a black lab who was shot with a bow and arrow from no more than 10 feet away. “It was touch-and-go for the first week, but now he’s the craziest, wildest, sweetest, most loved dog,” Eaves says.

Frodo, who is making an incredible recovery, is a pit bull who was found tied to a fence in West Louisville in July, his muzzle bound with duct tape. The severity of his injuries necessitated surgery to reattach his jaw and amputate his left leg. Evidence showed he had been used as a “bait dog” in a dog-fighting ring, which compelled the Humane Society of the United States to offer a $5,000 reward for information leading to the arrest of the individual(s) responsible. Thus far, no arrests have been made.

“I’ve been saying all along we have a serious dog-fighting problem in our area,” Eaves says. “Finally, people are listening.” In fact, the ASPCA recently held a class in Louisville to teach law enforcement officials how to investigate blood sports after determining the issue is growing.

Since 2009, The Arrow Fund has rescued at least 239 animals. On occasion, that means providing respite and relief before death.

Mabel was an elderly beagle who was emaciated “with oozing tumors full of parasites and, tests showed, ridden with cancer,” Eaves recalls. “She looked like she’d never had a happy moment in her life.”

Euthanasia was the eventual answer, but for one week, The Arrow Fund made Mabel feel like she was loved. “The doctors sent us home with medicine, and we made her comfortable. I laid with her for hours. She ate, she rooted up blankets to make beds, she wagged her tail, and she even tried to fetch,” Eaves says, tears in her eyes as she laughs. “I was asked, ‘Why would you waste your money on that old beagle?’ The answer was simple: Why wouldn’t we? Mabel left knowing what love was.”

In addition to providing care for abused and neglected animals, Eaves and her volunteer staff focus on doing whatever they can to hold the abuser(s) accountable for his or her actions as dictated by law. “One of the main reasons we do this is to bring abuse to light and to prosecute the individuals responsible,” she says. “If these people are doing this to animals, they’ll do this to our kids, to our elderly. We need stronger laws to protect these animals in this state. It’s an embarrassment to be ranked one of the worst states for laws that protect animals.”

The Arrow Fund is always in need of assistance and could use individuals capable of fostering animals with special needs and volunteers who want to assist with educating the public.

“We cannot turn our heads to abuse,” Eaves stresses. “If you see it, report it. If nothing is done about it, report it again. We have so many animals who would just make your heart smile. We can’t stop.”

For more information about The Arrow Fund, check out thearrowfund.org.

My life with Zeke

I first met Zeke in early 2013 while filming a piece about him for The Arrow Fund. I was still mourning the Christmas death of my eldest dog and wasn’t ready to add to my canine crew of two, but I was happy to assist the nonprofit organization.

Neglected and abused, Zeke was discovered in September 2012 near death on the side of a road in western Kentucky by a girl whose classmates cajoled her to forget “that mangey old dog” as they walked home from school. The young child didn’t, however, and instead told her mom about the emaciated animal, which is how Zeke wound up under the care of The Arrow Fund and founder/president Rebecca Eaves. Once in Louisville, Zeke was taken to All Pets Veterinary, where Dr. Missy Jewell spent hours scraping off the layers of dead skin. Zeke had mange, a tick-born disease; weighed half as much as he should; was unable to use his back legs because of a blood clot in his spine; refused to look a single human in the eye; and had all but given up.

“Most people would have put him down,” Eaves said. “But I wouldn’t give up on him — I couldn’t.”

And then, Zeke began to exhibit signs that he wanted to live.

Over the course of several months, Dr. Jewell spent countless hours helping Zeke recover, which included teaching him how to use a wheelchair. When he was ready, Eaves searched for someone willing to adopt, but there was no one, so she reached out to a few people in the media, and I was one of several who offered to help.

Even though Zeke’s story aired on local news outlets and has been viewed thousands of times on YouTube, no one came forward with a serious desire to adopt.

For weeks, I returned to visit Zeke with the hope that someone would see my posts on Facebook, Twitter or Instagram and feel moved to give him a home. Then, one day as he nuzzled his big head into my shoulder, it hit me: You’ll come home with me. It really was that simple.

On Feb. 22, I took Zeke home for a “trial run.” The first few nights, I slept on top of a pile of blankets on my hardwood floor, Zeke to my left, Yoda (a Chiweenie I adopted from Animal Care Society) curled under my right arm, and Herbie (a former stray I acquired in 2003) tucked under my knees. Each morning when we awoke, Zeke would drag himself wherever, a habit that has remained.

Caring for Zeke requires work. I have to express his bladder manually, which is no small feat with a 90-pound dog. He does the other “thing” on his own, but if it’s not timed just right, that might mean a stinky pile of yuck suddenly deposited on the floor. At home, he gets around by dragging his back end at a rate of speed that makes me marvel. When we’re at the dog park or on a walk, Zeke maneuvers in his wheelchair like it were a part of his body. I call him differently-abled not to be politically correct but because it’s true. He’s able but has to approach many things differently — and he does. —Angie Fenton