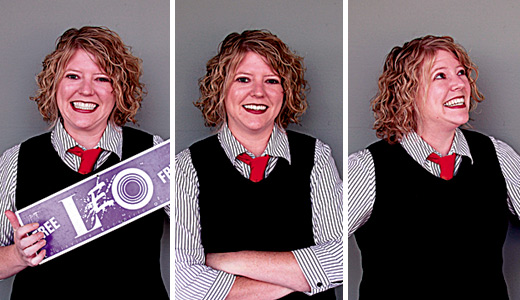 One of my first jobs at LEO was copy editing John Yarmuth’s Editor’s Note, and now I sit here writing one of my own. That was 14 years ago, and, truth be told, I never really had to do much to his copy other than add a comma here or delete a comma there.

Throughout these past 14 years, I’ve swabbed the decks for Louisville’s first and only alternative newsweekly, learning from the best — Yarmuth, Cary Stemle, Stephen George and Sarah Kelley — and slowly progressing through the ranks. I have at least six boxes of business cards with assorted titles, from Associate Editor to Arts & Entertainment Editor to Managing Editor. And although it’s not under the best of circumstances, I’m taking on the role as Editor this week, at least for the interim.

Kelley was told she would have to lay off someone in the editorial department when she returned from maternity leave. After weeks of back-and-forth debate with SouthComm, our parent company based in Nashville, she decided that person would be her. It wasn’t an easy decision, for sure. And it wasn’t the decision anyone at LEO expected. Word soon spread via social media and local news outlets, and the paper has been taking hard jabs from readers, fellow journalists and former employees questioning the outlook of our future.

I’m happy to report that LEO is here to stay. If any of us on staff believed there wasn’t a need for LEO in Louisville, we wouldn’t be here. Yarmuth set the editorial tone for the paper in the very first issue in 1990 — the goal was to provide an intelligent and articulate platform for discussion about the condition of our lives. Over the years, we have expanded to include in-depth news reporting and critical arts and music coverage. We will continue that mission.

I’ve talked with SouthComm CEO Chris Ferrell about the future of LEO, and he was open about the details. Yes, LEO has had a difficult year financially due to turnover in the sales department, but we now have a team of seven. “SouthComm covered the shortfall because we are committed to making the paper successful again,” Ferrell says. “LEO was the first alt-weekly we acquired (in 2008). As a result, I have spent more time in Louisville than any other market other than Nashville, where I live.” SouthComm has also invested in sales training and business development assistance to help get the revenue back to where it needs to be.

I have complete faith the numbers will rise and we will be able to add additional staff to the editorial team. In the meantime, we will continue to be your tried-and-true community rag for events, music news, entertainment, astrology, sex advice, opinion, local government and in-depth journalism — the kind of journalism that doesn’t rely on anonymous sources or hyperbole.

There’s been one question I’ve been asked many times this week, and it’s as important to me as it is to you: Will the Bar Belle continue? Well, if there was ever a time to drink a beer, it is now. As long as there are happy hours to hit and bourbons to imbibe, I will be proud to wear the hat of Bar Belle and continue to learn lessons so you don’t have to (i.e., never top a margarita with rum).

Some may be wary that the Bar Belle is in charge of such an esteemed publication (the mayor and my mom included). I’ve never used a sick day in 14 years, and I’ve always gotten my job done. It’s no coincidence that my alma mater, Ohio University, is in the top 10 for both journalism and partying. (Forgive me for rooting for the Bobcats on Sunday.)

Honestly, I feel a bit like Arnel Pineda, the guy chosen from a YouTube video to fill the shoes of Steve Perry in Journey — I’m in the same spotlight so many of my greatest mentors thrived in. I just hope I can make them proud, cover what’s important to Louisville and carry on the mission Yarmuth instilled. And I expect groupies.