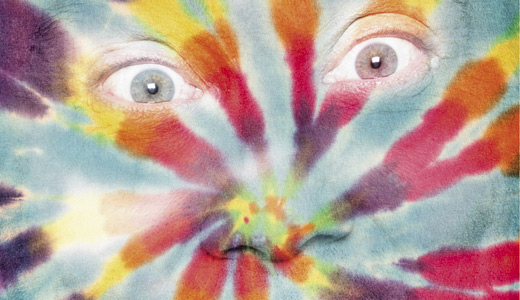 Doug Benson singularly fills the void that Cheech & Chong left for this generation of slacker potheads. In the midst of making hilarious feature-length documentaries like “Super High Me” and “The Greatest Movie Ever Rolled,” and the podcast “Doug Loves Movies,” Benson continues to release new albums every year (always recorded on April 20, of course). He took time to chat with LEO about his latest album, Gateway Doug.

LEO: Did you set out to be “The Weed Guy,” or was that a bi-product of being honest on stage?
Doug Benson: Yeah, it just happened. I made some jokes about weed, got some laughs, made some more jokes, got some more laughs; next thing you know, I’m telling a lot of jokes about it. I called my new album Gateway Doug because, if you like it, you’ll probably like all my other albums and podcasts and movies, too.

LEO: Do you find it weird for perfect strangers to come up and offer you weed?
DB: Weird, yes, but also wonderful. Pot smokers are very sweet and generous people. I never set out to have this happen, though. I never thought talking about weed on stage would lead to everyone giving it to me. It’s having a wish come true that you never even made!

LEO: For that fact alone, wouldn’t it make you a great undercover D.E.A. agent? Have you considered a change in your career direction?
DB: I joke often that my act could just be a giant sting operation by the feds to gather up stoners. But it isn’t, I promise.

LEO: What is your writing process like?
DB: It mostly happens on stage. I’ll ad-lib something that gets a big laugh and make a mental note to say it again the next show. Sometimes I’ll even say to the audience, “I just made that up, could someone tweet that line to me so I don’t forget it?” And they do!

LEO: How do you know when a joke is ready to be told in front of an audience or recorded for an album, for that matter?
DB: You can’t always be 100-percent positive that a joke will work, so you’ve just got to try it. Fortunately, if one new joke doesn’t work, I’ve got lots of old ones that do. Just like cops, it’s important to have backup.

LEO: As defined by the Leonard Maltin game, who has been your favorite “shithead” that contestants have named?
DB: They can get me to call anyone a “shithead,” so sometimes it can get pretty outrageous. One time, I laughed really hard because someone made me say, “Elton John’s baby is a shithead.” Which is hilarious to me because I’m sure that baby is a damn delight. It’s when that kid turns 2 — then he’ll probably be a real shithead.

LEO: Do you know what your next movie/Morgan Spurlock spoof is going to be?
DB: He made a movie about Comic-Con, so my next one is called “Chronic-Con.”

LEO: If you could give one piece of advice to young comedians, what would it be?
DB: Stand-up is a very scary, very solitary profession, but you have to experience it to figure out if it’s right for you. To steal a line from Nike, “Just do it.”