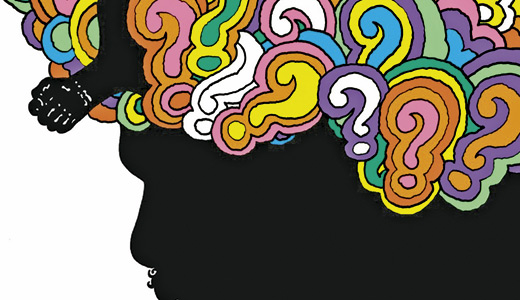 I’m a sucker for a music biography, even the lie-filled autobiographies of years past. Some are great for the tawdry tales of chemical excess and sexual appetite, while others are great at the nuts and bolts of the creation of art. Discovering what an artist deems valuable enough to share can be as interesting as the story itself. For artists of the modern age, social media, tabloid culture and constant connectedness make us feel like we “know” a musician in more detail than we know some friends and family. Questlove has opted for a mostly dish-less but still highly entertaining overview of his life and motivations.

Ahmir “Questlove” Thompson is the drummer for The Roots; producer for Erykah Badu, D’Angelo, Common and countless others; and bandleader for Jimmy Fallon’s “Late Night” TV show. The bulk of this story takes on homebody geek Ahmir and his “hoodlum” friend Tariq, meeting in their creative arts school, polar opposites drawn together. Signing to the then rock-heavy DGC/Geffen Records, the largely monochromatic staff and roster made The Roots a unique challenge, with none of the infrastructure with which to break them.

This led to the band’s career-long “almost-but-not-quite”s. Nearly every album has been critically adored, often appearing on year-end best-of lists, but only one has reached platinum status (1 million sold), and that took more than a decade to reach.

Little time is spent discussing the specifics of Roots albums, though for the first handful, Questlove has already written detailed liner notes for dedicated followers. Questlove’s own parallel career as a producer of note is given even less ink, except to mention a few names. The Al Green story is fantastic, and the Chappellian-but-true Prince stories are hilarious. Some regret is found when talking about the Soulquarians (the Questlove/J Dilla/Q-Tip/Badu/etc. creative collective that sputtered out before realizing its full potential). Questlove tells of meeting Dilla and D’Angelo, two artists who reappear throughout the book, but with less of the depth than longtime Roots followers have come to know.

Which brings up the biggest conundrum of both the book and this writer’s perception of it. In 1999, Questlove started okayplayer.com (with writer Angela Nissel), an online home to The Roots and other like-minded acts. Its message boards were overrun with Questlove’s monologues and stories, written in stream-of-consciousness with nary a bit of spell check or punctuation, but teeming with details, personal thoughts and insight. As both the website and the artist grew, he needed to pull back and start withholding (or at least editing). He got in trouble with Erykah and Lauryn and had a falling out with Nissel and D’Angelo, among others, for over-sharing. “Mo’ Meta Blues” is written with this in mind, attempting to tell his tale, but to preserve relationships and others’ privacy; but for an Okayplayer member and lurker since 1999, “Blues” is the radio edit, not the album version.

That isn’t to say that the book isn’t satisfying; in fact, a lot of the stories bring this reader back to those times and places, sometimes with knowing nods at the things left unsaid, though there’s still plenty here for the new-to-the-party.