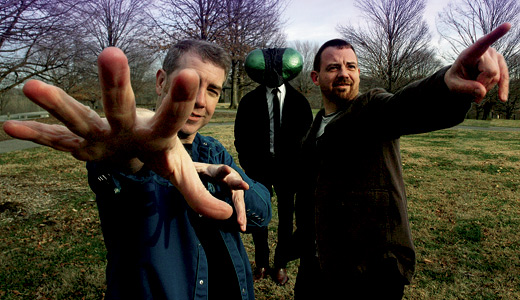 There’s a party going on right here, July 4, and it’s headed by Kool & the Gang at the Waterfront Independence Festival. Original members of the Gang include drummer George Brown, alto sax player Dennis Thomas and the Bell brothers: Robert “Kool” Bell on bass and Ronald Bell on tenor sax. They broke into the mainstream with 1974’s Wild and Peaceful, soon after trading a heavy funk sound for refined pop that seeped onto the disco train. Returning to their roots, their latest gigs are more instrument-driven, which makes “Hollywood Swinging” and the funk-punched, R&B jam “Jungle Boogie” too irresistible to not hear live. Enjoy opening sets by JC Brooks & the Uptown Sound and Brett Dennen, and after, follow up with fireworks over the Ohio River. —Lara Kinne

The Mistresses of Spice

The rich colors of intricate costumes, the mesmerizing music of faraway lands, and the human body moving so precisely and beautifully you cannot look away — the enchanting experience of watching belly dancing live is unlike any other. On Friday, the Ruric-Amari Dance Studio puts belly dancing on display, along with other sumptuous ethnic dances from across the globe, at The Bard’s Town. The Mistresses of Spice will feature local performers showcasing their skills in Egyptian and Turkish belly dance, danse orientale, Bollywood, Hawaiian and Polynesian dances. With a rich culture and history behind each of these dances, consider it a feast for your mind as well as your eyes. —April Corbin

I immediately thought of the Carole King/James Taylor song “You’ve Got a Friend” when viewing Joyce Garner’s “cellist” (When you’re down and troubled and you need some loving care). The exuberant Matisse-like space of interacting people reads like a definition of home. The “Mental Landscapes” photographs by Georgia artist Julie Sims feel just the opposite — destitute and uninviting. And that’s exactly what they’re supposed to be. In her triptychs, Sims pictures a surrealist landscape of what she describes as creative blockage. “During one of these periods,” she says, “frustrated because I knew it was there but was unable to reach (my creative spirit) — I began to visualize the feeling as a place, an unforgiving landscape.” There will be a reception during the July 5 First Friday Trolley Hop from 6-9 p.m. —Jo Anne Triplett

Apocalypse Brew Works’ “Poorcastle” music festival is exactly what it sounds like: a music festival for those who may not have the time (or money) to attend all of the other music festivals in town. It boasts a family-friendly atmosphere — kids under 12 get in free, as do adults who show up before 4 p.m. — and all proceeds are used to support Crescent Hill Radio, which actively champions local and regional music. Twelve local bands, including the Uncommon Houseflies, Huh Robots, Plastic Bubble, and the Nick Peay Band, will be playing at the festival, offering their time and talent to entertain and to give back to the radio station that supports them. Food and pours will be readily available. —Natalie French

The ACBs of Kansas City bring their danceable fuzz-rock to Zanzabar on Sunday. Bring a tambourine and a date, because this night is all about finding your rhythm. It is especially simple with the ACBs, whose stomp ’n’ jump summer dream rock is all about keeping beat. Of course, the ACBs wouldn’t have a beat without the feminine cadence of front person Konnor Ervin. It will be quite a relief after locals Kaleidico blow out the floor with a tier of fresh tunes off their debut, released in May. Expect many turns of song driven by thick, electro beats and transformative psych-folk. The New Bravado, who also conceived a release in May, their Unconscious Afternoon EP, will break in the set and throw black stones in it. —Lara Kinne

The big tent is getting a makeover. The UniverSoul Circus’ “Turn’t Up Tour” adds an international flair to its national circus tour with acts from all ends of the earth, including Magic Cat Illusions from South Africa, the Giang Bros. head-balancing act from Vietnam, Irina Markova’s Comedy Dogs from Russia, and teeterboard acrobatics from Africa. The UniverSoul Circus is known for its interactive nature and includes current elements of pop culture. “Our fans will witness dynamic young performers who combine the past with the future to create groundbreaking performance art that is unique in the circus world,” says founder Cedric Walker. The event promises to be a family-friendly adventure that gives you a taste of international talent under one roof, er, tent. —Charles Bowles

Earlier this year, Stacey Reason, curator of the JCC Patio Gallery, brought together 22 artists: 11 older, established artists, and 11 younger, greener artists. They were charged with crafting art to the theme of “Cosmopolitan Localism,” but with a catch — halfway through their work, they would collaborate, anonymously, with the other group. Reason chose each pair with one goal in mind: to explore “the juxtaposition of these two very different groups of artists,” and to demonstrate the cross and blur between generations. Because the focus was to reflect contemporary life, the cross of generations has created a unique breed of art, with one group finishing the thought of the other. —Natalie French

Artist Erik Orr wanted to honor his favorite 20th-century icons, so he got busy doing what he does best — creating pieces that blend his Pop-Art sensibilities with graphic design. The exhibit, titled “Oldschoolcool,” is now up at Revelry Gallery and features the familiar faces of Lucille Ball, Bill Cosby, Goldie Hawn and many more. Orr has been immersed in the Louisville art scene since moving here eight years ago from D.C. “‘Oldschoolcool’ is an exploration of entertainers that have influenced my personality, my sense of humor, my taste in music, my imagination,” Orr says. “These people have provoked an affection that has lasted with me until today.” —Sara Havens

Days Coffee goes rainbow bright this month, and for a good cause, to boot. No this isn’t belated Pride or Bronie Appreciation Month: The coffee shop is exhibiting a collection of original artwork by adults in the Dreams With Wings program. Founded in 2000, Dreams With Wings provides programming and support for children and adults with intellectual disabilities, developmental disabilities and autism. Working with art therapist Jennifer Leach, participants in the adult program created vivid compositions such as “House Under Stormy Sky,” a Technicolor dreamscape of cascading coral and dripping chartreuse with sketchy scribbles outlining a chimney, a cat and a doorknob. The collection of acrylic paintings and mixed-media pieces represents 15 artists, all of whom suffer from intellectual and developmental disabilities and many of whom collaborated on the group paintings in the show. —Jennifer Harlan

It may be just aluminum foil or faux fur to us, but to Wayne Adams, these materials have become religious references. As a Christian artist, Adams became intrigued by the light-reflective qualities of foil as it relates to the Bible’s description of God as light. Faux fur is given the same in-depth thought treatment because of its inherent artificiality. “Where we live in completely manufactured environments, from our landscaping to our processed foods,” says Adams, “they’re made to look as ‘natural’ as possible. Painting on the synthetic material, then, becomes an authentic gesture as opposed to one of illusion. When that place is painted as a void or an emptiness, it calls for something … real to fill it. In this sense, these artworks are prayers, calling for God to reveal himself.” —Jo Anne Triplett