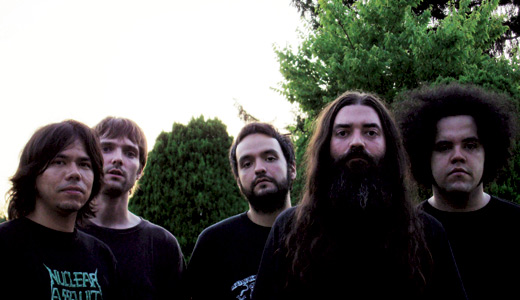 In November of 2005, filmmaker Brendan Canty and curator and then-Lucky Pineapple guitarist William Benton helped put together the fourth volume of the popular “Burn to Shine” DVD series. With the exception of one showing in May of 2010, a fundraiser for musician Jason Noble’s medical bills, the Louisville edition of “Burn to Shine” has never seen the light of day. This particular volume featured Shipping News, Dead Child, Liberation Prophecy, Parlour and Bonnie “Prince” Billy, to name a few. So why is it still unreleased?

A collaboration between filmmaker Christoph Green and Canty, the series sought to produce something creative in a place that was ultimately temporary. Each volume focused on one house in one city and, with a succession of musical performances, attempted to tell the story of both the house and its city through music.

Filmed in Southern Indiana, “BTS: Louisville” documented the last days of local resident Leonard Wood’s house. “He had begun building the house in the early ’70s for he and his wife — they were living off of Frankfort Avenue at the time — and they moved in as soon as a couple of rooms were livable,” Benton explains. “Shortly after that, she became ill, discovering that she was suffering from cervical cancer. She passed away rather quickly, from what I gathered. He never quite recovered from that.”

It would seem that Leonard Wood’s luck was consigned to every aspect of the production. Canty explains that there was a lot that went wrong, from his father’s death right around the time of the filming to various band-related woes, but ultimately it was the distribution that served as the final straw.

“Just after making them, our distributor, Touch and Go Records, went out of business,” Canty says. “So we had no distributor and a bunch of stock on hand, and therefore we were kind of in the red on everything. As you might imagine, as cool as it is, it’s not a big moneymaker. People are not buying DVDs the way they used to. I had to find someone else to distribute them, which took a bunch of time. By the time we got around to finding a home for them, at MVD (Music Video Distributors), we were on to different projects.”

Adding to the tragedy, two of the film’s musicians, Shipping News’ Noble and Dead Child’s Tony Bailey, have since passed away. But there’s still hope for a release. “I think we will try to put (it) out at some point,” Canty notes. “It would be especially great to have the Shipping News clip out. Jason was such a sweet guy — truly the nicest guy on the planet. So I do feel bad that it’s not out there. I’m really glad he got to see it and we were able to raise some money for him. There have been so many other changes there; other people have passed, and this would honor them as well, I hope."