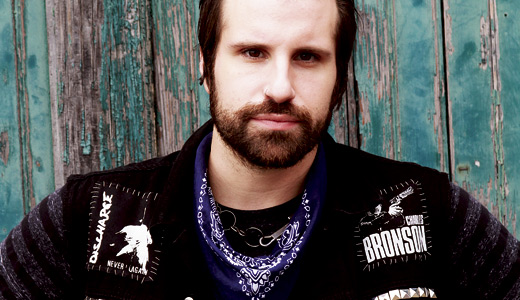 Formed in 1980, Reagan Youth are a political hardcore punk band that, like many bands from that era, suffered their fair share of ups and downs. In 1990, Reagan Youth disbanded, paving the way for the psychedelic rock band House of God, a group comprised of three of the original members of the band. In 2006, two of the original members reformed Reagan Youth, and in 2012, they added Louisville native Trey Meihaus, first on drums, but ultimately as vocalist.

A longtime fan, Meihaus’ life was changed after hearing 1990’s Reagan Youth Volume II. “At that moment, I felt like I went through an eye-opening experience,” he recalls. “I threw away everything I knew about music and started over.”

Meihaus joined the New Aryans, an Austin, Texas-based Reagan Youth tribute band, which was to become his ultimate training. “In summer of 2012, I saw Reagan Youth was coming through this part of the country for a fall Southern tour,” he says. “After the show, I went on tour with them as their driver, ended up as the drummer, then left as the singer. Fortunately for me, on the last day of tour, a promoter, friend and New Aryans’ fan in Austin was booking the band for a Texas tour in December. They asked if I would do it. Of course I said yes.”

For Meihaus, singing for Reagan Youth isn’t just a dream but a responsibility. Of the big seat he had to fill — that of late singer Dave Insurgent — he feels it’s his calling to keep the spirit going for the fans. “Dave Insurgent wrote all the lyrics in the ’80s; I have the honor of helping keep them alive. He was a punk profit, and I am following and preaching his gospel. Keeping my favorite songs alive is my initial role. I promise you won’t find anyone who feels it as much as I do. This isn’t just another gig to me — this is my favorite band. I took on the responsibility of helping keep the music and words of my favorite band ever alive. I happily accept it, for it is more important than anything I am involved with alone. This will be the last band I think I am going to do. I can’t top this one.”

Talking with Meihaus, it becomes clear just how cathartic this experience is for him. It was especially thrilling to him when Reagan Youth played at the Mag Bar last October. “Playing Louisville felt like it does when I play with any band I have been involved with — home."