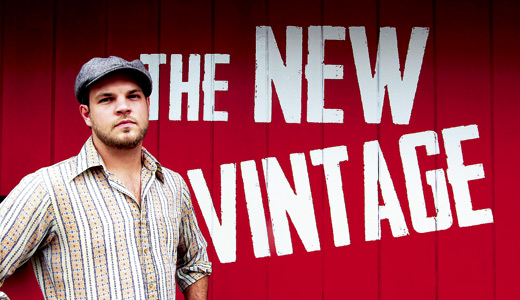 Hunter Embry and Dave Chale aren’t quite veterans of the music scene yet. In fact, Embry, a 25-year-old booker and promoter, is surely one of the youngest club owners around, now that his New Vintage partnership with soundman/engineer Chale has gone from a regular showcase at other clubs to a fixed-address business with monthly bills to pay.

The pair started booking bands at the St. Matthews bar ZaZoo’s two years ago. They did well enough to expand to a new club in New Albany, Dillinger’s, and realized they could do it on their own. In fact, Embry was so confident that, in the time between receiving the keys to their new venue on May 1 and opening night — May 29 — he got married and went on his honeymoon.

Embry returned to a pretty much revitalized club just in time for an opening “12 Days of Music” celebration, putting their vision on display. Though the New Vintage is located just down the street from Zanzabar, at the former Uncle Pleasant’s location on Preston Street, Embry’s taste runs more to the traditional — vintage, one might say — sounds of blues and classic rock.

Zanzabar’s owners encouraged him to join them to make the block even more of a destination. Crossover nights are being planned, though nothing is official yet. It’s a good balance for the neighborhood; while Zanzabar books underground bands and up-to-the-minute DJs, the New Vintage is now featuring ragtime piano during happy hour on Wednesdays. At the same time, the Vintage is already the place to see hip-hop acts like Nappy Roots, and nights of cutting-edge bands also appear on their calendar.

They were alone in the St. Matthews bar scene, booking younger and hipper bands than their neighbors. “Some of our friends were, like, ‘Man, I can’t afford to get a DUI,’” Embry laughs about the longer drive some faced after nights of rock ’n’ roll. Chale and Embry considered NuLu for a new location early on, but both live in Germantown and are happier closer to home.

The building was already set up to be a venue, with an interesting history going back a few decades. It holds 333 — larger than ZaZoo’s and Zanzabar, but less than half of Headliners. The new owners have displayed old Uncle P’s signs inside as a tribute, and traces also remain on the façade as licenses get straightened out. A new patio is being added to the back; food service will be added later. “We ran through the budget too fast,” Embry admits.

It’s all part of the learning curve. Embry estimates he works at least 60 hours a week. His wife is used to his schedule, and now he can see her more often for dinner. They’ve been together since they were high school freshmen, he says, making the timing of their wedding even more notable. “When it rains, it pours.”