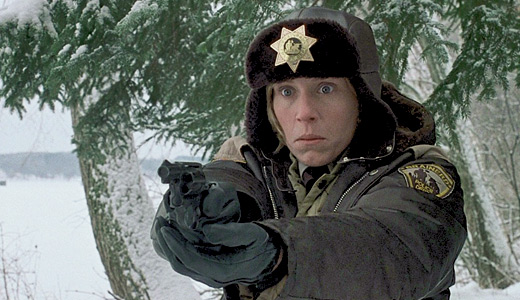 On June 29, in the midst of a road trip, Academy Award-winning filmmaker Joel Coen and his wife, actress Frances McDormand, came through Louisville. The power couple stopped at a Carmichael’s Bookstore, where staffers recognized the Academy Award-winning star of “Fargo.” Though they didn’t initially identify Coen as they shared their Hollywood sighting with their Facebook followers, WHY Louisville’s page lit up the next day with the news that their spirit animal had made it to the store owned by Lebowski Fest organizer Will Russell.

Coen, who has remained mostly silent about the independently run festival, even signed a poster advertising this weekend’s 12th Louisville edition: “Hi Will, a dozen years is too long … —Joel Coen”

In his career to date, Joel Coen and his brother, Ethan, have written, edited, produced and directed 16 feature films together, including “Blood Simple,” “Raising Arizona,” “O Brother, Where Art Thou?,” “The Man Who Wasn’t There,” “No Country for Old Men,” “A Serious Man,” “True Grit” and this fall’s “Inside Llewyn Davis,” which received much praise at this spring’s Cannes Film Festival. The brothers, who do everything together but have often split credits due to union rules, have long since established theirs as one of the most consistently inventive, smart, weird, usually funny, idiosyncratic filmmaking voices of our times, a veritable genre of one.

They are known for their visual work as much as for their dialogue, for never repeating themselves even when working with a company of returning actors, and for being able to do whatever they feel like without seeming concerned about how much money it will cost or earn them.

Their films sometimes work in the noir genre, sometimes as slapstick comedy and sometimes both. Throughout their work, a philosophical subtext missing from most movies can be traced (Ethan holds a philosophy degree from Princeton, while Joel studied film at NYU; their parents were an economist and an art historian, though their intellectualism rarely interferes with their work’s jokes or eruptions of violence).

“The Big Lebowski,” their seventh film, combines great doses of stoner humor with acid-drenched, whimsical philosophy and surprising violence, while reconnecting them with favored actors John Goodman and John Turturro (whose off-kilter relationship in the Coens’ fourth film, “Barton Fink” — written around the same time as “Lebowski” — can be seen as an antecedent to the “Lebowski” relationship between Goodman and Jeff Bridges).

Upon its release on March 6, 1998, reviews were mixed, and the movie struggled to find an audience. Moviegoers expecting a sequel to the Coens’ previous film, the award-winning and popular “Fargo,” found themselves confused by the complex yet almost random-seeming plot of “Lebowski,” and confused by a fatter, hairier Jeff Bridges than they were used to seeing. In a 2010 review, Roger Ebert wrote, “‘The Big Lebowski’ is about an attitude, not a story.” While moviegoers often prefer stories to attitudes, attitude was a great jumping-off point for a party.

As co-founder Will Russell details in his recount in this issue, Lebowski Fest was started by a pair of fans of the movie — a couple of odd ducks, sure, but otherwise decent young men — who found it endlessly quotable, and who decided to get some friends together to celebrate it in a bowling alley. Add alcohol and then costumes to the party, have a few bands play outside, and suddenly, a festival is born.

Part of the credit for the festival’s ongoing success goes to the prescient vision of Russell and co-founder Scott Shuffitt, who anticipated the rise of “nerd culture” 12 long years ago as a viable business model. (San Diego’s Comic-Con is probably the only new place left for the fest to visit, unless you think the Vatican might let them drink a few White Russians in the parking lot.)

Some of the credit must go to the Coen Brothers and the film’s owner, Universal Pictures, who not only didn’t sue the Louisvillians a dozen years ago but even enlisted the fest to help promote the 10th anniversary DVD box set release.

Credit must also go to the weird people of Louisville, who helped get this institution off the ground and kept it going — perhaps, Mr. Coen, longer than it ever should have, to a rational person, but that is not this audience. In the early years, locals could be heard becoming increasingly skeptical of yet another Lebowski Fest, but as the years went on, it’s become harder to remember that an annual Lebowski Fest really is a weird thing to have. So congrats to us, Louisville, and to Achievers everywhere. LEO is proud — we are — of all of them.