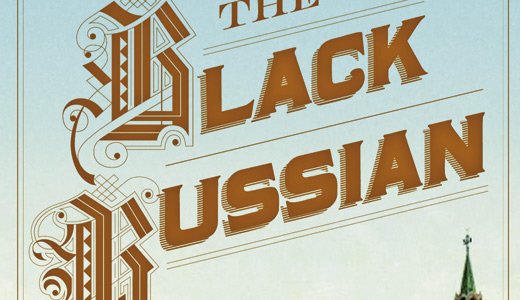 True stories can often be more unbelievable than the most fantastic fiction. The life of Frederick Thomas, born a free man in Mississippi just four years after the Civil War, begs for cinema’s sweeping scope — if the average moviegoer would accept the incredible number of leaps of fortune for one man’s life.

Vladimir Alexandrov’s biography attempts to paint Thomas’ portrait through murder, globetrotting, entrepreneurship, revolution, xenophobia, success and failure, and juggles all these plot points compellingly, outside of a couple quibbles.

Thomas’ parents, just a couple years out of slavery, managed to buy a large lot of Mississippi farmland and excelled for years, employing other freed men to harvest and plant, expanding their holdings to more than 400 acres, and establishing a church and school before another landowner attempted to steal their property via falsified records, chasing the family to Memphis (and later Louisville) while continuing their fight.

By this time, Frederick had begun his travels, starting as a waiter in Chicago, then as a maître d’ in New York, before setting his sights on London and Paris. He picked up on the profession, and the myriad languages of his charges, becoming highly sought after for his accommodating talents and skill, while enjoying Europe’s (at the time) more accepting and cosmopolitan views on race as a determination of class. Thomas ventured further east to Germany, before taking a chance in Moscow.

This is where we find the first trouble with Alexandrov’s book. Of course, when writing about a first-generation American freeman who travels to a pre-Revolution Russia, a paper trail will certainly be difficult to maintain at all times. But at what point does it become appropriate to infer, guess and assume? Does the word “probably” belong in biography, especially when

describing motive and reasoning? What of the use of this same indefinite when describing travels and experiences?

Alexandrov does a disservice to his otherwise painstaking research by trying to fill in gaps with assumptions based on a modern writer’s point of view. These lapses stand out, larger than they should have. If the trail ran dry at one time or locale, simply state that and pick up where the trees part again. Let the reader extrapolate and the movies fictionalize.

Moscow finds Thomas as the owner of a nightclub and theater, employing and entertaining Europe’s rich and powerful, thrust into the elite and moneyed class just at the dawn of the Russian revolution. As Thomas’ empire solidifies, Tsar Nicholas’ is falling, forcing Thomas to escape with only his family in tow, abdicating his property and wealth just as Nicholas does his throne.

Picking back up in Constantinople, he attempts to repeat his Russia successes in Allied-occupied Turkey. Turkey becomes difficult to reheat, however, and he struggles more often than not, though still with broader opportunities than he ever would have had stateside.

Alexandrov has written a compelling narrative of an extraordinary life that would be impossible for most to replicate in current times. Frederick Thomas is a case study in perseverance and fortitude; “The Black Russian” is your textbook.