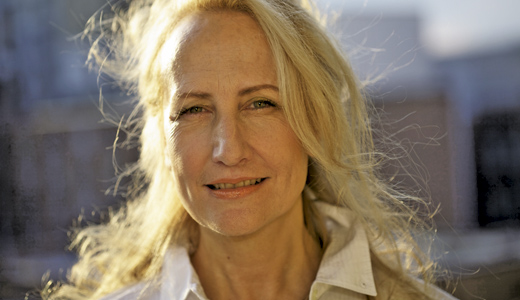 Two years ago, after branching out from journalism and creative writing, Polly Frost decided there was an important aspect of storytelling she hadn’t yet explored: live, personal storytelling, on par and directly connected with her audience. Her first one-woman show, “How to Survive Your Adult Relationship with Your Family,” was widely praised for its startling and often humorous honesty. Now, on her second trip to Louisville, Frost will be performing “Bad Role Models and What I Learned From Them,” focusing on the relationships that shaped her when she was growing up in Southern California — and in the process, removing the demonization of bad qualities, allowing these characters to become fully human.

LEO: What made you decide to focus on the more positive aspects of bad role models?
Polly Frost: We demonize people who are less than perfect … It’s so much more complex than that. There’s a huge gambit in the world between people who are really not perfect human beings, but who actually give us so much by their imperfections. There’s nothing about trauma in the show — I mean, there’s nothing about “I had these traumas and I had to go through recovery.” It’s something I’m a little tired of hearing about in memoirs. I do think it’s important for people to talk about these things, but I feel it’s been a little overdone. And so, with doing this show, I wanted to say, we have these zany things when we’re growing up — I mean, this is a show about zigzagging my way to becoming the person I am. I think we’ve gone very far overboard in this direction of people being so demanding of who’s around their kids.

LEO: Have the people you talk about ever come to the show?
PF: Yes — I’ll tell you, that’s freaky (laughs). Suddenly, you’re, like, looking out into the audience, and there’s this person … You know, one of my high school friends came to the show and she was sitting there, and she came to me afterward and said, “I love this.” She said, “This means a lot to me, because back when we were in high school, we wanted to change the world through art … and this really keyed me back to that sense of potential that made me so happy.”

LEO: Would you say there’s a fair amount of nostalgia in your show?
PF: I think there’s nostalgia for a time in this country when things were freer, in a lot of ways. I mean, there were a lot of problems, and a lot of things that needed to be corrected, but there was this sense of adventure and not this overwhelming feeling of money, money, money. For me, the really bad role models today are the people who care about nothing except money. They’re not the imperfect people who might mess up but who follow their passions — it’s the people who have no passions except to accumulate wealth.