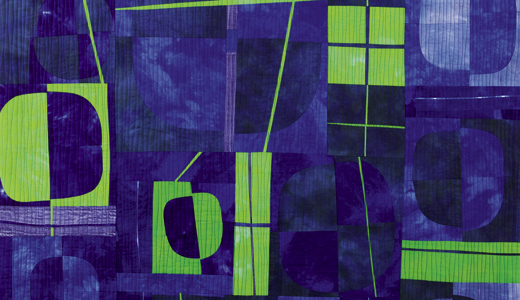 These mavens are back at it to tease and please Louisville. The Mavens of Mischief, a vintage burlesque troupe, will perform a bigger and “more bedazzled” show than ever before. The troupe brings the best in historic costuming, character development and vintage jazz vernacular dances to the Bard’s Town stage. The ladies will perform classic-style burlesque as well as other historic dances like the Charleston, Blues and the Bump and Grind. Narina the Naughty will host the show, featuring CeCe Swingtime, Marvelously Mae, D’arcy Decadence and many more. You can also expect music and variety acts from Simone DeBonBon, the Vendalay Brothers and others. —Charles Bowles

Arguably one of the best plays of all time and inarguably one of my favorites will be at the Rudyard Kipling for two weeks. You’ll laugh, you’ll cry and you’ll watch a bunch of old Southern hens gossip and basically just go through life together with lacquered nails, big hair and great one-liners at Truvy’s hair salon. Gather up your mother, your sister and your best friends before you head to the play, because this experience is best served with a side of family bonding. The cast includes Victoria Barnes, Jackie Bryant, Kristy Calman, Lydia Kennebrew, Debbie Smith, and Carol Williams. —Sarah Duncan

Eve Theatre Company is a performing arts group by, for and of the ladies. Still in its inaugural year, the group aims to explore the human experience from a female perspective, making the upcoming production of “Motherhood Out Loud” a logical choice for its repertoire. This collection of 20 theatrical vignettes relays the rollercoaster of emotions that accompany motherhood through scenes that bounce from dramatic to sentimental to humorous. More than a dozen accomplished writers collaborated on the play, including a Pulitzer Prize winner and screenwriters for several popular TV shows. Having previously graced stages in major cities from New York to Los Angeles, the production has garnered much praise, with one critic calling it “unexpected and rewarding” and “a funny, tender view of parenting.” —Sarah Kelley

Anthropologists will tell you that the hunter-gatherer lifestyle was real cutting-edge back around 15,000 B.C. In the modern world you can still find tribes in remote areas who live that way … but none of them write (or photograph, or compose web pages) as well as Rohan Anderson, an Australian who may very well be the world’s foremost “hunter-gatherer-blogger.” His methods for getting food to the table while staying in harmony with the land have been compiled into a gorgeous book with the same title as his blog — and on Friday evening Anderson will be signing “Whole Larder Love” at Carmichael’s. The oft-whimsical volume has plenty of recipes but also reflections on the value of time that’s given to hunting and fishing and foraging, instead of waiting in line with armfuls of processed foodstuffs at the Down Under equivalent of Kroger. —T.E. Lyons

For fans of Forced Exposure and Your Flesh: The woman whose family knew her as Lydia Koch before she became a punk teen runaway first made her new name known on 1979’s No New York compilation, produced by Brian Eno as a document of Manhattan’s then-fresh No Wave scene. Lunch and her band Teenage Jesus and the Jerks were as confrontational, abrasive and compelling as rock ’n’ roll was originally meant to be, and she’s kept true to that ethos after more than 30 years as a vocalist, spoken-word artist, writer and very underground film actor. Her latest project, Retrovirus, is “a harrowing cross section of aural schizophrenia,” she says, and her band includes Weasel Walter (from the Flying Luttenbachers) and ex-Sonic Youth drummer Bob Bert. —Peter Berkowitz

Put down that tiny little cup of Chobani or Oikos yogurt. The time has come to stuff your face with some authentic eats. Greek Fest returns this weekend for a three-day celebration of traditional food and dance from the country that gets credit for democracy, the Olympics and John Stamos’ genes. For your bellies: reasonably priced Greek beer, gyros, baklava and lesser-known dishes like souzoukakia (meatballs in tomato sauce, yum). For your ears, eyes and entertainment: live music and 14 performances from three dance troupes. The annual festival, which brought in a record number of attendees last year, raises funds for Assumption Greek Orthodox Church. Free parking is available on Saturday and Sunday in the city garage on Sixth Street. —April Corbin

‘Metal Up Your Eye’

For the latest installment of the annual exhibition of heavy metal music and metal-compatible art, founders, noisemakers and artists Dave Pollard and Eric “Rico” Rakutt are returning for a third year of loud art and visual music. Pollard recently designed all the art for local metal band Stonecutters’ new album, and that band will be performing — for free — along with the like-minded Revenants. Visual artists on display include the founders alongside Patrick Thompson, Dirt Merchant, Panda Gail Smithson, Erik Angelini, Scott Webb, Chris Smith, Autumn Vessells and Rmsey Grissom (aka Ramzar Williams). The Alley Theater should be a spooky enough host for this kind of fun, so try to forget it’s basically summer and wear your finest heavy black trenchcoat. It’s 18 and over. —Peter Berkowitz

The Tallest Man on Earth

The Tallest Man on Earth towers at about 5-feet 7-inches, with his folk and nature-inspired lyrics. The Swedish singer/songwriter Kristian Matsson performs under the stage name The Tallest Man on Earth, and the former Montezumas frontman’s most recent album, There’s No Leaving Now, guides listeners on a journey of confronting weakness instead of running away (the theme of his previous two albums). There’s No Leaving Now also draws on some country-blues influence on the “Revelation Blues” track. Matsson has been garnering comparisons to the legendary Bob Dylan, and Matsson’s voice has a young Dylan twang on “1904,” the lead single off that recent album. Strand of Oaks will also be performing. —Charles Bowles

Festival of the Arts

Louisville’s arts and crafts community will be out in force for this two-day juried outdoor art festival, which will feature 150 of the best artists around the nation. Some of the locals who will have work on display include Vera Gurg and Terri Ross. You can expect a vast assortment of artistic media, including painting, ceramics, handmade jewelry and mixed media, and you’ll also have the opportunity to win “Poppy Garden,” a painting by Robert Rodenberger. A separate art-and-craft market will include folk art, handmade accessories, basket weaving and much more. It’s never too early to start Christmas shopping, is it? —Charles Bowles

Filmmaker David Markey has carved out a pretty unique niche. A guy who was always in the right place at the right time, Markey documented the world-changing Southern California punk, underground and alt culture that still stands as some of the most important and exciting music from the late ’70s through the early ’90s. The films he’ll screen here range from the pair of “Lovedolls” movies, featuring members of Redd Kross, to “1991: The Year Punk Broke,” a documentary starring Sonic Youth and their tour buddies — including a then only-weeks-away-from-stardom Nirvana. Music videos and childhood Super 8 clips will also be screened. A related punk fashion and memorabilia exhibition opens at Land of Tomorrow on Friday night and runs through July 27. —Peter Berkowitz

One thing that’s apparent in today’s art world is that sculpture isn’t just for viewing, you can wear it, too. When PYRO Gallery member Mary Dennis Kannapell, who specializes in sculptural ceramics, decided to ask Julia Comer, sculpture-to-wear artist, to join her in an exhibition, she knew it would be a good fit. Mysticism also ties the artists together. Their use of the ancient phrase “Axis Mundi” for the exhibition title denotes their interest in the creative ideas that stem earth’s connection with the sky. As a result, Kannapell creates mythical creatures, while Comer’s “wearables” (it’s hard to call it just jewelry) uses the organic world as her starting-off point. The exhibition will be open during the June 7 First Friday Trolley Hop from 6-9 p.m. —Jo Anne Triplett

Wall fiber art, such as tapestries, have been around for a long time. But when displaying quilts, most people don’t think of a wall as an option — it’s usually a bed or sofa. The exhibition “Form, Not Function: Quilt Art at the Carnegie” is here to explain why not all quilts are created to keep you warm. This annual juried exhibition is in its 10th year. The single rule is simple — the work must have two or more layers held together by stitches. The jurors of the exhibition chose 25 contemporary art quilts from the 341 entries from around the country. One Louisvillian, Melinda Snyder, made the cut (pun intended). Prizes are awarded, ranging from Best of Show to the Visitors’ Choice Award, which lets exhibition viewers pick their favorites. —Jo Anne Triplett