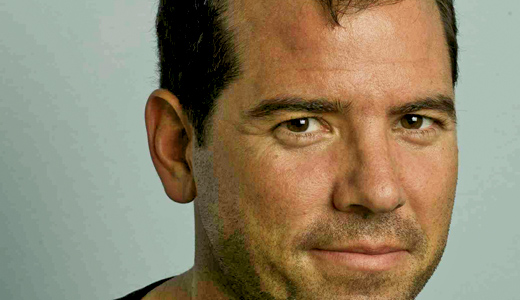 It‘s hard to imagine a room where Graham Elwood is not the funniest guy in it, and he’s spent more than two decades to get himself there. As with all true comedians, the road has been his home for years. You’ve seen him in “Super High Me,” and he’ll be in the upcoming “The Greatest Movie Ever Rolled” with his best friend Doug Benson (he’s also appeared on Benson’s Comedy Central show, “The Benson Interruption”). Elwood has been a guest on “The Late Late Show” and “The Sarah Silverman Program” and hosts the podcast “Comedy Film Nerds.”

LEO: Do you remember your first time on stage?
Graham Elwood: I was 18 years old. I was a freshman at the University of Arizona and I was in a college comedy competition, and the emcee was Judd Apatow. If you go to my YouTube channel, you can see the first time I perform and you see Judd Apatow introduce me. He’s got acid-washed jeans and a mullet.

LEO: I’m imagining one of those radio DJs from the ’80s hosting a wet T-shirt contest.
GE: (laughs) Pretty much, dude. It was exactly like that.

LEO: You work a lot with the U.S.O. Which is harder, a military or civilian audience?
GE: I’ll tell you what, military audiences are some of the best, most appreciative audiences you’ll ever find.

LEO: Besides being over there for a great cause, I imagine Afghanistan being a pretty shitty place to visit.
GE: Uh, yeah … I wouldn’t call it a vacation destination, that’s for sure. One time I was there, hanging out with this other female comedian, and we were just talking, joking around, and a soldier came up to us because we weren’t in uniform or anything, and was like, “What are you all doing here?” And I said, “Oh, we’re on our honeymoon.” (laughs) The soldier almost collapsed.

LEO: I know you and Doug Benson are close friends, but I never like to assume — are you a pot guy?
GE: No, I’m not. In “The Greatest Movie Ever Rolled,” you see us on the road and basically we’re an odd couple. He’s the stoner and everything, and I don’t smoke or drink or anything. But we just go out on the road and act like jackasses.

LEO: Does that leave you to be his babysitter?
GE: No, I’m not his babysitter, but I make sure I’m always driving the rental car (laughs).

LEO: Appealing to the movie geek in you, what’s the best stoner movie ever made?
GE: I’m partial to “Super High Me” because I’m in it (laughs). It doesn’t get mentioned a lot, but I would say “Caddyshack.”

LEO: What’s been your favorite movie of the year so far?
GE: I really liked “Mud” with Matthew McConaughey, that little indie-flick, and “Iron Man 3” was a blast. Oh, and “The Iceman” with Michael Shannon was terrific.