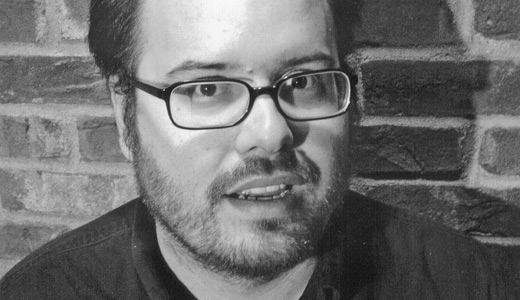 Pound for pound, Dave Waite really is one of the funniest human beings. The self-described “dark everyman” has established an extremely fresh perspective nuanced by a wholly unique comic voice. The Cincinnati native spent many of his early days here in Louisville, kickin’ around guest sets, open mics and emcee gigs before he relocated to New York City a few years back.

Recently, Waite has uprooted himself again and moved to Los Angeles, giving his career that extra “kaboom” (Kaboom also happens to be the name of his debut comedy album). This weekend he’s returning to Louisville.

LEO: Is it a little different doing comedy on the West Coast as opposed to the East Coast?
Dave Waite: Yeah, there’s not as much stage time here as there was in New York … but there is plenty of stage time compared to most cities, I suppose. I’m getting up about four times a week, which is pretty good.

LEO: Are you writing out there?
DW: I’m trying to do some acting stuff, but I’m writing. Everyone’s telling me, “You have to write a web series” — apparently that’s the new thing — so I’m trying to do that.

LEO: So you’re coming back to Louisville. Any places you have to visit when you’re in town?
DW: Well, I have to go to the (Highlands) Tap Room, mostly because it’s the closest bar to the club. And … is it the Back Porch? Is that a place I can go?

LEO: The Back Door?
DW: Yeah, the Back Door. I don’t know if they’re exactly the hotspots in Louisville, but they’re in the closest proximity. Then I just walk up and down Bardstown Road, pop into the shops. I went to a Riverbats game a couple of times ago, and last time I went through the Mega Cavern — so I’ve kinda done a lot in Louisville … I think.

LEO: Can a joke, a series of otherwise benign words all strung together in a specific order, really be offensive?
DW: If it’s funny, it’s funny — that’s all that matters. If you’re doing something that’s a taboo topic and it’s not funny, then it probably is offensive. The key is to make it funny.

LEO: Have you ever had something you couldn’t make funny?
DW: There’s stuff I don’t talk about just because I couldn’t quite figure out how to get my point across. I mean, I’m up there to make them laugh. But really, when it comes to pushing societal norms on stage, I really enjoy doing it — but ultimately, it’s not who I am as a comedian.

LEO: As a comedian, is it more important to perform or write?
DW: I think performing is probably a much higher percentage, probably 70/30 if you break it down. If you’re an amazing writer but a shit performer, then nobody cares, you know? People will see that guy and go, “He should be a writer.” But there are plenty of guys that have terrible material but are great performers, and it hasn’t impeded their career at all.

LEO: What’s your best advice for a young comedian?
DW: Just do it, and keep doing it — even when you don’t want to, keep doing it. That’s the key.