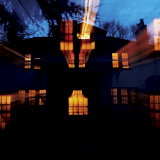 Opening their sophomore release with the sparse and airy drone of “Wendy 2” properly sets the momentum for the remainder of the album. Implodes induce a dreary tone, sustained throughout but punctuated with explosive forays into soaring post-rock. As a whole, the band scans like early Bauhaus or The Smiths cum the shoegaze of My Bloody Valentine, making for a bleak and lumbering final product, hypnotic in its shifting ambience and repetitive rhythmic figures. Dream is thoroughly consistent when consumed as a whole, incorporating several instrumental ambient tracks interspersed between comparatively straightforward tracks, most of which feature whispered vocals, slick digitally distorted guitar leads and an impressive amount of reverb. From the goth-pop high of “Scattered in the Wind” to the gloom of “Bottom of a Well,” Implodes have created the perfect soundtrack to a cold winter night.