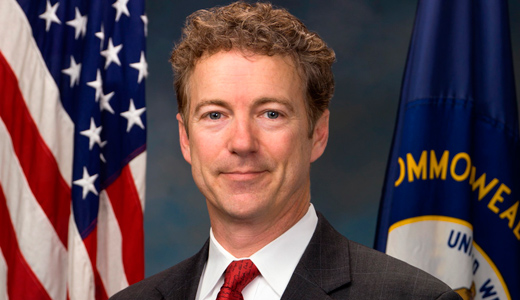 Sen. Rand Paul’s very public ambitions toward running for president in 2016 — as well as grabbing headlines — continued as usual last week, capped off by a Sunday appearance on ABC’s “This Week” in which he called for comprehensive immigration reform, an issue Congress will tackle this Summer.

Two days earlier, Paul attended a Lexington forum on immigration to share details of these views with the local Latino community, continuing his push to expand the Republican Party’s outreach to a growing demographic that has shunned the GOP in recent years.

But Paul was not interested in sharing these views with the local press, as his Senate office told forum organizers at the last minute that he wanted the press barred from the event. Though reporters from television news stations and The Courier-Journal were stiff-armed at the door, LEO Weekly managed to attend.

While neither Paul nor his office explained why press was not welcome, a safe assumption would be that his candid comments at the forum on immigration — especially his criticism of the overly harsh language used toward immigrants by some Republicans, admittedly including himself — might have caused trouble with some conservatives who are skeptical of such reform, or “politically correct” language toward immigrants.

Addressing the criticism of conservatives and right-wing radio hosts who label undocumented workers as “illegals” and “criminals,” Paul said such immigrants shouldn’t be vilified for simply trying to find work in a broken immigration system.

“Sometimes I’m not into touchy feely, but I kind of understand the perspective and it changed my attitude on that,” said Paul. “I’m very conscious of that, and I’ve tried to become more conscious of talking about undocumented or documented.”

Paul’s rhetoric on immigration, not to mention policy, has indeed changed since last fall’s election. Running for Senate in 2010, Paul referred to “illegals” as draining the welfare system, dismissing reform as “amnesty” that “undermined the rule of law” and simply a Democratic ploy to gain more voters. One of his first acts as senator was sponsoring legislation to end the 14th amendment’s granting of citizenship to those born in America, combating what Republicans often call immigrant “anchor babies.”

Now Paul clearly favors not just the legalization of such undocumented immigrants with expanded work permits, but an eventual path to citizenship for those who qualify. However, Paul has openly bristled at use of the phrase “path to citizenship” and has criticized several aspects of the bill opposed by conservatives.

This public dance with those on both sides of the issue will continue this summer as Paul balances his attempt to put a more compassionate face on his party, while not alienating the Republican base he would need in the 2016 presidential primaries.

Sen. Paul’s first major push for immigration reform was a March speech to the U.S. Hispanic Chamber of Commerce, which drew fire from some conservatives. After an AP story stated Paul was “embracing a path to citizenship” for undocumented workers, Paul’s office gave a confusing response rejecting its accuracy. Though Paul clearly is open to such a path, he has emphasized the notion that his is not a “new” or quick path that puts the undocumented in front of those legally applying for citizenship from outside the country.

At last week’s immigration forum — hosted by the Office of the Immigrant, Solidarity and Immigration — Paul stated he is still undecided on the bipartisan “Gang of Eight” immigration bill that recently passed out of the Senate Judiciary Committee, portraying himself as a moderate of sorts — an unusual position for one of the most conservative members of Congress.

“I’m in the middle of this debate,” said Paul. “There are people who are going to vote for anything because they just think we have to do something in Congress. There are people who won’t vote for anything because they’re going to call everything amnesty… I’m conceptually for immigration reform, but I am going to try to make the bill more to my liking before I make my decision.”

One addition to the bill that Paul will propose is an amendment to ensure border security is being beefed up to stem the flow of more undocumented immigrants from the south. Paul says the current bill only proposes a vague future plan to do so instead of set details — which he has compared to aspects of “Obamacare” — and his amendment would require yearly reauthorizations over the first five years to guarantee security goals are being met.

While Paul ducked a question asking him to square his fiscally conservative views with the heavy funding that would be needed for increased security by federal Customs and Border Control — an agency whose funding has nearly doubled over the last decade with little results to show for it — he said the most important aspect to reform is fixing the worker visa program.

Paul says the current Senate bill caps new work visas for agricultural and construction jobs at far too low a level — with a mandated minimum wage that is too high — which would continue to push immigrants into the black market shadows to find work.

“If you don’t fix your work visa program, it doesn’t matter if you’ve got a 20-mile-high fence for 2,000 miles,” said Paul. “You’re still going to get illegal immigration if you don’t have enough work visas for the demand from farmers and others.”

Asked by a panelist whether the wait for citizenship eligibility should be shortened from the current bill — 13 years for most, and five years for immigrants brought to America by their parents as children — Paul said he wasn’t sure.

“I don’t mean this to be flippant: It shouldn’t be too easy, and it shouldn’t be too hard,” said Paul. “Some say if you broke the law you never should become a citizen. I don’t believe that, but I also don’t want to make it too quick either. I don’t know what the answer is.”

The same day as the immigration forum, Paul penned an op-ed in the conservative Washington Times, blasting the Senate bill for requiring a strong E-Verify system database to track the eligibility of workers — which the ACLU also opposes — warning it could be used to create a national ID card, a “draconian” idea he claims could be abused by the government to violate individuals’ privacy.