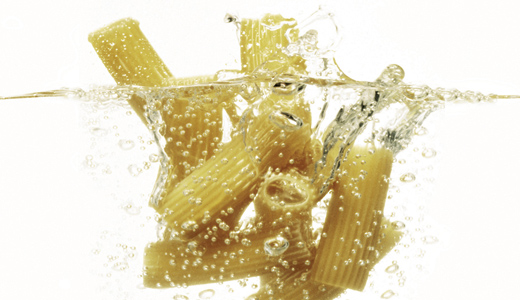 Consider the following, where Michael Pollan, the journalist-professor who came to widespread attention with “The Omnivore’s Dilemma,” reflects on a basic benefit given to us all by the microscopic critters we refer to (in a not-precisely-correct generalization) as yeast:

“‘You could not survive on wheat flour,’ Bruce German, the food chemist at UC Davis, told me, ‘but you can survive on bread.’ The reason you can is largely due to the work of these microbes going about their unseen lives. And though modern food science can simulate many of their effects in commercial bread production, by using commercial yeasts and other leavening agents, sweeteners, preservatives, and dough conditioners, it still can’t do everything a sourdough culture can do to render grass seeds nourishing to humans.”

This passage encapsulates what is fascinating, invigorating and only the slightest bit maddening about “Cooked: A Natural History of Transformation,” Pollan’s latest book-length look into the relationship between human beings and their food. The pages are filled with an ever-flowing fountain of bright facts that are quickly folded back into the clear main thrusts of discussion. But there are lessons woven within the whole — ranging as far as public health and energy economics — and their presence is announced with varying degrees of subtlety, though their effectiveness does not waver much.

The author has rediscovered cooking as an avocation, and he finds that it represents a new, high perch on which to investigate how America reached a point where the majority spends much less time in food preparation than its forebears, yet many turn on cable channels to discover exotic and obscure means of getting sustenance. The realization of this grand paradox owes much to the philosophies and writings of thought leaders in environmental movements past and present. Pollan has often acknowledged his debt to Kentucky’s treasure in such matters: Wendell Berry. Unfortunately, the May 1 Clifton Center event featuring the two in discussion is sold out. However, Pollan recently gave some time to LEO, and during the discussion he described the inspiration he draws from Berry: “In every one of my books, in one way or another there’s been something in his work that helped me understand things I was struggling with. Certainly his famous line ‘Eating is an agricultural act’ underlies all I’ve written about food. What that line says is we need to connect the dots that food is not just an object or a thing — it’s a set of relationships that lead back to nature — and forward to our bodies.”

The means to share what he has to say about cooking and its place connecting people to nature? “Cooked” is based around four sections, each given the space of a novella, and the appendix has four accompanying recipes. But in a brilliant stroke, the recipes are just the follow-through to Pollan’s deep dive into four styles of cooking aligned to the four elements made famous in mythology. Fire becomes pork barbecue; water is the braising that yields a ragù; air is the baking of bread. Pollan attaches a particular affection to the “fermentos” — the alchemists who have learned to harness soil microbes as the foundation for pickling, beermaking, cheesemaking, etc. — and this is presented as the element earth.

As he ventures into all the kitchens, cellars and smoke pits, Pollan seeks something he gives a name to in the book’s conclusion — a term that a Korean chef (expert of kimchi) teaches him. The “hand taste” of personally prepared food, she says, is an antithesis to the “tongue taste” you can find at every McDonald’s. In conversation, Pollan described hand taste thus: “It’s got the character of the individual … It’s not homogenized, it’s not commercialized, it’s not that one taste fits all. It reflects the character of the person who made it. It has the craft of a handmade piece of furniture as opposed to a machine’s piece of wood.”

Pollan’s big-picture view of food-as-an-issue shines through as he shares the statistics that show recent growth in the local food and organic food economies (though he’s likely to disappoint the most extreme raw-food fans).

As the author sees it, “Over the course of the dozen or so years that I’ve been writing about the food chain, more and more people are interested in the story of where their food comes from — and figuring out how they might eat in a way that supports sustainability … I also think that the food issue is more empowering than a lot of other sustainability questions that people deal with. People really feel like they really have options now. You can’t change your power company very easily. You can choose who grows your food — and many people are doing it. I think that’s part of the power of this issue.”