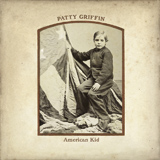 Patty Griffin has long been acknowledged as one of America’s finest modern songwriters. But she has followed different paths since releasing Children Running Through in 2007, recording the shimmering collection of hymns (and a couple of originals) Downtown Church in 2010 and singing alongside Robert Plant in his rocking Band of Joy. Kid marks her return with all original material, and boy, has it been worth the wait. Griffin is at the top of her game on an album written in her trademark personal style that pays tribute to her father, a World War II veteran who lived in a Trappist monastery before becoming a high school science teacher and raising seven children. A bewitching, poignant meditation on mortality, Kid runs the gamut of emotions, offering moments of sheer joy and pain, all delivered in Griffin’s heartrending voice.