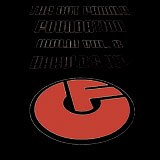 There’s a certain purity in releasing music in anonymity. The Cut Family Foundation has quietly released (guess how many?) albums and songs, as well as music for film and advertising, all while keeping faces obscured and personality hidden. Old Man Cut is a regular attendee at local rap shows but is never in your face. The music speaks for itself, and, by the standards of Harold’s Hip, says plenty. There is definitely an old-school flavor to the Foundation’s production, but it’s never stunted. Hip was crafted using elements from an earlier project, effectively sampling themselves and creating a new quilt out of closeted clothes. “Free Mind” and its accompanying video bounces and sways like a mash-up of “Wild Style” and “The Electric Company.” Endlessly fun and creative, this is a Foundation you’ll be glad to support.