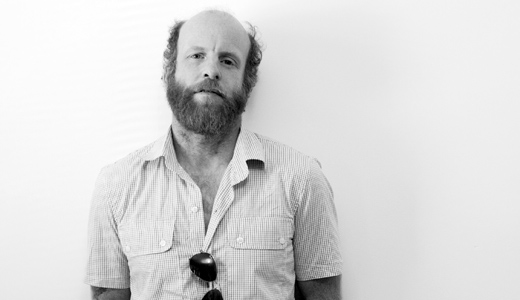 Most people see DJs working a crowd into a frenzy on a wet Friday night and only see a good time. For Juan MacLean, however, such nights can be a different kind of escape — time spent not thinking about dead friends or his own inevitable demise.

“You Are My Destiny” is the latest recording of stylish house music by his band, The Juan MacLean, so LEO Weekly asked what his destiny is. “My destiny is to continue to have near-death experiences — I seem to have one a year lately — until I die, probably in a motorcycle accident,” laments the man formerly known as John MacLean, once a guitarist in the groundbreaking and provocative ’90s electronic post-punk band Six Finger Satellite. “Until then, I’ll continue to make melancholic electronic music.”

MacLean says it wasn’t as big of a leap as it might seem for him to have gone from a noisy Sub Pop band to a DFA dance machine. “Six Finger Satellite was a post-punk band utilizing dance music elements like synths and a rhythm section influenced by disco,” he notes. “The Juan MacLean, in its inception, was simply a reversal of this, a dance music project utilizing live band elements, particularly live drums.”

Six Finger — aka 6FS — faced tragedy when bassist Kurt Niemand died of a drug overdose in 1995, and MacLean again suffered a huge loss when his friend and live drummer Jerry Fuchs died in an accident in 2009. For MacLean, who already quit music once (retiring to New Hampshire, teaching English, “happier to chop wood and do yoga” than play music, as he puts it), the loss of Fuchs has caused him to re-evaluate his path once again.

“So much of my live touring and playing experience was tied into my relationship with Jerry … A lot of the fun of touring with a band is the adventures you have with your friends, though this can also be the biggest nightmare for some people,” MacLean says. “For me, with The Juan MacLean, the band has always been friends that I love and enjoy being around immensely. But in terms of Jerry, I’m just not sure how to address it at this point. It’s still a very painful loss on a personal level, and it resonates through the music.”

MacLean has kept up a steady schedule of DJ nights and plans a new band record soon. When it’s done, he says they’ll figure out what the band will be at that point. “Jerry obviously left an enormous hole that needs to be filled.”

MacLean describes his personality as “destructively all-or-nothing,” which is why he not only quit 6FS, but, “Once I was done, I swore off music altogether … I vowed to never make music again.” It was several years before James Murphy, 6FS’s soundman, was able to persuade MacLean that “it was in my soul and could not be denied.”

Murphy, who went on to lead his own dance-rock band, LCD Soundsystem, also co-founded the label DFA Records, which introduced The Juan MacLean to dance and rock audiences in 2003.

Now, a decade back into it, MacLean appreciates what his two, sometimes conflicting, musical sides have given him. He has spent more years now touring as a DJ than with a band, “as opposed to a lot of band dudes who sort of do it as a fun thing to do after a show or whatever,” MacLean clarifies. “A lot of electronic music producers and DJs come from initial live music backgrounds — I think it makes them far more interesting. If electronic dance music is your only reference, it’s a bit limiting. No, it’s fucking boring.”

While DJ nights such as this Friday’s party at Zanzabar pay better, due to the overhead of traveling a full band around the country, MacLean laughs, “These days, you can just throw a MIDI controller in front of your laptop and call it ‘live,’ and no one is really going to call you out on it.

“I do love DJing, though. After all this time, it’s still my favorite thing to do in all of life, I think.”