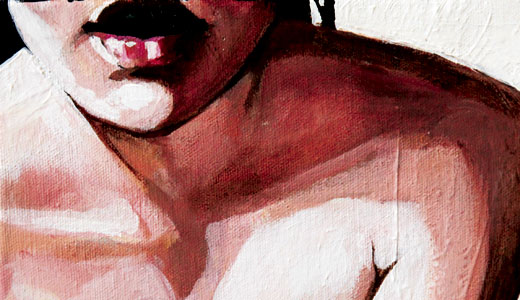 Richard Thompson is like Eric Clapton in that he is British, getting up there in age (having been around in the music world since the late 1960s) and widely regarded to true aficionados as one of the finest guitarists in the world. Unlike Clapton, however, Thompson did not get terribly boring 40 years ago or turn into a soft-rock sap 30 years ago. (Also, Clapton is very rich and famous, and Thompson still has to earn his money). Touring with a bassist and drummer, Thompson is promoting his latest album, the produced-in-Nashville by Buddy Miller Electric, another excellent collection that will not be heard by as many people as it rightly should. (Another difference: Thompson is a terrific lyricist, sharp and insightful, while Clapton wrote “Wonderful Tonight.”) —Peter Berkowitz

It stands to reason that Seattle power-violence duo Iron Lung could not give a shit less what you think. At least that’s what you would expect upon hearing their music, a crushing grindcore onslaught that leaves no mercy for its audience. In their case, “blistering” is an adjective that only grazes the true definition of their sound, which more often than not supports a song structure that is less than one brutal minute per track. To illustrate this point, their newest effort, the self-released Life. Iron Lung. Death has a total of 21 songs, but clocks in at approximately 20 minutes. Opening the show are local hardcore thrash punks Whips/Chains and The New Mexico, who, given their own intensity, should round out the evening well. —Syd Bishop

I love me a play that is inappropriate for children. It means it’ll tackle saucy, sexy subjects and won’t be interrupted by a crying toddler. The Jewish Community Center presents “Avenue Q” this month, the hilariously absurd puppet play about a bunch of misfits adjusting to big-city life in New York and realizing that life is a lot more rough around the edges than what is presented in shows like “Sesame Street.” With song titles like “Everyone’s a Little Bit Racist” and “The Internet is for Porn,” you can see why this is an adult-only venture. “Its irreverent comment on today’s society is tongue-and-cheek and teaches us that a sense of humor can help us all get through life,” says CenterStage artistic director John R. Leffert. —Sara Havens

The Kentucky Museum of Art and Craft is changing its Derby tradition. They used to host an Oaks Brunch as a fundraiser but this year have decided to start anew with “KMAC Couture: Art Walks the Runway.” The event’s sculptural and wearable pieces are by regional artists and designers, including Anne Peabody, Guy Tedesco and du Pont Manual High School visual art students. This is bound to be an unusual show. The artists were instructed to create “wearable art and to treat the runway as their canvas.” Some of the works are made from recycled material and found objects. Foxhollow Farm will provide the hors d’oeuvres, and cocktails will be available. The proceeds raised will go to support the museum’s exhibitions, education and public programming. —Jo Anne Triplett

Hey, remember rock ’n’ roll? Once upon a time, just down the road, there were bands full of golden gods, and they roamed the West. Today a few remain, though most have survived by evolving past the raucous and oft-fatal behavior of their descendants. Bonesetters are among the living, some friendly Hoosiers (Muncie-bred and Indianapolis-raised) who have packed up the van and headed south to share their Century 21 rock sounds with you — passionate, intense, well-crafted, yet not scary. “We breathe in quiet sounds and exhale louder sounds,” they tell us. So bring the whole family (those 21 and up, at least) out to Zanzabar to soak up the sounds on a night that will also include a set by Louisville’s powerful Silver Tongues. —Peter Berkowitz

The last show of Louisville Ballet’s current season is a mixed repertory program of five pieces, including two works by members of the Louisville Ballet. The world premiere of “Ten Beautiful Objects” is by Adam Hougland, the Louisville Ballet principal choreographer. It was created especially for the male dancers of the company and features costumes by Sandra Woodall, a leading ballet designer. Louisville Ballet member Brandon Ragland is presenting his expanded full-stage version of “Silent Conversation,” previously performed at the 2011 Choreographers’ Showcase. The program also has two dances choreographed by “the father of the classical ballet,” Marius Petipa: “Le Corsaire,” featuring one of ballet’s most famous pas de deux, and the Spanish-themed “Paquita.” In harmony with the season, “Spring Waters” by Asaf Messerer rounds out the program. —Jo Anne Triplett

Kids Acting Against Cancer is a homegrown nonprofit group dedicated to funding pediatric cancer research through performing arts. They’ve chosen “God of Carnage” for their spring production, and it’s tough to think of a better way to assemble black comedy and philanthropy under the same roof. Written by Yasmina Reza, “God of Carnage” has graced stages from Broadway to London, having been performed in a dozen or so other countries while collecting superstars such as Jeff Daniels, Jodie Foster and James Gandolfini, not to mention a couple of Tony awards. The play opens with one school-aged boy intentionally removing the front teeth of another. The hair-pulling and name-calling only escalates from there as the parents attempt to resolve their offspring’s issue over cocktails, inevitably devolving into squabbling children themselves. —Sarah Duncan

“It’s not tyranny we desire; it’s a just, limited, federal government.” So said Founding Father Alexander Hamilton in 1787, the year our Constitution was adopted. The fight over federalism has been raging ever since, and on Saturday, a handful of local lawyers and political science professors will delve into the debate of national power vs. states’ rights at a symposium sponsored by the Alexander Hamilton Historical Society. Topics will include whether contemporary American politics reflect the Founding Fathers’ ideals; the impact of landmark Supreme Court cases (including the Affordable Care Act) on federalism; and the politics of fiscal federalism. It’s a lot to cover, and the panelists promise to leave ample time for questions and answers related to this perpetual point of contention in the United States. —Sarah Kelley

“To sustain life as we know it, we must all act. We must all become a mighty kindness. Our planet depends on it.” This is the motto of Mighty Kindness, an outreach program of the Clifton Universalist Unitarian Church. For six years, the group has been hosting biannual “Hoots,” determined to encourage awareness and strength in the community. This year, the Earth Day Hootenanny boasts a slew of activities and partners — Turners Circus and the Taoist Tai Chi Society, alongside several local musicians. During this entertainment, however, you will also have the chance to browse and buy from local artists, as well as participate in free workshops built to encourage an eco-friendly lifestyle. The Hoot is a family-friendly event, built to bring out the best in the community. —Natalie French

The Louisville Visual Art Association prides itself on being a “catalyst for education and participation in the visual arts,” and the By-BUY-BYE Art Auction and Sale is designed to benefit their mission. The Art Sale is a free public event, featuring dozens of local artists and more than 200 works of art. It is the auction, however, where things get classy — tickets are $75 for the general public, but the evening will include a cocktail party and live entertainment, alongside the auction. All of the proceeds benefit the LVAA’s very own art education program, the Children’s Fine Art Classes, which caters to “visually talented” students between the ages of 9 and 18. —Natalie French

Kentucky-born author Janna McMahan is coming to Carmichael’s to promote the release of her fourth novel. “Anonymity,” available in trade paperback, is a saga of young drifters and those who interact with them — whether for exploitation or with the hope that lending a hand can make a positive difference. The setting is the gritty district of Austin, Texas, known as The Drag — worlds away from the Appalachian foothills that were one of the autobiographical elements of McMahan’s debut “Calling Home.” The new work shows other significant turns from her previous work — for instance, “Anonymity” is in many ways a psychological thriller — but reviews indicate that McMahan continues to deliver the sort of quality that made her a finalist for the Flannery O’Connor Fiction Award. —T.E. Lyons

This close-knit group of family and friends from the marshes of Chesapeake, Va., has wooed the hearts of many with their self-described “mountain-top chamber” music since the release of their independent debut album Quill in 2011. Spiritual, folk-inspired sonic and lyrical qualities pair perfectly with carefully crafted aesthetics. Appearing equal parts Victorian and early American homesteader, this septet’s American folk rock sound is often compared to Mumford & Sons, The Decemberists or Fleet Foxes. Six weeks after releasing their first major label album, Inheritance, The Last Bison will be at Uncle Slayton’s, along with the Appalachian country quartet If Birds Could Fly, donning long hair, long dresses and an impressive musical arsenal that includes banjos, bells and even Bolivian goat toenails. —Sarah Duncan