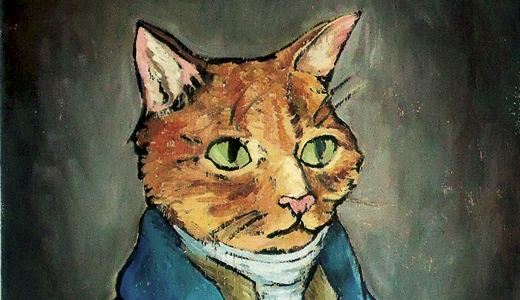 David Rohde has unique bona fides for authoring books on modern geopolitical conflict and its human cost. Not only has this journalist earned two Pulitzers, but he’s lived through months as a hostage of the Taliban. His kidnapping and escape were at the center of his 2010 book “A Rope and a Prayer,” and now he’s coming to the main branch of Louisville Free Public Library to discuss the just-published “Beyond War.” Rohde’s new book is a detailed look at recent events and possible futures for the Middle East and neighboring regions. What is to be made of the Arab Spring? What’s to become of the two countries that held tens of thousands of American troops for years of war, only to arrive at a “peace” that includes a continuing force of hand while drone strikes add tension to much of the populace? —T.E. Lyons

In advance of a book signing in Louisville a few years ago, humorist David Sedaris took the time to chat with LEO over the phone. And as expected, the conversation darted in unexpected directions, with the humorist rattling off absurd (yet weirdly believable) tales, like the time he sampled a woman’s breast milk via champagne flute at a yard sale. Such outrageous hilarity is par for the course with Sedaris, who will share his biting satire, hysterical stories and imaginative wit with fans at the Kentucky Center. The celebrated author will read excerpts from his collection of acclaimed written works, including his recent, “Squirrel Seeks Chipmunk: A Modest Bestiary” — think Aesop’s fables, only funnier, and much more bizarre. —Sarah Kelley

Alex Adams is a Louisville native and Berea College graduate, and an artist who holds an intense desire to share what he loves — namely clay. AA Clay Studio, carefully designed by Adams, is an open-studio space that offers workspace for clay artists and lessons for those not so experienced. The open house Friday will allow for a peek at the installed equipment, such as the electric kilns and plaster room, and serve as an exciting advertisement for what Adams has planned next for the clay studio. This coming year, a gallery and retail area will go in at the front of the space, offering exposure opportunities for several local ceramic artists. —Natalie French

Hunter S. Thompson’s 1970 article “The Kentucky Derby is Decadent and Depraved” is credited for spawning many a Derby bash. The Louisville Artists Syndicate is hosting what they’re calling the “2nd annual officially unofficial Kentucky Derby Festival kickoff event.” Their goal is “to experience the underbelly of the Kentucky Derby Festival through the eyes of … Thompson and Louisville creatives.” With that in mind, they’ll have music by Jake Reber, Jewelry Guns, and DJ Kid Grizzle. Local art will be shown alongside an original Ralph Steadman print of the 1970 Kentucky Derby, plus works by Chicago artist Bryan Eaton and a performance piece by Alli Wiles. There will also be special Gonzo Derby drinks. It’s rumored poet Ron Whitehead, an old friend of Thompson’s, will stop by. —Jo Anne Triplett

Josh Ritter’s songs are narrative poetry, complete with the gentle pluck of a guitar and an understated folk quality. Over the course of his 15-year career, Ritter has sung ballads and medleys, tributes to love and to life, each production intimate in its melodies and harmonies. Ritter tells stories with his guitar on his lap and the Royal City Band by his side, modernizing old personalities like Galahad and Adam, drawing on common folk tales and legends to enchant his audience. His newest album, The Beast in His Tracks, brings him to Louisville on his spring tour — and as a little bonus, each ticket is accompanied by a digital copy of the album. —Natalie French

Headliners is hosting an evening of fine bluegrass music as Asheville, N.C., act Town Mountain and Louisvillians The 23 String Band perform. Touring in support of their fourth album, the 2012 release Leave the Bottle, Town Mountain embrace and build upon time-honored bluegrass tropes for a sound that is both traditional and unique. Lyrically, Town Mountain explores themes of loneliness, recklessness and orneriness, united at their core by a desire to celebrate the human condition. This adventurousness is equally present in their music, which utilizes surf-rock, gospel and folk techniques to enrich their bluegrass roots. Not to be outdone, The 23 String Band have put together a special lineup for this show only, featuring the wonderful violin work of Cheyenne Mize, drummer Patrick Hallahan of My Morning Jacket, and a full horn section. —Syd Bishop

The “D” is Detroit, hometown for this swinging little big band. RJ Spängler, drummer and co-founder, said, “The Planet D Nonet was built around my friends James O’Donnell (trumpet/vocals) and John ‘T-Bone’ Paxton (’bone/vocals) and our shared love of swing music, Sun Ra and the music of New Orleans … Our new CD, Swingin’ the D, covers our love of most of these things and more. We’ll never outdo the masters like Duke Ellington, Count Basie and Fletcher Henderson, but we will demonstrate the feeling that music engenders when heard live as played by some veteran and some younger musicians that truly love this music.” Spängler also said his group plans to focus on the older repertoire when playing the Nachbar, adding, “But if asked, we can do a Ra tune or two.” —Martin Z. Kasdan Jr.

Spring is finally in the air! Ready to spend an afternoon with the undead? On Sunday, Iroquois Park will be the site of a unique recreation mash-up: runners on a 5k race will be interrupted by zombies … and you have the opportunity to be among the undead! When the sirens go off and the chopper takes off overhead, who will have the stones to run into that strange part of the racecourse that’s starting to fill with fog? The organizers have brought on a SWAT team of makeup artists to make sure the zombies are “fully fleshed out” on their way to taking down the fleeing humans. Beer and photo-ops are at the finish line. Note: Due to the bombings in Boston, the race will start with a moment of silence for the victims. —T.E. Lyons

Philadelphia lo-fi psychedelic rockers Purling Hiss are rolling through Louisville, and you owe it to your inner-slacker, Generation Whatever, early-’90s self to go. To clarify, Purling Hiss self-identify as all of the aforementioned adjectives — all fair descriptors, I might add. The result is a sound not unlike Mudhoney or even the Smashing Pumpkins, albeit sans a bit of the indie-emo posturing of the latter, if both bands subsisted on a steady diet of Alice Cooper songs. Initially the solo venture of guitarist/vocalist Mike Polizze, Purling Hiss has recently grown to include a new drummer and bassist. Touring in support of their Drag City full-length release Water On Mars, Purling Hiss have worked together to refine their sound, which includes comparatively quieter material as an offset from the otherwise consistent haze of distorted tunes. —Syd Bishop

Ever wonder what became of that VHS tape of your second-grade talent show in which you dressed as a Smurf and sang “Walk the Dinosaur”? Let’s hope it won’t be on display Monday night at the Found Footage Festival, which showcases clips of videos found at garage sales, thrift stores, warehouses and Dumpsters across the country. It began in New York City in 2004, and this particular tour is hosted by Joe Pickett of The Onion and Nick Prueher of “The Late Show with David Letterman.” Sponsored by the Clifton Center and Wild & Woolly Video, this fest also celebrates an important milestone. “Since Wild & Woolly has been around since the VHS days, and we’ve always been such fans of the odd and unusual, it made sense to bring in the Found Footage Festival to help us celebrate our 16th anniversary,” says W&W owner Todd Brashear. —Sara Havens

Being a huge fan of the whole local movement as well as sharing the same attention span as most young(ish) digital agers, I was pleased to hear the Actors Theatre Apprentice/Intern Company would be presenting eight 10-minute plays written by talented, local high-schoolers. With titles like “Postmortem Proposal,” “Life From a Fish Bowl” and “Battle of the Sugar Plums,” the two-night production will feature a bit of fantasy and fairy tale, a couple battles and brawls, some gangsters and groceries, a motivated mango, and, heck, I hear there’s even a zombie coming to the party. You know you’ll want to be able to say you saw them before they got famous and started tripping over their dresses at the Oscars. —Sarah Duncan

Louisville native Julie Yoder boasts an impressive résumé: not only does she have a BFA in printmaking, she has had work displayed in the Carnegie Center for Art and History. Now she returns to her roots, working at the Kentucky Museum of Art and Craft and harboring a certain fascination with American presidents. Yoder’s display at the Liberty Tattoo and Art Parlor gives a nod to this fascination, featuring portraits of several past commanders in chief, including Thomas Jefferson and John Adams. This exhibit is for art enthusiasts and history buffs, and maybe even for cat lovers — Yoder’s show includes at least one acrylic kitten dressed in colonial garb. —Natalie French

‘Wonders of the Mind’

Curated by Boshko Boskovic, a U of L alumnus who now lives in Brooklyn, the exhibition “Wonders of the Mind” is a project of Residency Unlimited/IDEAS 40203 (International Dialogue and Engagement Art Space + Zip Code). The idea behind IDEAS 40203 is to engage Louisville art professionals with the broader international art community. That concept led to this show featuring Chris Radtke of Louisville, New York City’s Juan Betancurth, and Heta Kuchka of Helsinki, Finland. The exhibition’s focus is to display “the physical and psychological realms of the human body through sculpture, installation and video,” according to the release. No place is that better illustrated than with Radtke’s sculptural series “Notes on Self.” After measuring the dimensions of her body, she built wood structures lined with mirrors to mimic her personal external and internal space. —Jo Anne Triplett

If you’ve been to the new Highlands nightclub NoWhere, you no doubt saw Joshua Jenkins’ art along the back wall. The mural is somewhat a centerpiece of the space and adds to its hip, alternative vibe. If you’re interested in seeing more from this budding artist, his latest exhibition, “Ascertainment,” is now up at the brand new Regalo location on Fourth Street. Jenkins says he’s interested in documenting the life of gay men in the 21st century through his expressionistic painting style. “I use art as a catalyst to express ideologies and emotional obstructions that stem from my life,” he says. “I have always felt as though I have been unintentionally submerged into this queer culture, a topic which has now become a very strong presence in the majority of my work.” —Sara Havens