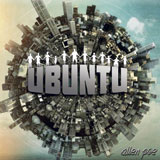 This effort from Basement Up’s Allen Poe is a dine-and-dash, just on the long side of an EP, and mostly satisfying, with a couple notable highs and lows. Named after the African philosophy described by Nobel Peace Prize recipient Leymah Gbowee as “I am what I am because of who we all are,” Poe has embraced the concept (proceeds from his release party go to charity). The highlight is “Put It On Me,” featuring group mate Phorenzics and Skyscraper Stereo’s Mr. Goodbar, a sweeping Chuck MF Deuce production with plenty of room for everyone to shine. Thankfully, I’m told “iMac” is intended as a joke; if it were sincere, it would be embarrassingly bad and not a Slick Rick-style castoff. Excluding this hiccup, Ubuntu sets the stage for an upcoming group LP with a freshly raised bar.