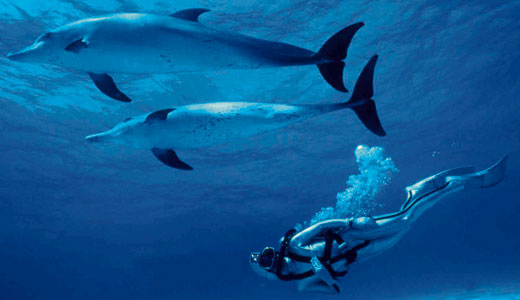 Celebrating a history of almost three centuries, the Black Watch 3rd Battalion boasts an impressive musical reputation. In fact, they’re known worldwide, a tribute to the rich history of Scotland — a surprising beauty in the rough masculinity of the country. Tracing their own history back to 1715, the Black Watch was originally designated to “watch” the Highlands of Scotland; they were tasked with keeping the clans in a state of peace and were later incorporated in keeping the larger peace, drawn into each war Scotland was in. The single night they’ve chosen to spend in Louisville is an insignificant part of their grand history, but it is sure to entertain and allow passage into an older, simpler world. —Natalie French

It might be easy to confuse Todd Snider with the many earnest and often generic singer-songwriters littering the public radio airwaves and coffee shops of post-James Taylor America, but you’d only be hurting yourself. Inspired by ’70s outlaws like Jerry Jeff Walker and John Prine, Snider has earned his place as the heir to their roles as necessary storyteller and painfully funny sociologist. Snider is on a roll these days, releasing two albums last year, the modern-classic Agnostic Hymns & Stoner Fables and Time As We Know It, a tribute to Walker. It might be confusing to hear Snider sing “about how everything we’re taught about goodness and righteousness and capitalism, about God and family values winds up exploding into violence and chaos, wonder and longing” in an affluent private school, but hey, life is complex. —Peter Berkowitz

Lately, the Kentucky Museum of Art and Craft has seemed particularly dedicated to bringing in not only interesting art (or crafts), but also to serve as a venue for the type of abstract or contemplative music that so often accompanies works of art. Thursday features a performance by Icelandic composer, producer and musician Valgeir Sigurðsson. Touring in support of his newest album, Architecture of Loss, released on his own label Bedroom Community, Sigurðsson equally incorporates acoustic and electronic sounds to create compositions that are stark and hauntingly beautiful. Sigurðsson’s Bandcamp claims he has developed “his own particular magic brand of recording artistry and composition,” and while I cannot attest to his ability as a magician, I can say with certainty that what he produces is sublime and ephemeral, a testament to his skill to provoke emotion through music. —Syd Bishop

Louisville Repertory Company continues their 20th season with this existential classic in which Jean-Paul Sartre proclaims, “Hell is other people.” Three deceased characters are forced to spend their afterlives locked in a room together — pretty much like MTV’s “Real World” with fewer people, minus the pimped-out mansion, spray tans and the fact that they’ll eventually get to leave. LRC’s production, directed by Darren McGee and starring Silvio Wolf Busch, Michelle Chalmers, Casandre Medel and Bryce Woodard, will likely be much more sophisticated than a reality TV hot mess. And who doesn’t enjoy voyeurism? “Each performance is much like a game that becomes more fun than the last,” Medel says. “It’s a game of chess that we all keep getting better at while finding new ways to defeat each other.” —Jane Mattingly

The annual beginning of spring is magnificent for oh-so-many reasons. For local lovers of music and/or education, it means it’s also time for the Louisville Leopard Percussionists’ annual “Big Gig” — and this year is an even bigger celebration, their 20th anniversary! Founded by award-winning educator Diane Downs, the ever-evolving group of more than 60 7-12-year-old students from over 25 schools has been featured in a fun and inspirational documentary, “The Leopards Take Manhattan: The Little Band That Roared,” which airs often on HBO, and one graduate, Hannah Ford, recently earned a job as a drummer in Prince’s band. Having opened for My Morning Jacket (at Waterfront Park) and Chick Corea, these kids remind adults how un-self-conscious and fun music can be. —Peter Berkowitz

The French documentary “Le Monde Du Silence (The Silent World)” was one of the first films to use underwater cinematography. Co-directed by oceanographer Jacques-Yves Cousteau and Louis Malle, the film won an Oscar for Best Documentary in 1956. Shot aboard the ship Calypso, Cousteau and his team filmed for more than two years in the Mediterranean Sea, Persian Gulf, Red Sea and Indian Ocean. New Albany resident Bob Braunbeck accompanied Cousteau on several ocean exploration trips as his director of aerial photography and helicopter pilot from 1975-90. He’ll present the screening of “The Silent World” Sunday at the Clifton Center, as part of the Wild and Woolly Film Series. —Sara Havens

Hailing from Winnipeg, Manitoba, Canada, Kill Rock Stars band Boats are making their Louisville debut Tuesday. Boats make tuneful punk music — not quite pop-punk, but certainly punk-infused pop — that is exceeded only by their gleefully quirky public image, which they’ve crafted to be playful and inviting. Boats are clear in advertising this whimsy with lyrical content that ranges from winning the Super Bowl to finding treasure, or to people who give birth to birds; all rather silly topics but indicative of their primary mission, which is to have fun. Touring in support of their 2013 release A Fairway Full of Miners, Boats are rolling through as part of their trip to SXSW, where they will play the Kill Rock Stars showcase with Marnie Stern and Kinski. —Syd Bishop

‘Waking the Dreams of Caffeinated Hippies’

The esteemed Zephyr Gallery has teamed up with Nashville’s COOP Curatorial Collective to bring Louisville “Squint,” a collection of pieces that present the artists’ interpretations of utopia. The impossibility of a utopia is claimed in the word itself, but perhaps it is this concept, while so out of reach, that enables these artists to offer their interpretations through the distortion of modern art. The gallery is a step into a dream world where a utopia is, perhaps, possible — and yet, the shaken perspective and the bright, modern colors instill a sense of disorientation, a gnawing feeling of a philosophy not yet considered. Whimsical and political, Zephyr Gallery is an advocate for free-thinking and the search for a “practical utopia.” —Natalie French

“I found it interesting how different artists can all create ‘realist’ work, yet all come at it from completely different angles, different styles and different methods.” That was the nucleus of the idea that led gallery director Daniel Pfalzgraf to create “Real, Realer, Realist: A Contemporary Portrait Group Exhibition.” Not only did Pfalzgraf get local great Gaela Erwin involved (most of her work is in another exhibition, but he was able to include one piece), he also added painter Steven Assael. The other artists in the show are Sal Villagran and Kelly Phelps. “Funny enough, Sal and Kelly both went to school at the New York Academy where they got to meet Steven and visit his studio, so they were very excited to be able to exhibit alongside him,” he says. —Jo Anne Triplett

I’m happy to report there’s another new art gallery in town. Co-owners Wojtek Pilczynski and Katarzyna Kociomyk recently moved to Louisville and have opened the Fine Art Firm in the Henry Clay Building. The large space also houses Kociomyk’s painting studio. Pilczynski, a gallerist, says they focus primarily on national and international artists but are hoping to add local and regional artists to the mix. FAF currently represents more than 20 artists, including Walter Horak, Barbara Wagner and Ekatherina Savtchenko. “Many Louisville artists are starting to approach me … thrilled with something like this coming to Louisville,” says Pilczynski. “This is what we want to hear. Genuine excitement and understanding that this is simply good for Louisville art and artists. We want to do some good in Louisville through art.” —Jo Anne Triplett