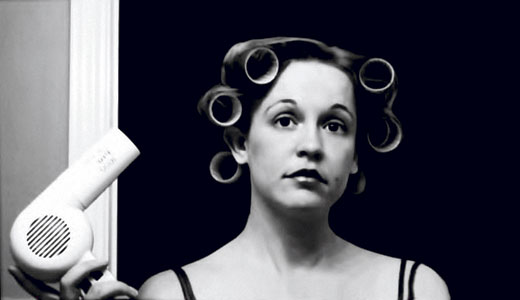 Best known as “The Bloggess,” the irreverent and unpredictable Jenny Lawson is a blogger and author of the book “Let’s Pretend This Never Happened,” which relates through humor the not-quite-true memoir of her life. Lawson’s brilliance lies in her ability to frankly speak about her bouts with anxiety and depression, while telling thoroughly enjoyable stories that include but are not limited to taxidermy, made-up words, her clear love for family, zombies, ghost pugs, and towels. Lots of towels.

A few years back, Lawson quit her job of several years to focus on blogging and writing her book. “I was working in HR at a nonprofit Christian organization. And I had this book I was working on, and I felt like I would never get to write it,” she tells LEO. “And I felt like if I didn’t quit to write this book, then I would go crazy.”

She didn’t go crazy, or at least didn’t admit to it, although her sincerity about her mental health issues has remained a central figure in much of her writing. Having inspired her online community, Lawson was in turn inspired. “I would say the people who helped the most were the community. When I first came out about having depression and anxiety disorder, I thought people would be alarmed. But I thought I would be creating a false history by not talking about it, and the community really came out to support me,” she says. “I’ve got lots and lots of letters of people who were planning suicide who stopped not because of what I wrote, but because of the response to what I wrote. Guess what? It’s totally normal to not be normal.”

How does someone with anxiety problems cope on tour? “It definitely is a trigger. Before I go on tour, I do a lot of behavioral therapy. I take a lot of anti-depressants.” Lawson continues by illustrating her trip to the doctor: “I went to the doctor and he said, ‘I’m going to give you a drug,’ and I was, like, ‘You’re giving me cocaine?’ But it was really just a beta blocker. And the fact that I have a really supportive fan base (helps).”

Given her predilection for the bizarre, it was safe to ask if anything strange has happened on the tour. It has: “Someone brought me a chocolate vagina. I have not eaten it yet, because I’m lactose intolerant and I’m not sure how it would sit. She was a chef and just thought, ‘What would Jenny like? Oh, chocolate vagina, that’s what she needs.’”

Already planning ahead, she shares, “I am working on book two, which is a little more into the foray of mental illness. It’s still humor-based, but it’s a more serious book. It’s going to talk about what it’s like for family members, and what it’s like to deal with personally. I kind of feel like it’s the book I’m supposed to write.”