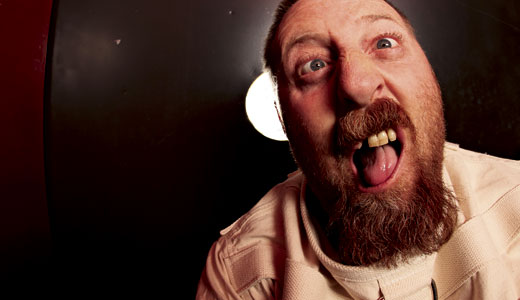 Doctors at hospitals in Dupont Circle have reported increased cases of patients arriving at their emergency rooms on Sundays, complaining of symptoms ranging from migraines, dizziness and panic attacks to full-blown hallucinations. Many cite the nine-hour long block of jazz programming on 91.9, WFPK as a likely cause.

“The patients we’re seeing have mentioned how upset they’ve been getting when they wake up on a leisurely weekend morning, and instead of their usual diet of Steve Earle and Lucinda Williams, they have to hear saxophones, stand-up basses and atonal piano chords screaming at them,” said Dr. Lake Beach of Baptist East.

While doctors hold out hope that coffee, a hearty breakfast and use of iTunes, Spotify or some alternate means of listening to adult album alternative on Sundays might help WFPK’s affected listeners, they fear there is no real end in sight … kind of like the typical jazz number.

MySpace, the social networking site popular between 2004 and 2007, has hired former Louisville-based dance rock band/DJs VHS or Beta to promote a campaign aimed at making the site popular again.

While both have struggled overall to maintain their early ‘00s momentum, MySpace noticed the group, whose music was on trend during the same period as MySpace, remains a highlight of the site, along with groups like The Rapture, !!!, Moving Units and Electric 6.

Now living in Brooklyn, VHS or Beta has a MySpace page that continues to receive high amounts of daily traffic, primarily in South America and certain quadrants of the southern Benelux countries.

“Other, more straight-ahead rockers from back then — Jack White, The Black Keys — keep getting stronger in the mainstream world, but at MySpace, we’re more interested in preserving the world in a perfect 2005 bubble,” noted Jack Hoffman, chief innovation officer for the site, which continues to lag far behind Friendster in the Asian marketplace.